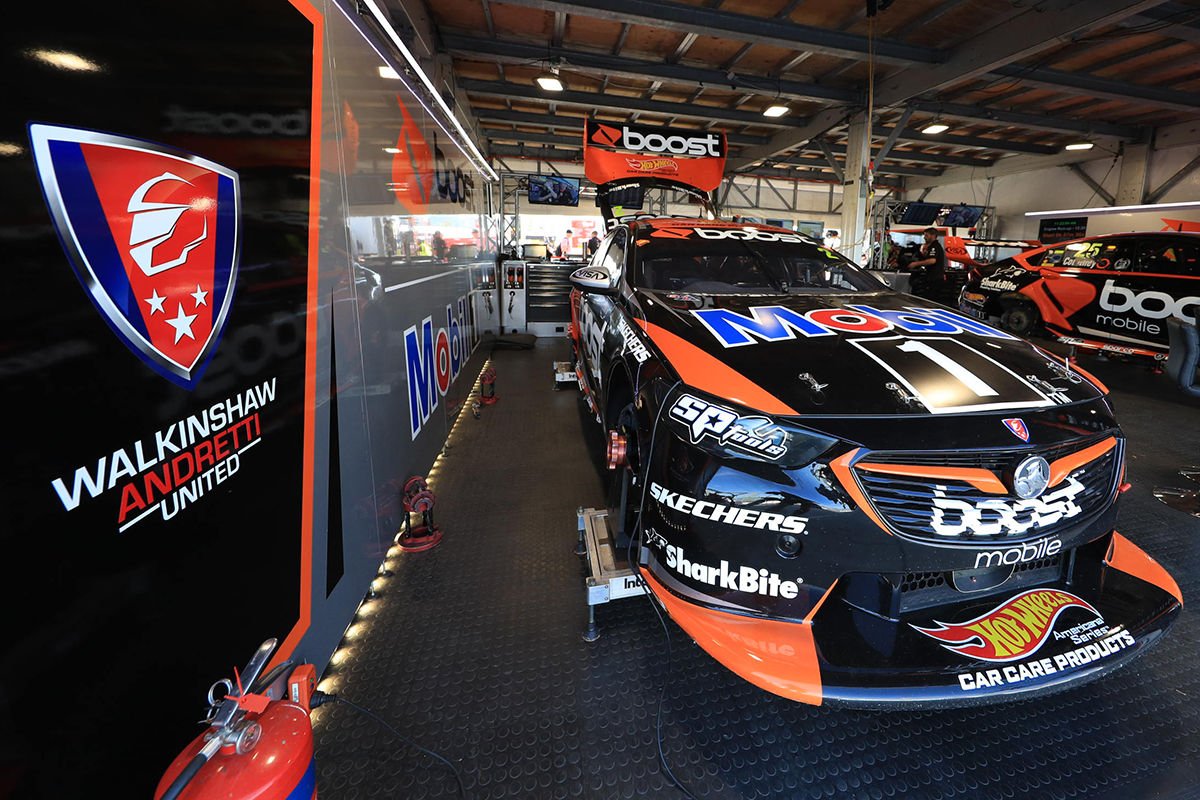 The new Walkinshaw Andretti United alliance’s strong start to 2018 has extended to the Supercars pitlane, leading the PIRTEK Pit Stop Challenge after the first weekend.

Pitting teams against each other in the lane and culminating in a televised final at Bathurst, the Pit Stop Challenge grows from six events to eight this year.

The first two were held during the Coates Hire Supercars Melbourne 400, in the Albert Park weekend’s longer races with pitstops.

Mobil 1 Boost Mobile Racing’s #2 crew for Scott Pye leads the way, having been second-fastest on Friday and third on Saturday to score 49 points.

It has a pair of Tickford Racing entries in close company, with garage-mates Chaz Mostert (fourth and second) and Mark Winterbottom (third and fourth) on 48 and 47 points respectively. 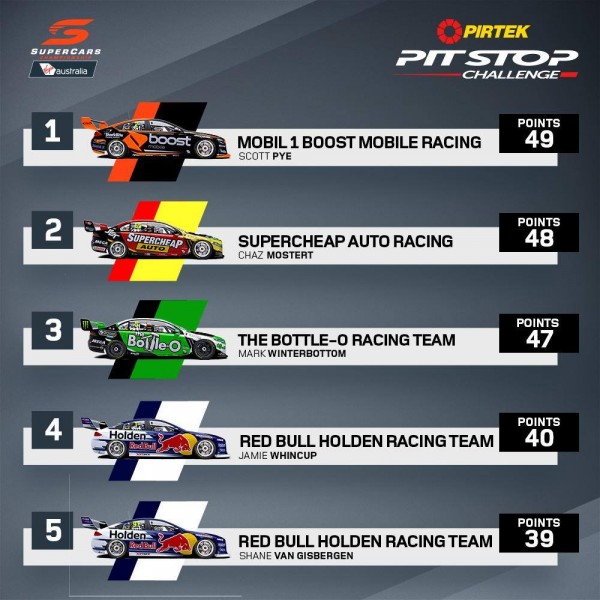 Pye was second in the weekend points, having held off Whincup in Saturday night’s dry-wet thriller to take his maiden Supercars victory.

James Courtney recorded the fastest time of the weekend from pit entry to pit exit, on Friday with a 53.062 seconds as Pye was second in that race on a 53.819s.

Stopping relatively late, a 53.776s played a role in Percat staying ahead of rivals trying to complete an undercut strategy.

“The stop by the guys was mega,” team owner Brad Jones told Supercars.com.

“I think it was 5.3 seconds or 5.2 [for the tyre change] and it's the quickest stop of anyone, even when they were doing six-man stops on wets, so it was an unbelievably good stop.”

Percat’s entry is 10th in the order, three spots ahead of Fabian Coulthard’s #12 Shell V-Power Racing Falcon that took out the 2017 PIRTEK Pit Stop Challenge.

The third leg of the 2018 competition will be the Saturday race of the Tyrepower Tasmania SuperSprint at Symmons Plains on April 7.