Left-front suspension failures on both cars in Sydney was a nasty surprise for Walkinshaw Andretti United, which had no warning of weakness prior to Saturday night’s race.

Relishing the cooler track conditions offered up by the Red Rooster Sydney SuperNight 300 format, the WAU Holdens returned to form at the 3.9km venue.

Scott Pye was second in Friday practice and sixth in ARMOR ALL Qualifying, with team-mate James Courtney eighth and 11th in the respective sessions.

Pye ran fifth and Courtney eighth in the second stint of the race before both cars went to the garage with left-front failures within three laps.

Courtney’s was the first to go on the exit of Turn 2, while Pye’s happened through Turn 7 – both left-hand corners.

?Not the sight we wanted to see with 19 laps remaining, after both cars were inside the 10. #WalkAndUnite #VASC pic.twitter.com/sKgwRM0alA

“We know what failed but how that’s transpired requires us to head back to work and go through all the bits,” co-team principal Mathew Nilsson told Supercars.com.

“There’s obviously some kerb strikes and saw-tooth kerbs and bits and pieces… but we need to work out if it’s a circuit-specific thing or something else.

“The frustrating part is that it was just normal componentry, we weren’t trying any new components or anything different.”

Pye’s car was returned to the track to salvage points in 25th, while Courtney was not classified, dropping them to 10th and 14th in the championship respectively.

“For the effort, it’s disappointing for all the crew, but I think we showed the potential in the car has improved again. We had good pace in the race,” Nilsson added.

“It’s hard to take, but we’ve got a really resilient crew that we’ve been through some difficult times with.

“I can’t fault them for keeping their chins up and working as hard as they can to achieve the result.” 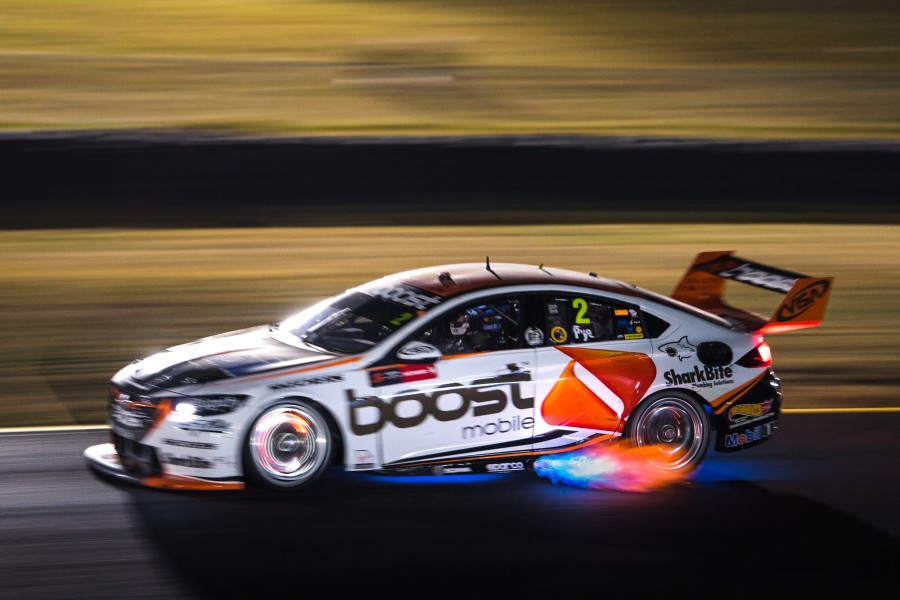 The team had been aggressive with Pye’s strategy – an early first stop momentarily putting him ahead of polesitter Scott McLaughlin when the cycle shook out.

“He drove really well,” Nilsson said of Pye, who quickly dropped back behind the Shell V-Power and Triple Eight entries, before battling for fifth with Chaz Mostert.

“He knew it was an early stop, but he drove to a pace and kept his head when the tyres dropped off, he stuck to the plan.

“It’s frustrating, not seeing how that would have played out.”