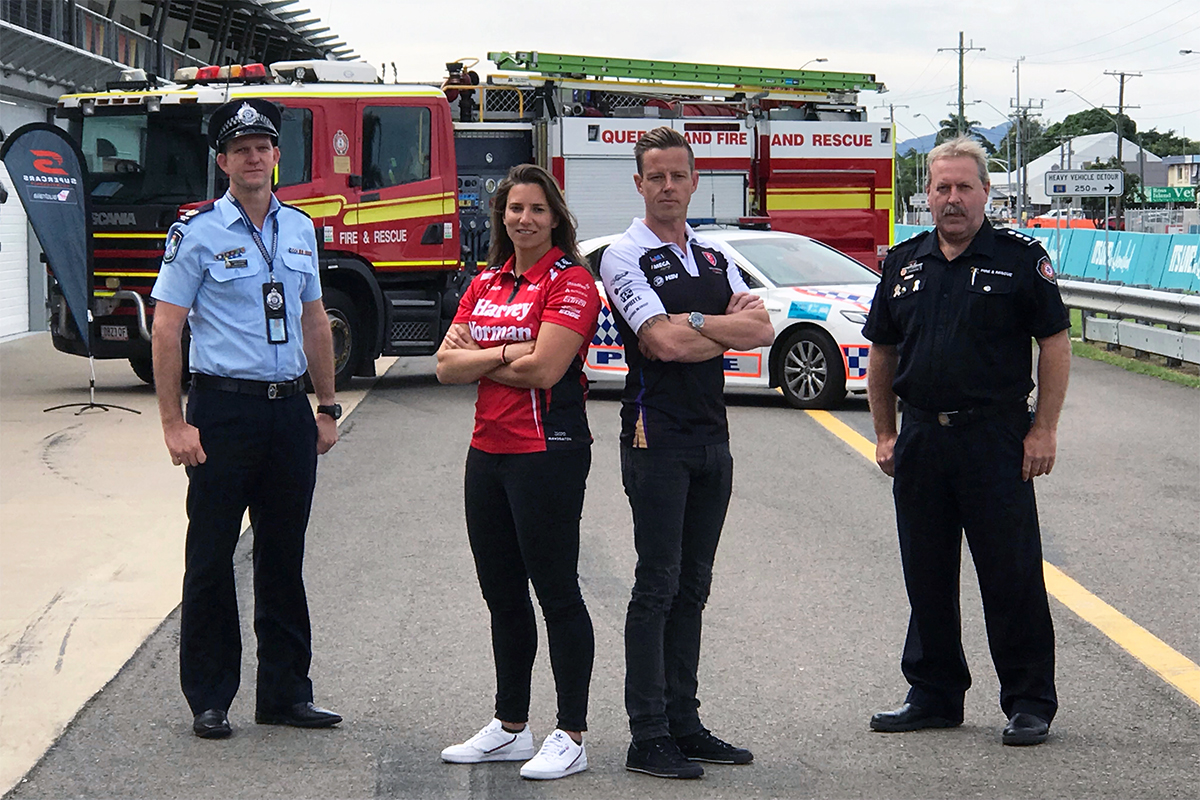 Supercars will pay tribute to those most affected in the Townsville floods and thank the hundreds of people who helped with a ‘Party in the Pits’ for invited guests at next month's Watpac Townsville 400.

With the support of Tourism and Events Queensland (TEQ), Queensland Rail and Watpac, families, community members, volunteers and emergency services workers will be invited to attend.

The pitlane at Reid Park will host the invited guests from 5-7pm on Friday July 5 with the opportunity to meet every Supercars driver and team with food and live entertainment provided.

Supercars will work with local authorities on invitations for the most affected residents, businesses, emergency workers and volunteers.

Drivers James Courtney and Simona de Silvestro were in Townsville on Wednesday to mark 30 days out from the July 5-7 event and announce Party in the Pits, along with Aaron Harper MP, Watpac’s Northern Area Manager Bryan Glancy and local emergency services workers.

Supercars CEO Sean Seamer said it was important to support those affected and thank the people who helped in the recovery process.

“We have been embraced by the City for more than a decade of racing in Townsville, so we wanted to help in any small way we can,” Seamer said.

“It will be a casual, relaxed evening which we very much look forward to.”

The evening is being supported by TEQ, Queensland Rail and Watpac.

“We support events like the Watpac Townsville 400 because they support jobs in the tourism industry,” Ms Jones said.

“But the real supporters are tireless efforts of volunteers and the community.

“The Watpac Townsville 400 would not be able to attract thousands of visitors without their support.”

Queensland Rail CEO Nick Easy said the organisation was pleased to be able to support the Party in the Pits to give back to those who worked day in, day out, to help get communities back on their feet as quickly as possible.

“We have supported the Watpac Townsville 400 event for many years as an event partner and landowner and this year, we are delighted to be able to offer the event additional support for the local community,” he said.

GIVIT is the official charity of this year’s event to raise funds for those affected and a number of items have been donated by Supercars and Supercars teams to a variety of organisations to assist.

One of those attending on the night will win a Supercars corporate experience at the event.

Supercars drivers have visited the City in recent months and met many of those affected while a crew of Supercars staff travelled to Townsville to volunteer their time earlier this year.