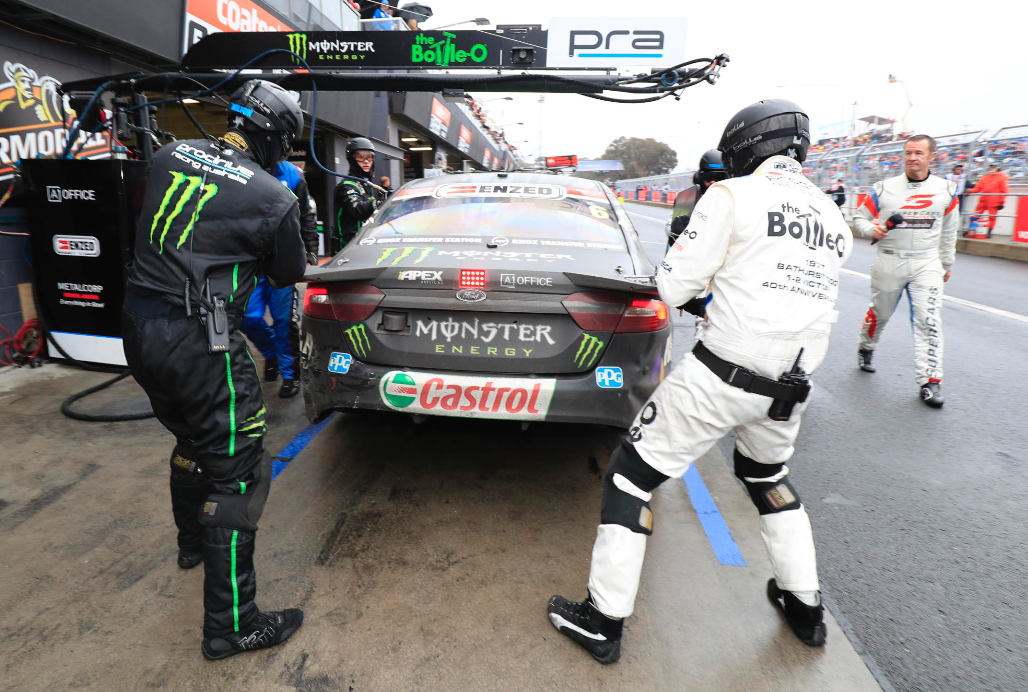 Cameron Waters was passing team-mate Chaz Mostert on Conrod Straight late in the Supercheap Auto Bathurst 1000 when he found out his car had no rear wing.

Waters had been the innocent party in a collision between Mostert and Garth Tander earlier in the lap on a restart that changed the course of the race.

Tander, recovering from an off at Murray’s Corner, was spun by Mostert and subsequently rolled back into the Monster Ford, snagging its rear wing.

While Waters’ wing initially stayed intact, when television cameras cut to the car as it exited The Dipper, the main plane had broken from its left-side mounting.

The Sandown winner pulled out to pass Mostert on Conrod before being told by his team to slow due to the wing damage evident on the screens in the garage.

“I didn’t know the wing was off until they told me. It wasn’t much fun when that happened,” Waters explained.

“When I came onto Conrod I didn’t know there was no wing. I was like ‘shit yeah, I’ve got this mad tow on everyone and I’m going to dive-bomb them into the Chase'.

“Then they said ‘you’ve got no rear-wing’ so I backed it off. The front splitter was broken as well, so I had a bit going on at that point.” 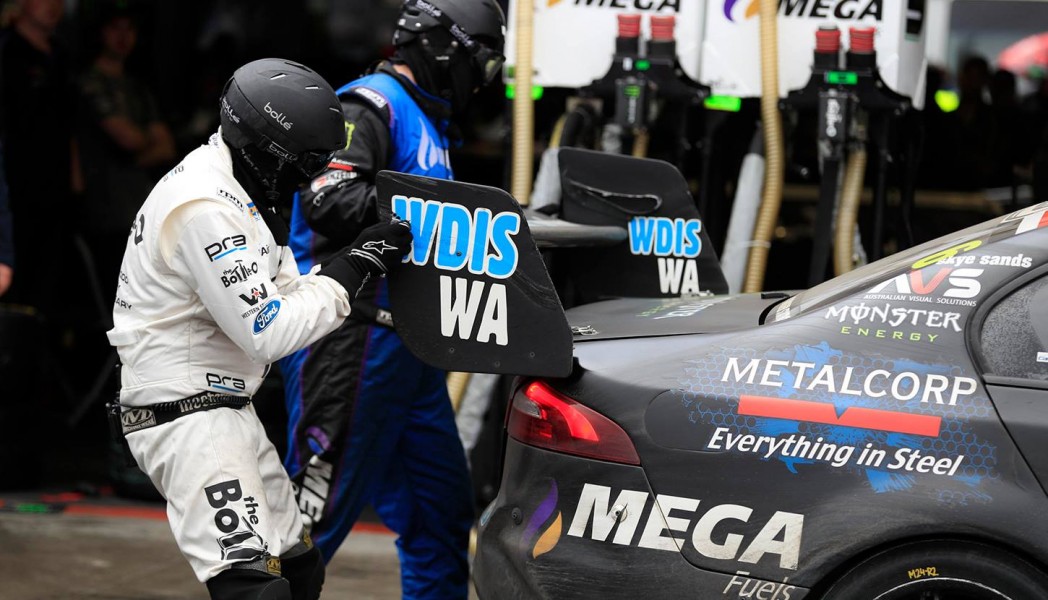 Waters pitted on consecutive laps to first have the broken wing removed and then another fitted in an attempt to remain on the lead lap.

Yet another stop was required under the final Safety Car to attend to the splitter damage, with a 16th-place finish the final result.

Reflecting on the critical restart incident, Waters said he’d done all he could to avoid Tander, diving onto the left-side grass as the Commodore spun.

“Everyone speared off at the last corner, it was obviously a bit wet and I thought everyone had worked out to go a bit easier into Turn 1 but they were a bit crazy,” he recounted.

“I think Chaz and Garth got into each other, I saw it unfolding but I was already on the inside, trying to stay out of it.

“As soon as I saw Garth spinning I had nowhere to go. I tried to avoid it the best I could but just clipped the rear wing.”

The Monster Ford had dominated much of the race’s first half, with co-driver Richie Stanaway showing supreme confidence in fully wet conditions that appeared to suit the Prodrive machines.

Stanaway’s final stint, however, proved tougher going against a field of largely primary drivers on a drying track. 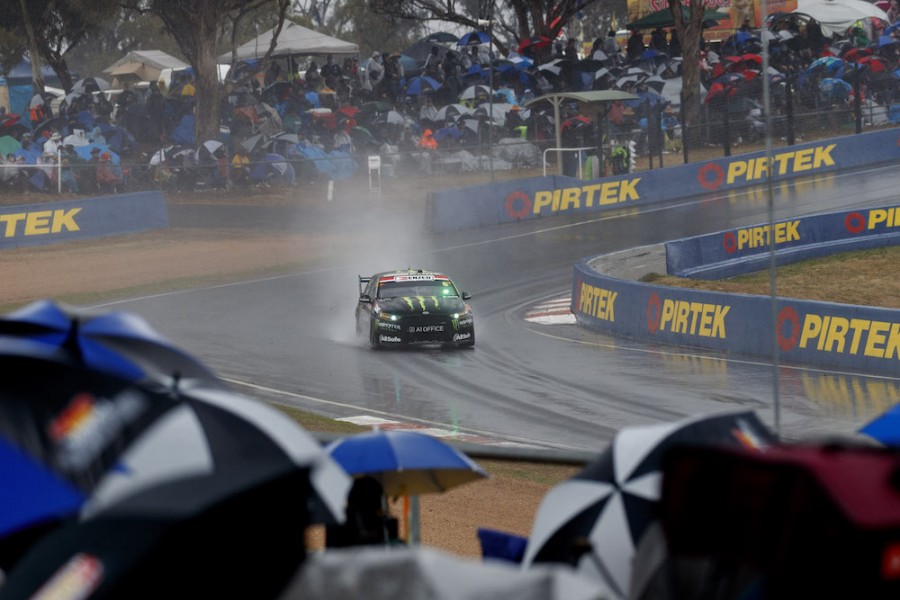 With the field bunched up under a Safety Car for a rock on the circuit on lap 122, Stanaway dropped from first to fourth in the next seven laps before pitting.

Now on slicks, Waters popped back up to fourth when another Safety Car triggered more pitstops shortly afterwards.

Prodrive elected against topping up on fuel under that lap 134 yellow and, three laps short of being able to run until the end, Waters pitted again under green on lap 139.

That put the Monster entry outside the top 10 when the next Safety Car and subsequent chaotic restart occurred.

“At the end of the day, you look at the results and you’re pretty disappointed to get taken out of the race in an incident you have nothing to do with really hurts,” Waters surmised.

“We both drove awesome all day and opened up massive gaps.

“We dominated the first half of the race and it all went a little bit downhill when they pulled a Safety Car for a rock on the road, which was a bit weird.

“But it is what it is. We were up there and you’ve got to look at those positives. It wasn’t all bad.”