Cameron Waters has swept both pole positions on Sunday at the Beaurepaires Tasmania SuperSprint.

Waters, who slumped from second to sixth in Saturday’s Race 6, set his 50.7634s flyer in the first split group of the Race 7 session.

It marked Waters’ first pole since his Saturday Shootout triumph at the season-opening Repco Mt Panorama 500.

“The race car’s where we’re lacking at the moment.

“We tried a few things overnight, the car feels pretty good over one lap.

“We’ll see what we do this afternoon.”

Whincup vaulted from ninth to second in the dying seconds in the second segment of the session.

Whincup’s teammate Shane van Gisbergen, who is chasing a record-equalling eighth consecutive race win, will start Race 7 from sixth behind Will Davison.

Waters returned to set the pace in the first segment of Race 8 qualifying, dropping in an eventual pole-winning 50.5622s time.

Walkinshaw Andretti United’s Chaz Mostert shot to a provisional front row spot, eventually missing out on his second pole of the season by just 0.0186s.

Matt Stone Racing’s Zane Goddard wildly impressed to reach third, before he was displaced by De Pasquale in the second part of the session.

Whincup was only good enough for sixth in Race 8 qualifying, with Davison qualifying fifth for the third time of the weekend.

Van Gisbergen was 0.15s down in seventh, with Penrite Racing’s David Reynolds eighth ahead of IRWIN Racing pilot Mark Winterbottom.

Brown backed up his impressive Race 7 qualifying showing with 10th.

"The first session, I probably didn't get everything out of it, but I did a much better job in the second one," Waters said after the Race 8 session. 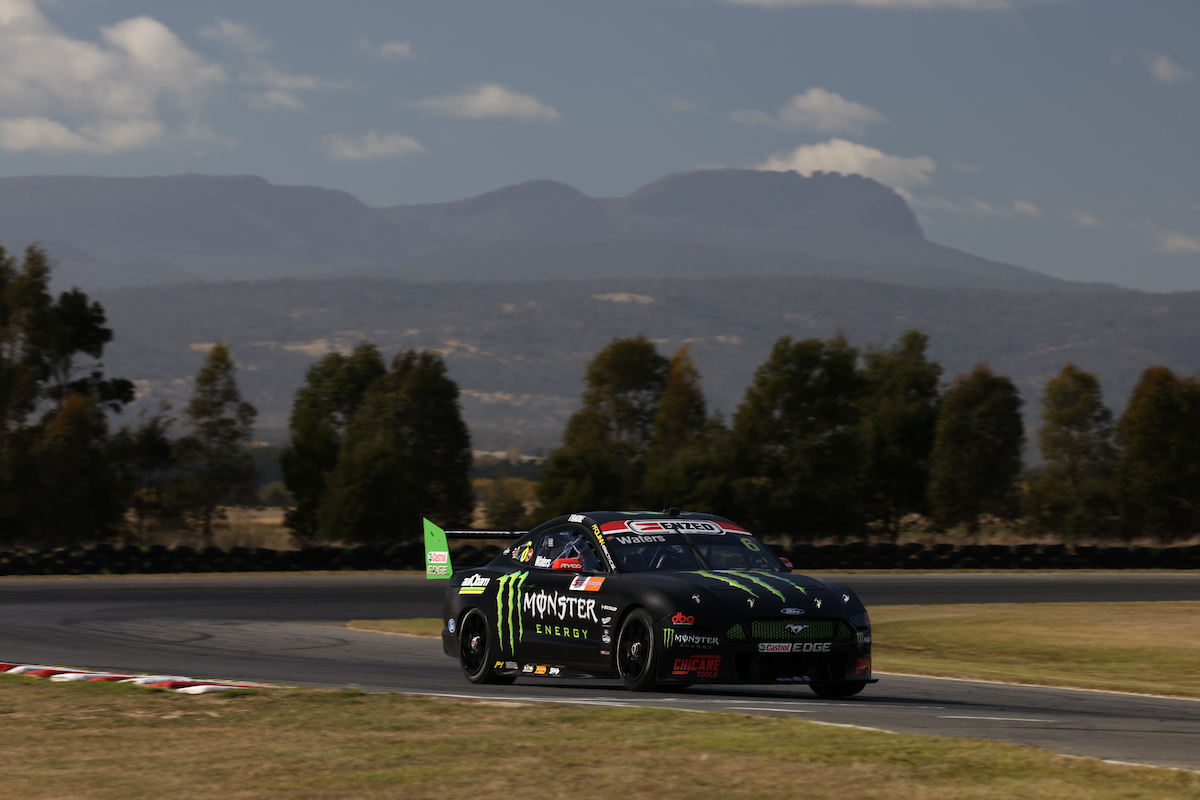 "I'm a little surprised to get both poles, to be honest.

"A bit of tyre life [in the races] would be awesome; we're really good over one lap, we have been all year.

"As soon as we get in the races, the other cars look after their tyres a lot better than what ours can.

"It's not through a lack of trying... hopefully we've gone in the right direction."