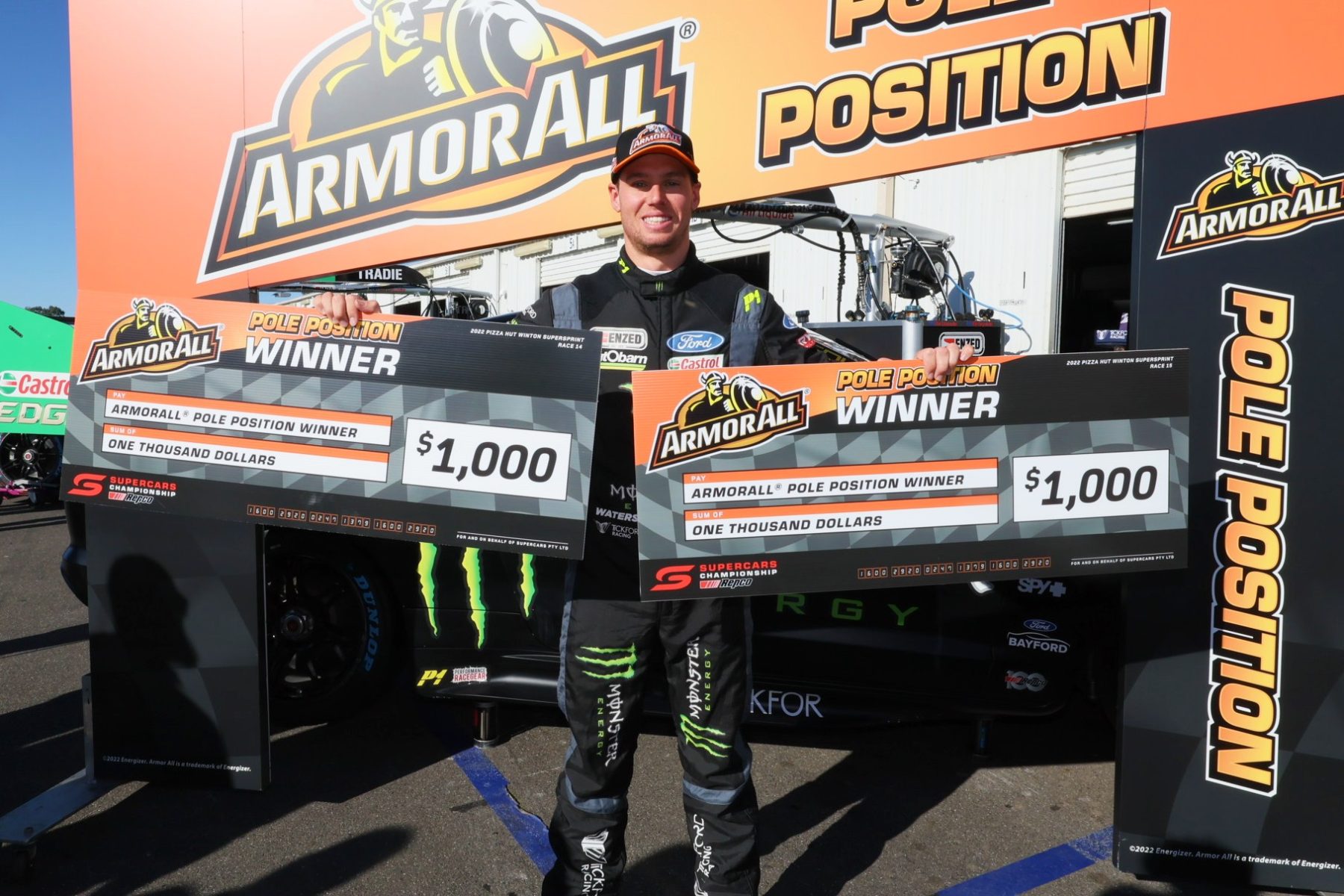 Cam Waters has swept the ARMOR ALL Pole Positions on Sunday at Winton Motor Raceway.

Waters will share the Race 14 and 15 front rows with Shane van Gisbergen.

The Race 13 combatants were split by just 0.006s in Sunday's first 10-minute session.

The 27-car field returned for the Race 15 session, but it was the same front two at the front.

Van Gisbergen clocked a 1:18.491s and returned to pit lane for the final minutes of the session.

Waters hit the track for a final time attack, and put 0.149s on van Gisbergen's time.

"It'll be awesome to be racing Shane again, I got a pretty good start yesterday.

"More of them will be nice... it'll be cool to get after it, hopefully we get on top again."

David Reynolds, who finished third on Saturday, was quickest after the initial flyers in the first session.

Will Davison took over the front-running with the balance of the field in pit lane.

However, van Gisbergen and then Waters turned up the wick, the latter pinching pole.

Reynolds ended up third ahead of Chaz Mostert, Andre Heimgartner and Lee Holdsworth.

Davison ended up 12th, having qualified 13th on Saturday.

Cars returned to the track for Race 15 qualifying, and Van Gisbergen was straight on the pace with a 1:18.491s. 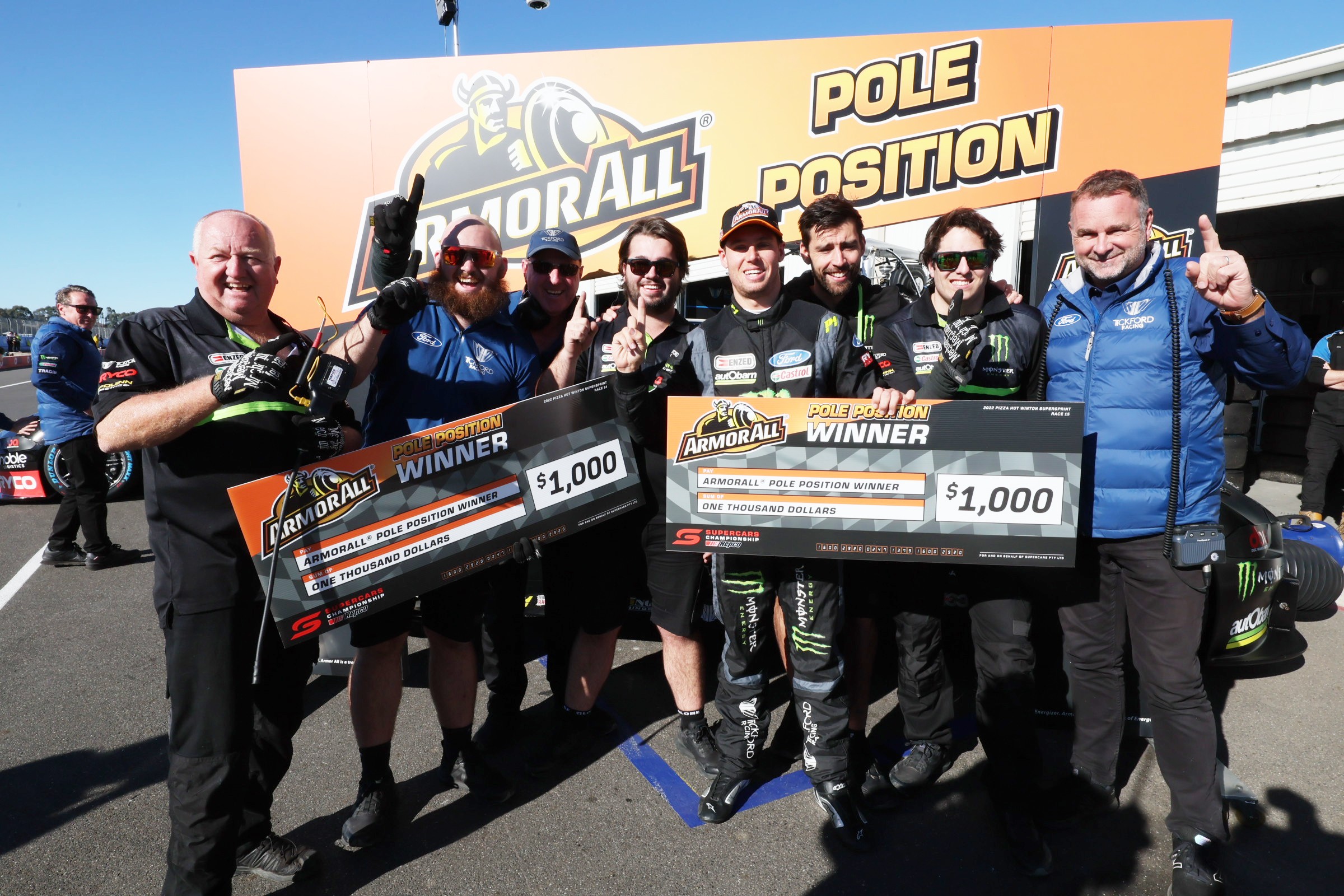 Van Gisbergen returned to the pits for the final minutes, with Waters rolling out of pit lane.

The Tickford ace clocked a 1:18.342s to steal pole, with Heimgartner impressing to third.

Heimgartner will be joined on the second row by De Pasquale, with Brown fifth and Reynolds sixth.

Brodie Kostecki, Winterbottom, Holdsworth and Mostert rounded out the top 10.

It was even worse for Nick Percat, who qualified 27th and last, having qualified 16th for Race 14.

The Pizza Hut Winton SuperSprint will conclude with Race 15 at 3:35pm.