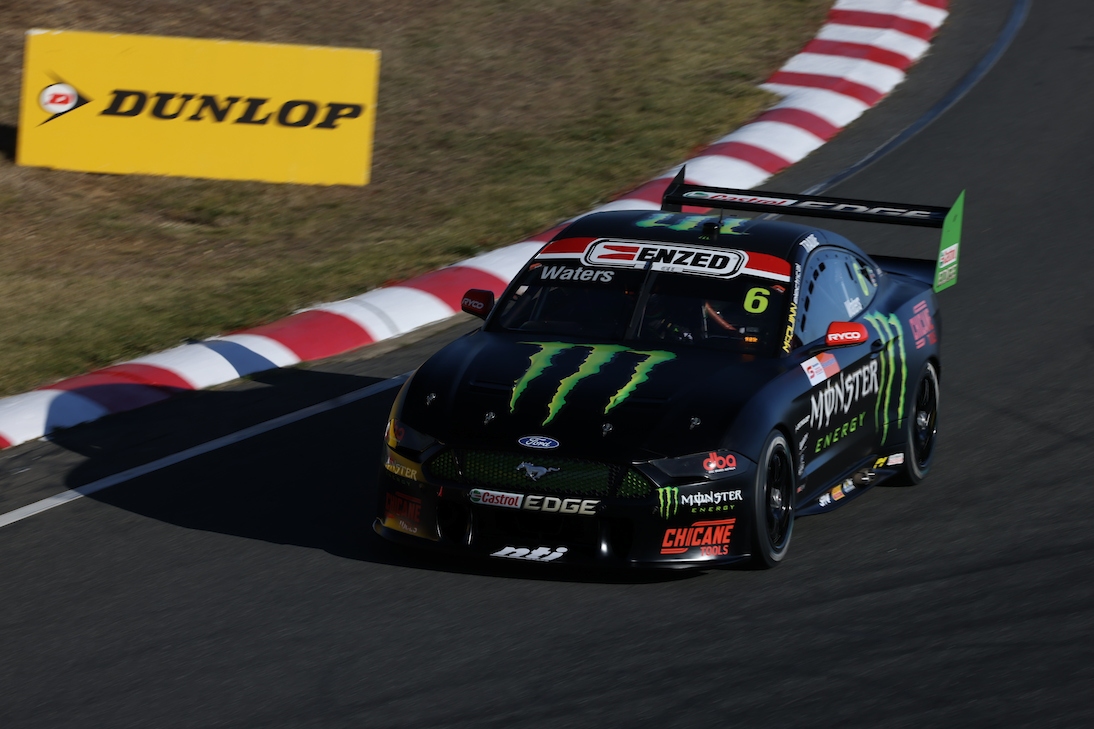 Cameron Waters has pipped Will Davison in opening practice of the Beaurepaires Tasmania SuperSprint.

The 30-minute session was halted in the early stages after the right-rear wheel on Tim Slade’s CoolDrive Racing Mustang parted company at the exit of Turn 7.

After a near 10-minute stoppage, championship leader Shane van Gisbergen set the early running with a series of fast laps on his first run.

In a razing seven-lap run, van Gisbergen soared to the top with a 50.9640s lap to lead teammate Jamie Whincup by just 0.09s.

Slade returned to the track, with the team replacing brake rotors and calipers. He would end the session in seventh, 0.16s down on Waters.

Mostert hit the top with a 50.9067s, with Anton De Pasquale jumping into the top three.

The majority of the field came into the lane ahead of the final run, with the top 10 runners split by just 0.4s.

By the end of the session, it was Waters who topped the first session at Symmons Plains for the first time in over 700 days.

Penrite Racing’s David Reynolds, fresh off a podium at Sandown, was sixth ahead of Slade, with Erebus Motorsport young gun Will Brown eighth.

De Pasquale and Whincup dropped to ninth and 10th respectively.