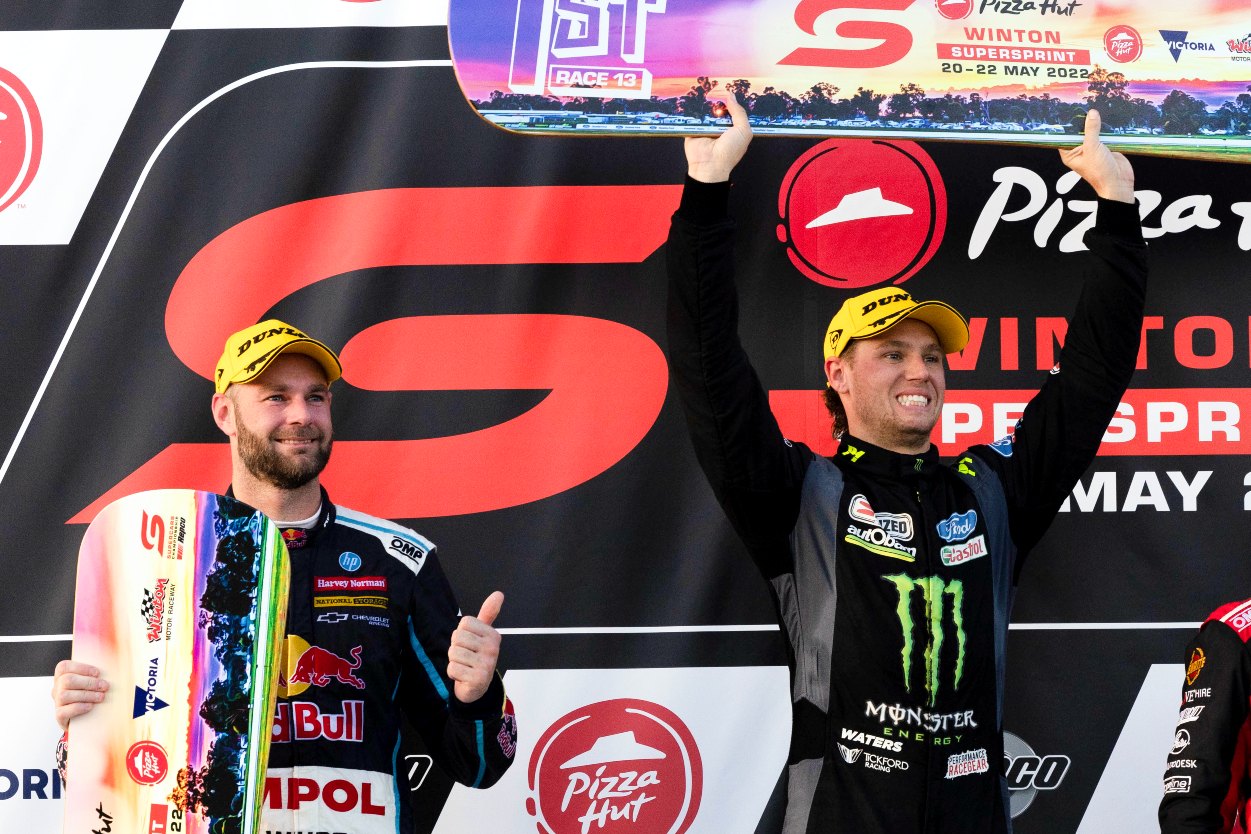 Cam Waters wants to "rain on Holden’s parade” as the Commodore prepares for its final Supercars races.

Holden will sign off from Supercars after this weekend’s VALO Adelaide 500.

The Commodore will be replaced by the Chevrolet Camaro from 2023.

Adelaide will be the final chapter of the storied Ford vs Holden rivalry.

Tickford Racing star Waters will lead the charge of Ford drivers out to deny a Holden fairytale.

The Commodore has already had two such fairytales, with Shane van Gisbergen winning Bathurst and the championship.

Van Gisbergen knows Ford drivers are out to spoil Holden’s party — and Waters wants to be the one to do it.

"We’ve got to try and rain on Holden’s parade," Waters told Supercars.com.

"There’s a lot to play for for those guys, signing off from Holden.

"I feel like we’ve been talking about Holden’s send-off for a few years now.

"We’re going to treat it as another race, another one we want to win.

"It doesn’t change our overall approach. We’ve just gotta get the job done."

Van Gisbergen has locked away the championship, but it determined to win Holden’s last race.

Waters has been the Red Bull Ampol Racing driver’s closest adversary this season.

However, Waters is in fights of his own — the fight for second overall, and ARMOR ALL Pole Champion honours.

Waters is 175 points ahead of former teammate Chaz Mostert with 300 points remaining.

The winner of the pole award also banks $10,000 — a prize Waters intends to spend on his hard-working mechanics.

Given the significance of both battles — Waters has held second since July — he is ready to come out swinging in Adelaide.

"We’ve got to lock in P2 in the championship, and the pole award as well," Waters said.

"There’s a fair bit to fight for.

"I’ve got a fairly solid buffer [over Mostert], but it’ll be nice to lock that away.

"I'm going to go all out for race wins, not that we don’t usually.

"If we put the other stuff aside, we’ll get the job done."

Cars will hit the track for the VALO Adelaide 500 on Thursday.

Tickets for the event are on sale on Supercars.com and Ticketek.com.

Fans flock to welcome Supercars back to Adelaide

DJR points battle to go down to the wire