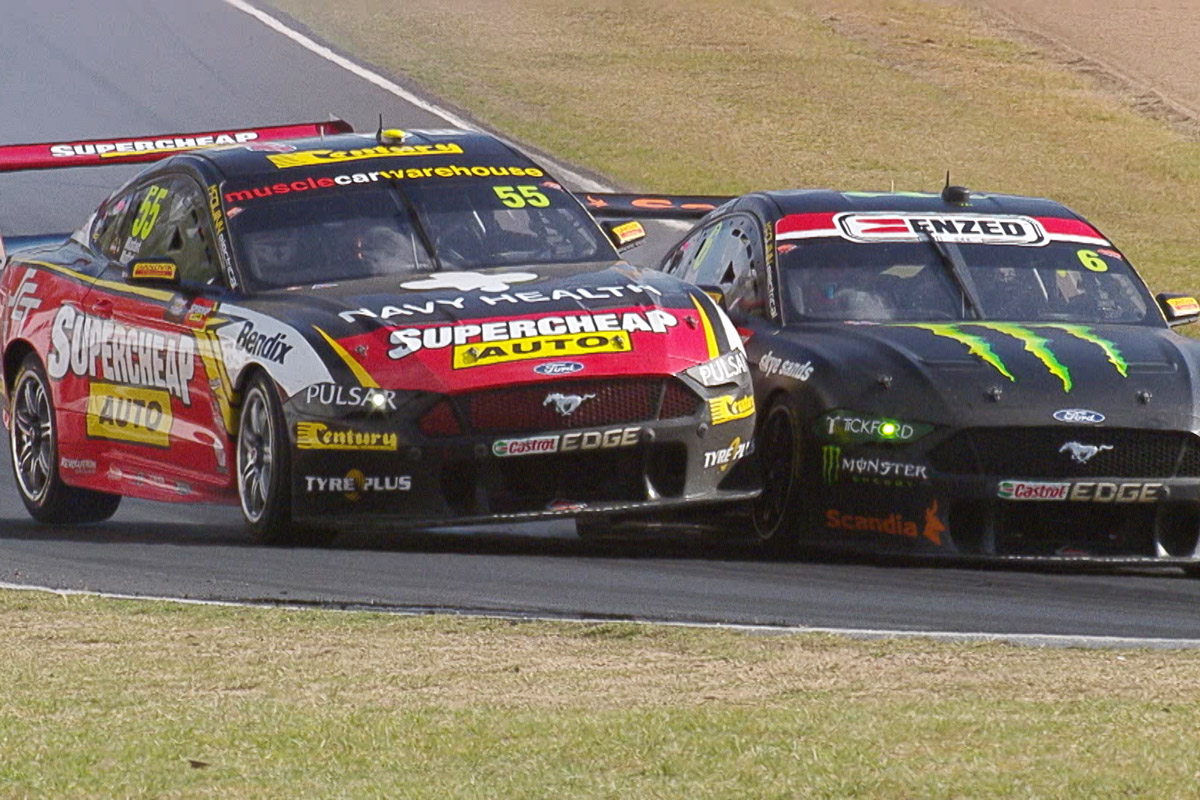 The most recent driver to win a Supercars race, Waters and co-driver Will Davison enter the 2020 Supercheap Auto Bathurst 1000 as one of the pre-race favourites.

A key topic though could be how Waters and Mostert – the latter is now at Walkinshaw Andretti United – fare in close combat.

It comes as the Monster Energy #6 Ford has consistently shown frontrunning pace at the Mountain, only to be mowed down by friendly fire.

In 2017, Waters was taken out of contention after Mostert spun Garth Tander into his path; in ’18, Mostert collided with Waters’ co-driver David Russell at Forrest’s Elbow.

Most infamous of all though was Mostert’s botched overtaking attempt at The Chase as he and Waters battled for third in the final quarter of the race.

The Mildura product is not worrying about another such incident ruining what shapes to be his best shot yet.

“No real nerves, at the end of the day it is what it is,” Waters told Supercars.com.

“It’s shit what has happened in the past but you can’t really dwell on the past. You have got to focus on the now and what you’re about to do.”

Ironically since Mostert’s off-season switch to WAU, the duo have regularly raced door-to-door without drama in 2020.

Stoked to have scored his maiden solo Supercars win last time out at The Bend, Waters is third in the championship and high on confidence.

As for growing expectations surrounding him and Davison? “It’s obviously cool to be labelled a race favourite but Bathurst throws absolutely everything at you and you need a lot of things to go right through the day for it to happen.

“Obviously Bathurst hasn’t been kind to me in the past so not really buying into it too much, we’re just going there to focus on the job we have to do and hopefully we can actually get to the end of the race this time.”