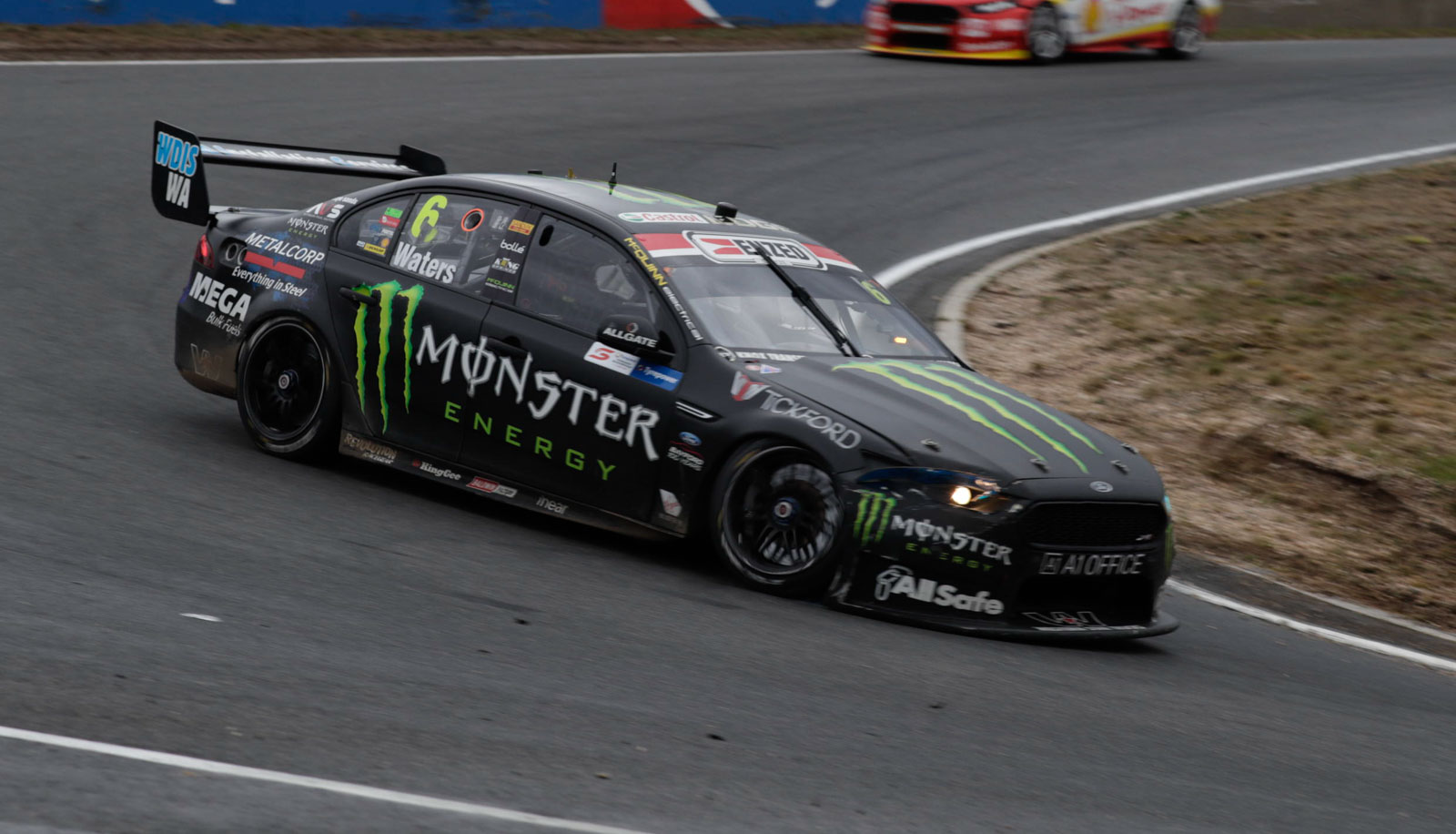 Cameron Waters says the verdict on his incident with Craig Lowndes at Symmons Plains will set an important precedent for the rest of the year.

Lowndes took fifth place from the Monster Ford driver at Turn 6 during the closing stages of Sunday’s race.

The TeamVortex Holden appeared to nudge Waters at the apex, unsettling the Falcon just enough for both Lowndes and David Reynolds to slip through.

With not all evidence available on Sunday night, officials elected to complete their investigation into the incident at the next event at Phillip Island.

The change of position came after Lowndes drew alongside Waters coming onto the back straight, creating a side-by-side battle.

Lowndes briefly elected to back out of the throttle as he was edged towards the damp left-hand track verge at 240km/h, temporarily handing Waters the ascendancy.

"We had a really cool drag race down the back straight,” Waters told Supercars.com.

“We ran through the water which made him understeer and lose a bit of momentum.

“I braked pretty late to try to out-brake him into six to clear him.

“At the apex he got into my rear bar just enough to unsettle me. He passed me. I think it was a bump and run.

“It's (about) what the stewards think of that. If they think it's okay, that's what the rules will be for the rest of the year.”

Speaking to Supercars.com directly after the race, Lowndes said he did not feel any contact between the cars.

“We had good overlap down the straight,” he recalled.

“My only thinking was that Cam was trying to run me high into the water to try and get me under brakes which he did.

“We managed to get by in the end. I don’t feel that we touched and there was no mark on the front of my car.”

The Lowndes/Waters clash is one of three incidents from Symmons Plains still under review, including the 12-car pile-up on Saturday.