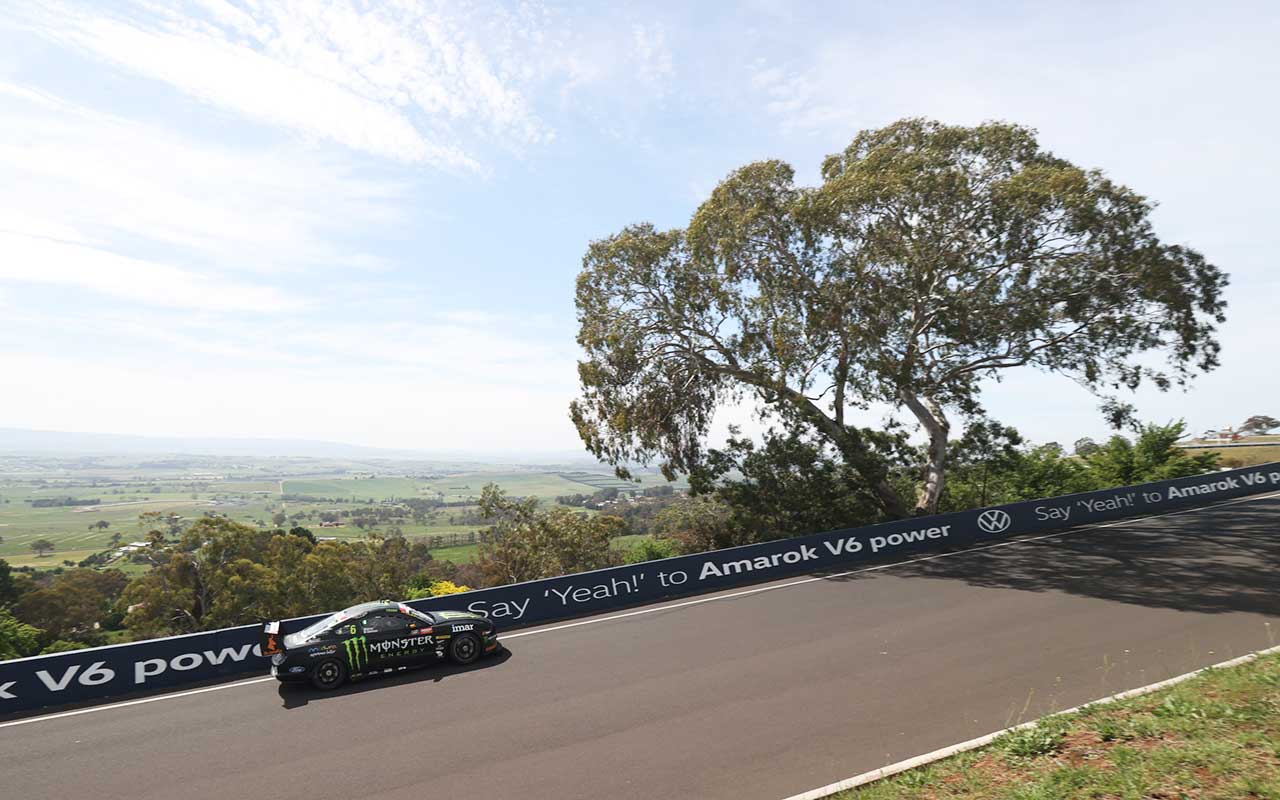 Following a 60-minute run for co-drivers during the morning, the full field had an additional hour-long session to ready for the Shootout and race.

Of the Shootout runners, Shane van Gisbergen wasted no time putting down a benchmark time, clocking 2:04.6283s in the early minutes before handing over to co-driver Garth Tander.

Waters though had the last laugh, shaving 0.1149s from his teammate’s time with 2:04.3493s – narrowly avoiding the Forrest’s Elbow exit wall in the process.

“There were a couple of little moments,” admitted Waters, whose team has topped six of the eight sessions to date this weekend.

“It was just the conditions, there’s so much wind around, it changes the car corner-to-corner quite a lot.

“I think we’re pretty happy and comfortable in the car, obviously it can do the time which is nice, but we’re just going through our program.”

Holdsworth’s time stood for second ahead of another late-improver Chaz Mostert, who overcame early brake trouble in his Walkinshaw Andretti United Holden.

Jamie Whincup ended up just eighth fastest, having run wide at the final corner on what would have been his best time.

The seven-time Supercars champion had also escaped a wild moment at the Elbow in the early going - tagging the wall with the right-rear, but escaping without damage.

“We did a lot of work on the race car to make it nice over a distance, so we’re pretty happy there,” he said.

“When we put tyres on to do a Shootout simulation I locked the rears and almost ran off at the last corner, but the car felt like it had grip.

“The car is quick over a lap, unsure about the race, what’s going to happen 10 or 15 laps into the stint, but I think everyone is in the same boat.”

At the end of the session, drivers were permitted to perform practice starts one-at-a-time at the control line in a new initiative for 2020.

Today’s ARMOR ALL Top 10 Shootout will kick-off at 5:05pm local time, with rain predicted to arrive at Mount Panorama during the afternoon.