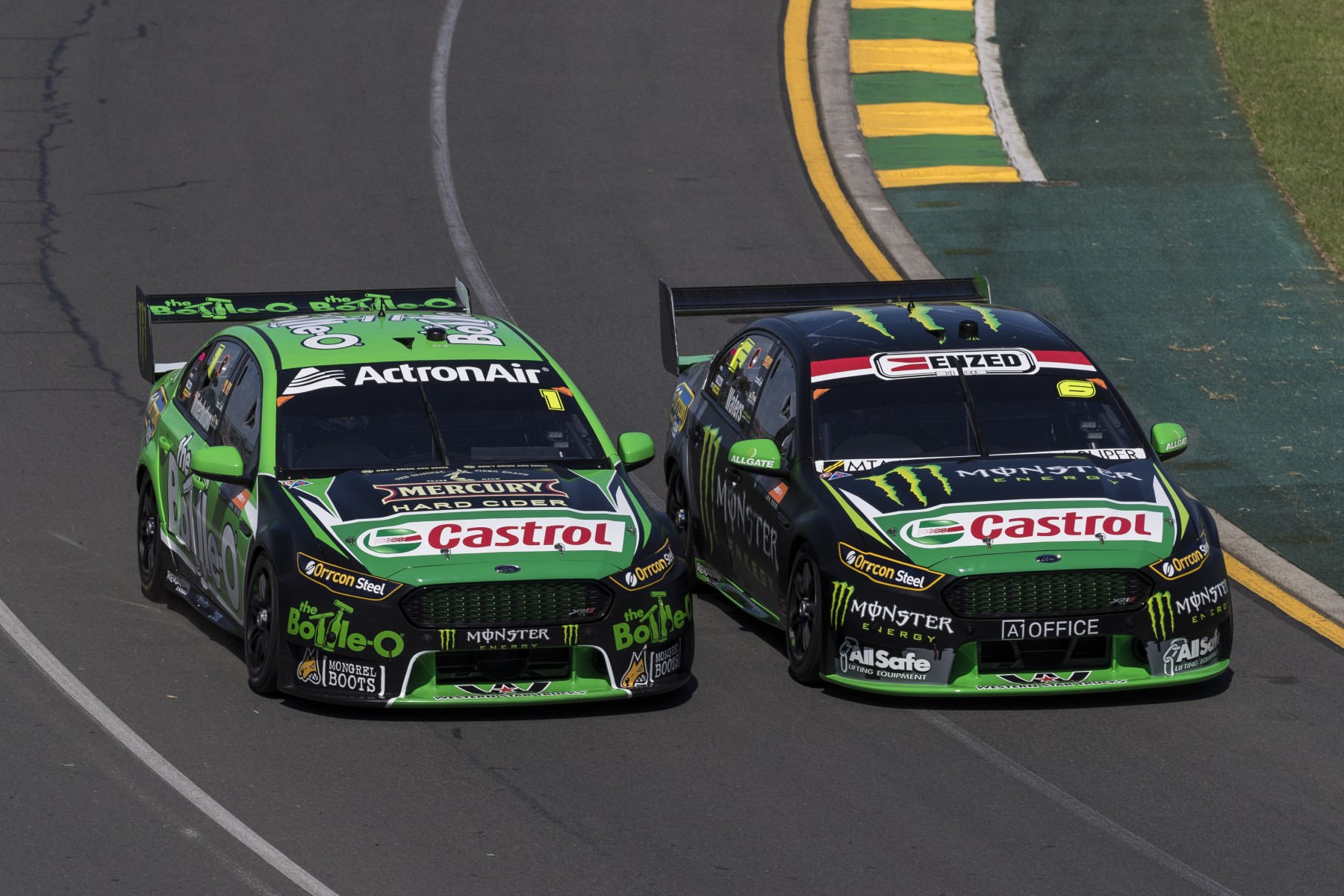 Cameron Waters will step into Mark Winterbottom’s championship winning chassis for the next Virgin Australia Supercars Championship event in Townsville.

Winterbottom shifted into a new car for the weekend’s CrownBet Darwin Triple Crown, after running his old chassis from 2014.

He described it as one of his most successful Supercars – and now it is handed down to his young teammate, who has already earned an ARMOR ALL Pole Position and three top 10 finishes.

“Cam’s going to go into that car for the next round – the car Frosty just came out of,” Prodrive Racing Australia boss Tim Edwards told supercars.com.

“We’re going to give Cam’s current car a bit of a birthday.

“Cam’s got a rookie day, along with a Dunlop Series test on Tuesday next week – so Cam’s running in that car and the two Dunlop Series cars [will run].”

Because he is a first-year full-time racer, Waters is granted one rookie test day in addition to the team’s three test days a year.

Prodrive runs two new generation Ford Falcon FG Xs in the second-tier Dunlop Series for Garry Jacobson and Jack Le Brocq – who are both on equal points at the top of the table – so it will be an important day at Winton Motor Raceway for the squad.

While Waters has progressed well this season, the Darwin event was tough for the 21-year old who finished 24th and 22nd at a circuit he had never raced before in a Supercar.

"It wasn’t a very good weekend at all – I don’t really know what to say, it was a weekend where nothing went to plan,” Waters said after Sunday’s race.

“When I pitted [on Sunday] the whole lane was blocked. I thought there was more room than there was and I managed to clip Garth [Tander] and broke another upright.

“I am massively disappointed for the crew as they did an awesome job all weekend and to get me back out again was fantastic. Our race pace was okay when we got going but unfortunately it was too late by then.”

Waters has more experience at next event Townsville, where won the round ahead of Le Brocq and Paul Dumbrell in the Dunlop Series last year.