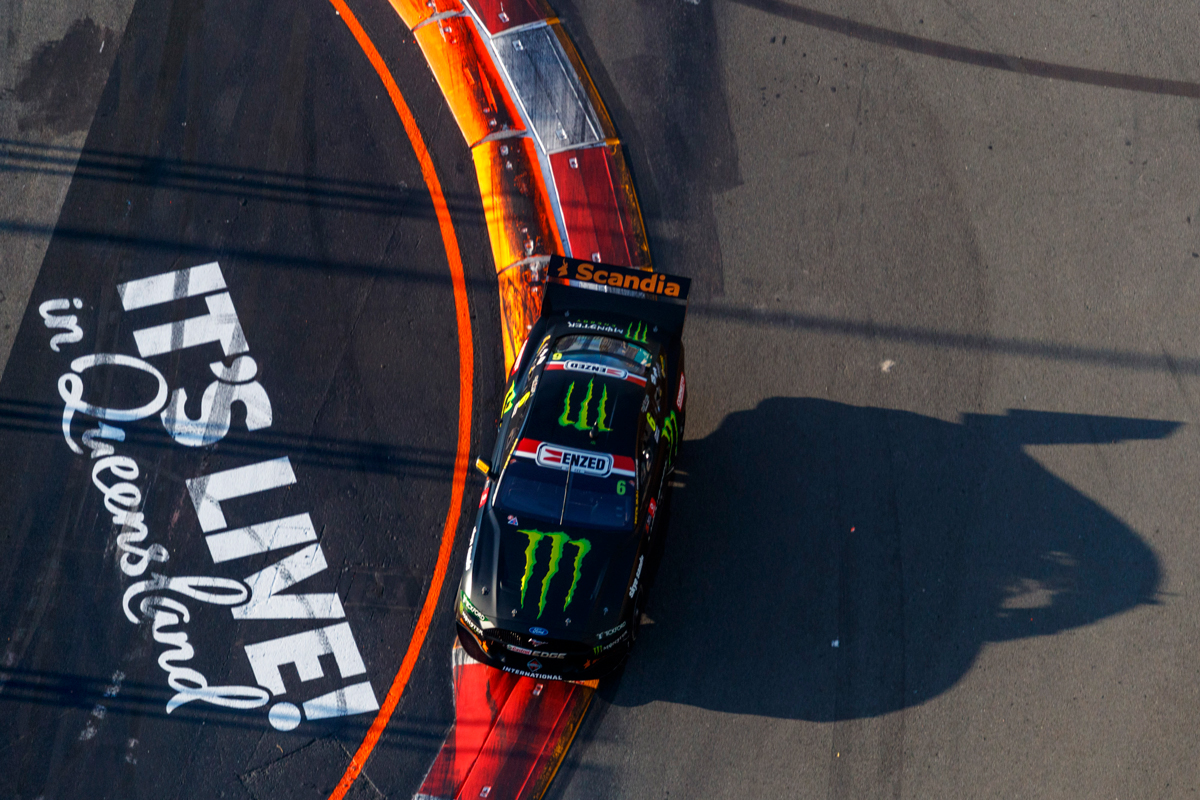 Cameron Waters became the first driver to dip into the 1:09s at the 2019 Vodafone Gold Coast 600 in a session headlined by a bizarre delay.

The third and final Friday Supercars session was stopped 11 minutes into the half-hour due to an excess of water appearing on-track at the exit of Turn 3.

The hazard caused a train of cars to have wild slides, with Garry Jacobson, Jamie Whincup and James Courtney all avoiding disaster.

“I couldn’t work out what happened,” Courtney said.

“I couldn’t really see the water because of the glare at that point and it just barked up and went sideways. I grabbed a handful of wheel and hung on.”

Whincup added: “Crazy stuff, I think someone’s emptied the bath and it’s ended up on the track.

“I came around and all of a sudden the track is wet and we’re all out of control.

“It was only last week [in Bathurst practice] we were in the fence from something unlucky, it almost happened again.”

Practice 1 pacesetter Whincup had been quickest to that point but was pipped by his Red Bull Holden Racing Team stablemate Shane van Gisbergen soon after the session resumed.

Waters, however, would ultimately go fastest with a 1:09.9534s to set the only sub-70-second time of the day – less than four hundredths off Whincup’s 2017 record.

“We weren’t running the best tyre through the session, then we put a good tyre on and I think it’s more in me, just trusting the car’s going to do his job,” Waters said. 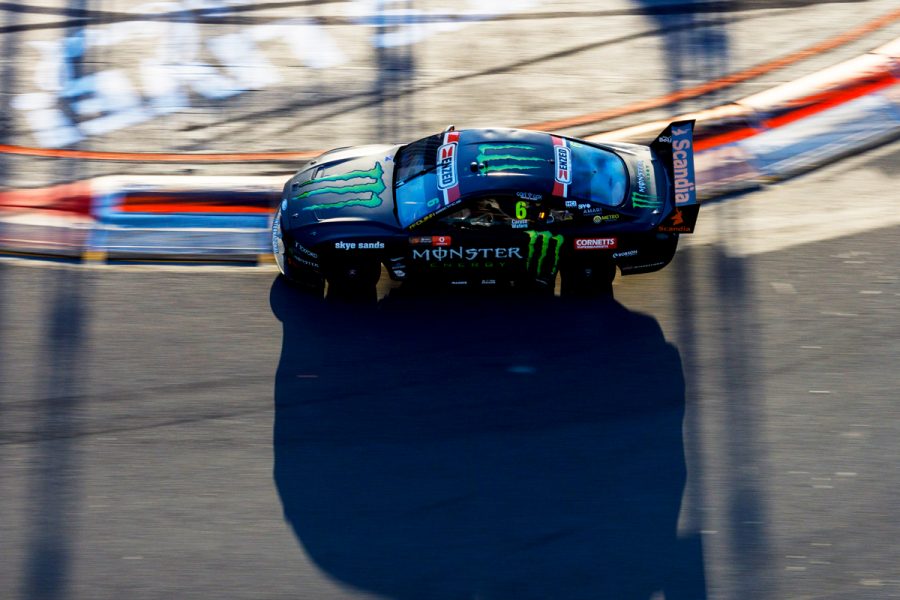 “You’ve got to be on the limit here to be fast. I think every run I had the mirror pushed in and asked the boys to push it back out.

“We might have to put a little spring on that to push it out tomorrow.”

The Tickford Racing driver was in the end trailed by van Gisbergen and Whincup after a flurry of late improvements.

“We didn’t have new tyres, we didn’t want to dip into the race set, so we used some we qualified on in Townsville I think,” said van Gisbergen.

“Second lap the tyre was gone but I drove a bit better, but just losing the tyre towards the end of the lap.

“There’s a bit there in tuning that up, probably a bit in myself as well, I’m a bit gun-shy in the first corner.

“It’s bloody impressive what these cars do, but it probably scared me, I didn’t want to get back in there!”

David Reynolds and Lee Holdsworth rounded out the top five.

Scott McLaughlin could only manage seventh after having a number of his fast lap struck out due to kerb hops.

“Just trying too hard. Today is probably the day to have a crack and see how much you can take,” he said.

“I definitely found that, I think it happened every lap. It’s just me trying too hard, the car is really good, but I need to tone my driving down a little bit.”

Brad Jones Racing got their Tim Slade/Ash Walsh entry back out on track after a Practice 2 accident, Slade finishing 20th.

Saturday action will begin with ARMOR ALL Qualifying at 9:40am Saturday ahead of the Top 10 Shootout.