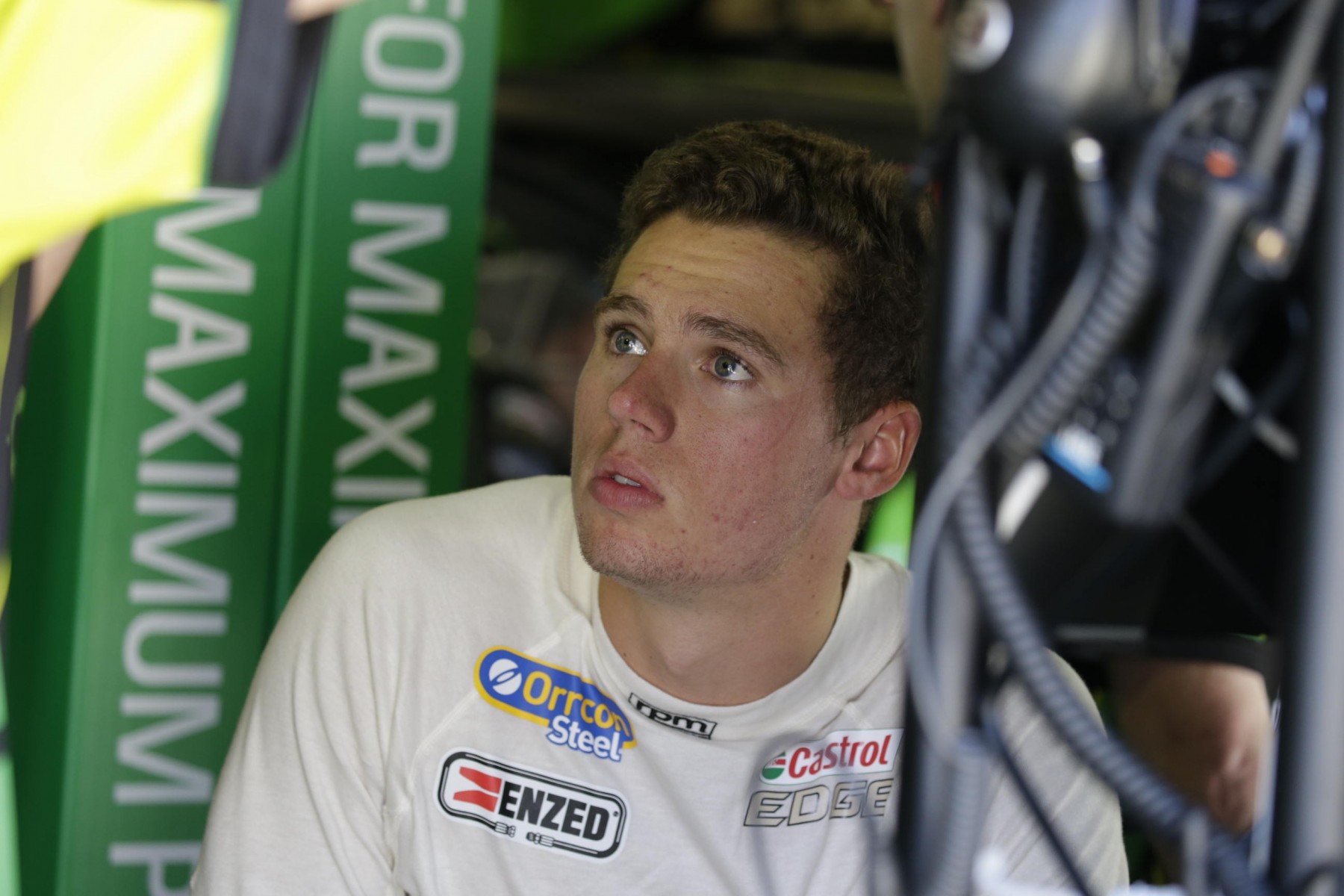 After a challenging run in Darwin, Cameron Waters will use today’s rookie day at Winton to rebuild his confidence and ensure he’s completely comfortable in his Supercar for Townsville.

The young gun switches chassis for the street race, taking over Mark Winterbottom’s championship winning car, with ‘Frosty’ shifting into a brand new Ford Falcon FG X for the last round.

The team will ensure the cockpit is set up the way Waters likes it and that everything is running smoothly before tackling the two 200km races in the Townsville heat in less than a fortnight’s time.

“It’s good to go and test, we don’t get to do it much,” Waters told supercars.com.

Because it is not a brand new chassis it is not eligible for a shakedown, but Waters is granted an additional test day on top of the usual three given it is his first full-time year.

“It’s hard for the rookies to step in and not be able to drive the car that much,” he said.

“So it’s really good for me to get in the car for a day at Winton and try a few things we’ve been wanting to try but can’t at a race weekend.

“Doing more laps in these cars only helps.”

Though the car has been racing up until the last round, it won’t hurt to give it a run and work on some of the issues the team has identified.

“You want to be comfortable in the car make sure the helmet fan, the drink bottle and those things are working good,” Waters said.

“So we’ll go to Winton give it a bit of a shakedown – not that it’ll need it, it has been racing, but it’s good peace of mind…

“There are things I know I’m focusing on as a driver that we’re focusing on in the car. So we will go there with a plan, fix a couple of those things and hopefully … it might help the other cars as well. All our cars are sort of struggling with the same thing.”

Steering a title winner will be a kick for the 21-year old Monster Energy racer.

“Probably nothing [will be] different to my other car but … hopefully it remembers how to win races and can win a race with me!”

Prodrive dominated Townsville last year with Winterbottom and David Reynolds on the podium in both races, while Waters took the round win in the Dunlop Series.

Waters said it was impossible to predict whether the cars will suit the circuit this time around.

“We’ve been at tracks this year we though we wouldn’t be strong and we have been, and vice versa,” he said.

“I think for me personally, it will suit my driving style a bit more than other tracks – I’ve been racing there a few years now in the Dunlop Series so that should help me as well.”

Prodrive Racing Australia will test its Dunlop Series cars with leaders Jack Le Brocq and Garry Jacobson behind the wheel at Winton.

Brad Jones Racing will also be on track testing young gun Macauley Jones in his Dunlop Series Supercar after the team's last test day was rained out.

‘Frosty’ warms up in Townsville

Too happy to be sad

On This Day: Moffat’s title breakthrough