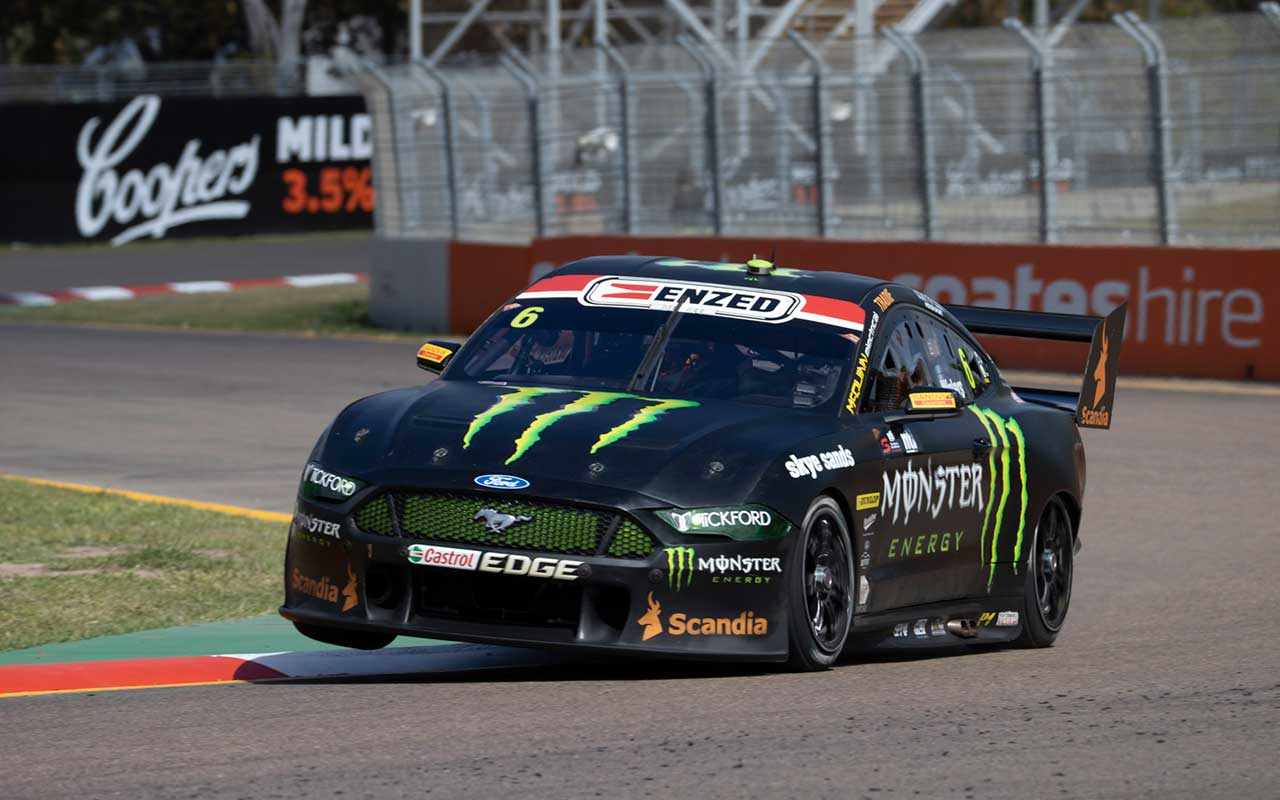 Cameron Waters continued his hot early form at the NTI Townsville SuperSprint by topping the second practice session ahead of ARMOR ALL Qualifying.

Having set the pace in Practice 1, the Monster Energy Ford driver again put down the early marker in the second session.

He all-but matched his Practice 1 time to go fastest with 1:12:6243s 10 minutes into the half-hour session, which stood until the final moments.

Scott McLaughlin gave the first indication of his pace by going second, just 0.0216s adrift, at the halfway mark.

The championship leader then went fastest with 1:12.4511s just 20 seconds from the end, before Waters went 0.1557s quicker again.

Fabian Coulthard ended up third thanks to a late flying lap in the second Shell V-Power Racing entry, making for a Mustang sweep of the top three.

Nick Percat was the lead Holden in third ahead of Chaz Mostert, David Reynolds, Mark Winterbottom and Shane van Gisbergen.

Lee Holdsworth was ninth for Tickford while Jamie Whincup rounded out the top 10, little over half-a-second behind Waters.

Like Practice 1, the second session ran green for its duration, with a power steering issue for Alex Davison the only real drama.

The upcoming ARMOR ALL Qualifying will include a Top 10 Shootout, setting the grid for the opening race of the weekend.