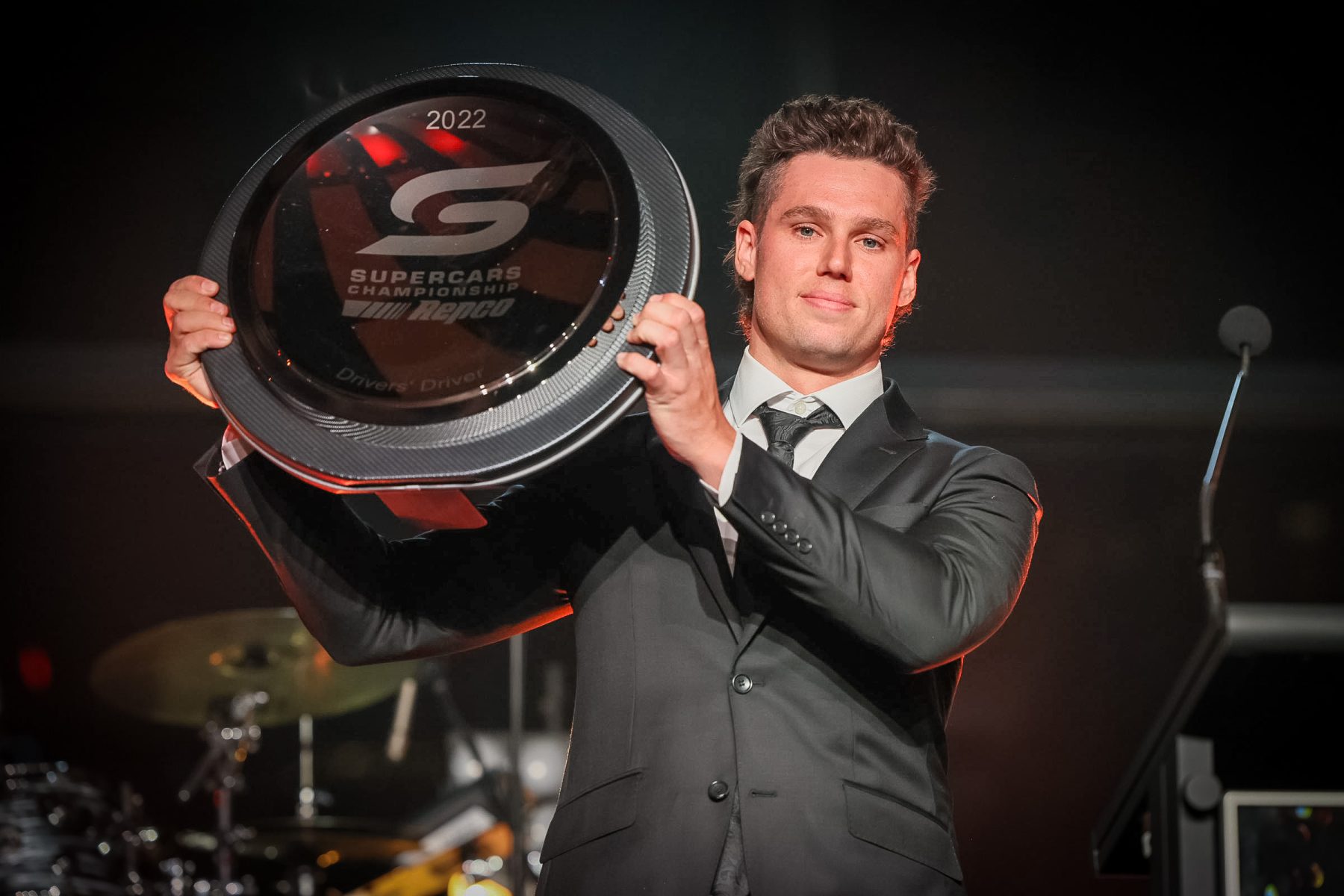 The Tickford Racing spearhead was revealed as this year’s Drivers’ Driver at the 2022 Supercars Gala Awards.

Waters accepted the honour at Monday’s awards ceremony at the Adelaide Oval.

Van Gisbergen and Waters are the only multiple winners of the Drivers' Driver, which was first awarded in 2015.

He claimed a third straight Bathurst podium, a second Bathurst pole and claimed wins at Winton and Darwin.

The Drivers’ Driver is voted on by the drivers, and recognises ‘outstanding conduct’ over the course of a season.

“It’s the second time I’ve won this and it’s absolutely awesome,” he said.

"I need to thank all the drivers that voted for me.

"The drivers that didn’t, it’s probably because I ran into you through the year.

“Not because I meant it — I just probably wanted the corner a little bit more than you did. So, sorry about that.

"I need to thank my whole team, Tickford Racing.

“They’ve given me an amazing car this year and let me do what I can do, so thank you.”

He also praised former teammate Lee Holdsworth, who was an emotional winner of the Barry Sheene Medal.

Craig Lowndes and Tim Schenken were announced as the latest inductees into the Supercars Hall of Fame.