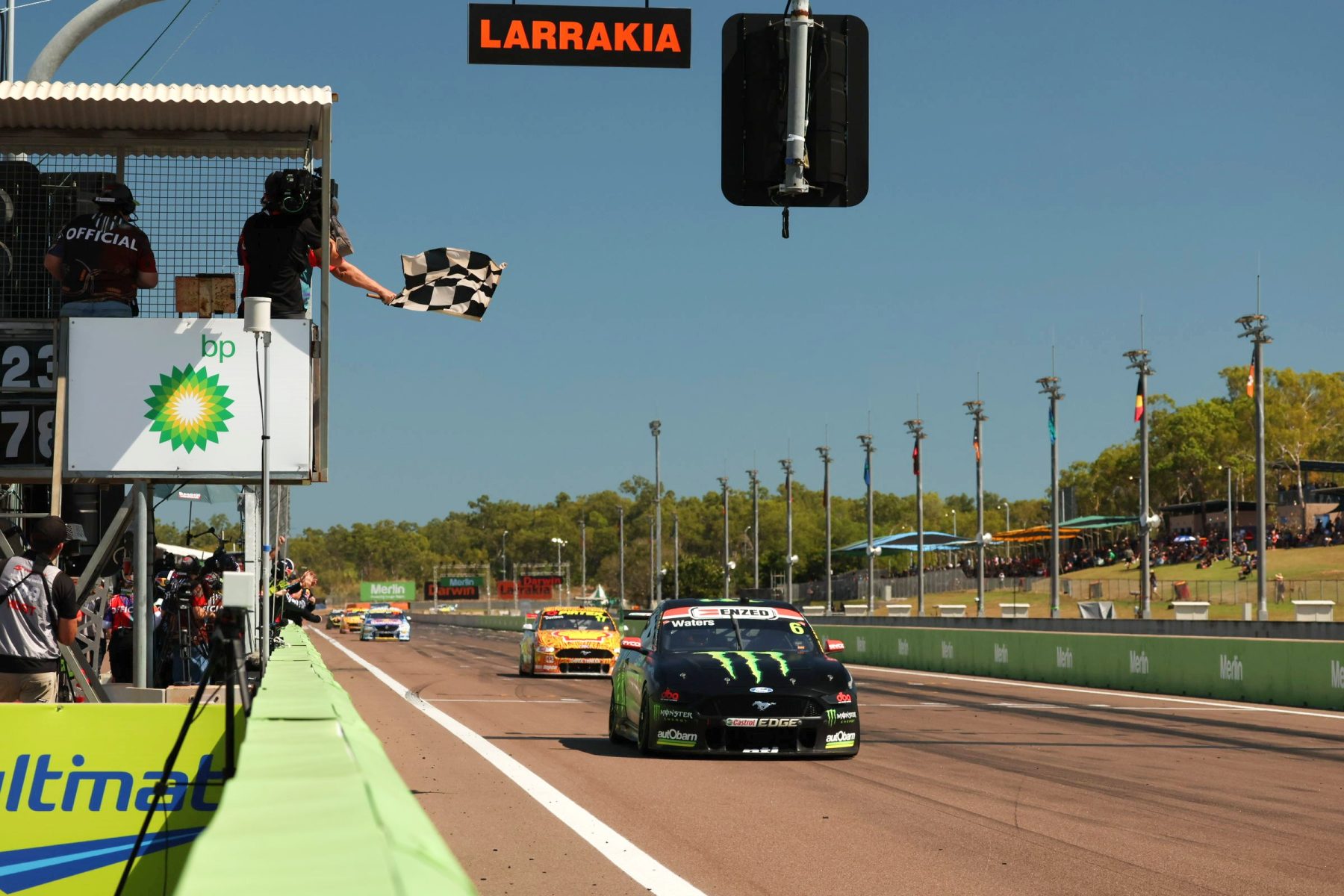 Cam Waters has held off Will Davison in Race 17 at the Merlin Darwin Triple Crown.

Waters' run to victory was punctuated by an early-race stoppage following a lap 1 pile-up.

The race ran time certain and was completed one lap shy of the scheduled 38-lap distance.

Davison finished second for the second time in as many days, and was 0.61s behind by the flag.

"It means a lot," Waters said.

"Awesome to be able to bounce back with a pole and win.

"Wilbur had something in the tank; I had to manage it but i had enough

The race was halted following the Courtney crash, with the Snowy Rivers Caravans Ford sent into the infield.

Courtney's car hit the retaining tyre barrier before he clattered into Pye, Randle and Todd Hazelwood.

The race was neutralised by the BP Ultimate Safety Car before the red flags were flown.

It was the third race to be halted in 2022 following stoppages in Tasmania and Perth.

The race restarted after a brief stoppage, and Waters kept Davison and Reynolds at bay.

After 15 laps, the margin between the three three was 1.8s.

Reynolds fell into the clutches of van Gisbergen, who stopped on lap 17.

Waters and Davison responded on the following lap; van Gisbergen dropped behind the undercutting Le Brocq.

Van Gisbergen cleared Le Brocq on lap 20 and took after after the leading Fords.

Reynolds and De Pasquale pressed on and stopped together on lap 22.

Reynolds emerged effective ninth, and quickly made his way through the pack. 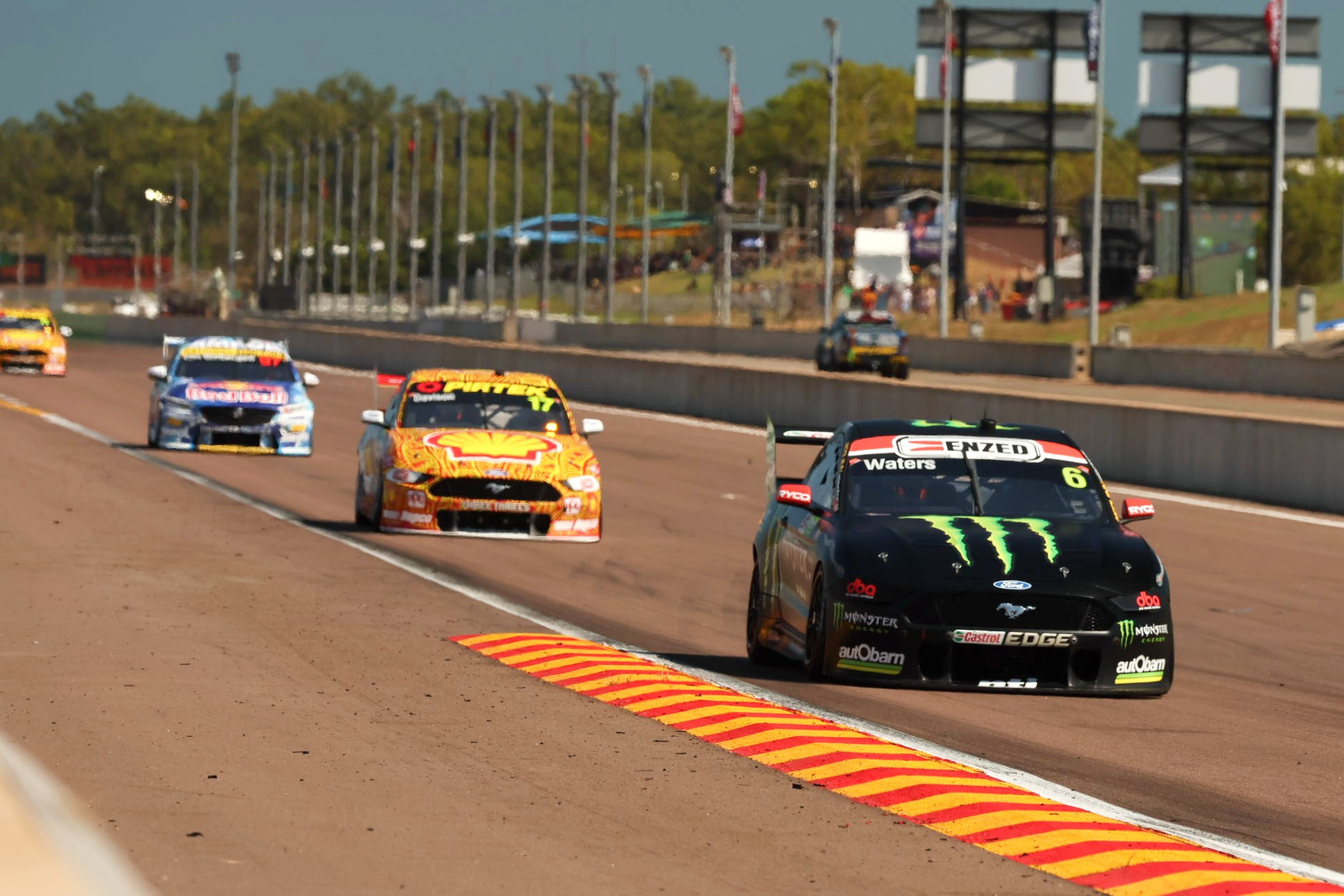 The Penrite Racing ace picked off Mostert, Winterbottom and Le Brocq at Turn 1.

Waters and Davison skipped away from van Gisbergen, who fell into the clutches of De Pasquale.

De Pasquale caught van Gisbergen, who backed off from the lead duo.

It did little to deter Waters, who scored his third win of the season and first in Darwin.

The Merlin Darwin Triple Crown will conclude with Race 18 at 3:25pm local time.

No penalty for Jacobson after investigation