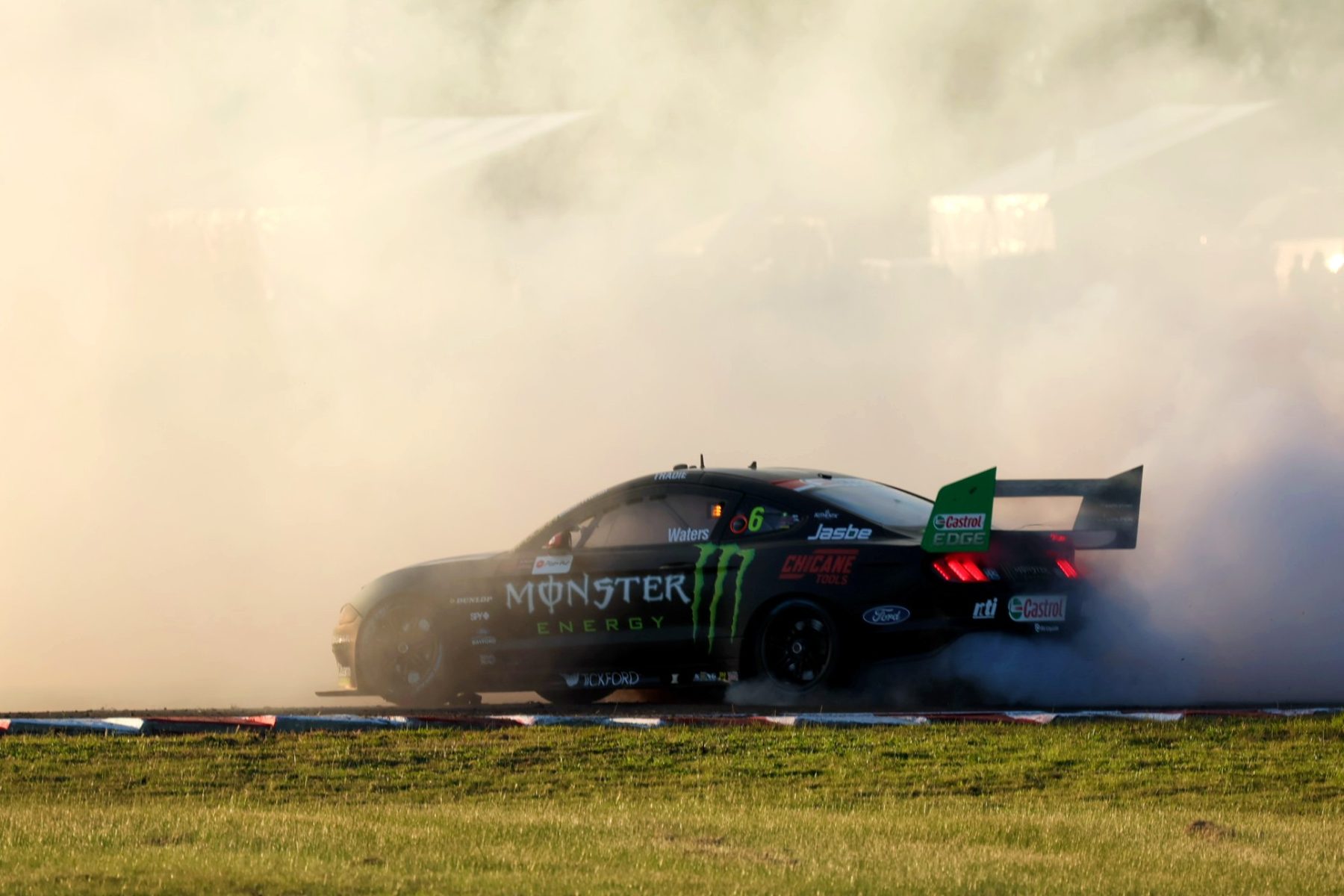 Waters won his second race at the Pizza Hut Winton SuperSprint, but the series leader didn't make it easy.

Van Gisbergen took three tyres at his stop and quickly ate into a six-second margin.

As it was on Saturday, Waters had van Gisbergen for company on the final lap.

This time, they avoided contact, but the margin was 0.4s all the same.

It marked the second time in Waters' career, after Townsville 2021, that he won two races on the same weekend.

Andre Heimgartner finished a lonely third, some 10.7s from the race leader.

"So pumped to get it done, two wins this weekend," Waters said.

"It means so bloody much, they [Tickford] work so bloody hard.

"I can't thank them enough for all their effort.

"We still have a lot to catch this guy on race pace, but we'll keep pushing."

Waters won the race to Turn 1 from pole, with Heimgartner rounding up van Gisbergen through Turns 1 and 2.

Waters and Heimgartner skipped away from van Gisbergen, who fell over two seconds behind.

However, van Gisbergen quickly caught and displaced Heimgartner before the stops.

Heimgartner regained track position in the lane before van Gisbergen, with three new tyres, raced past at Turn 7.

Lap after lap, van Gisbergen pushed; with one lap remaining, the margin was just 0.5s.

However, Waters had just enough margin to hang onto victory, which was the seventh of his career.

Heimgartner scored a podium for the second round in a row, with David Reynolds and Will Brown rounding out the top five. 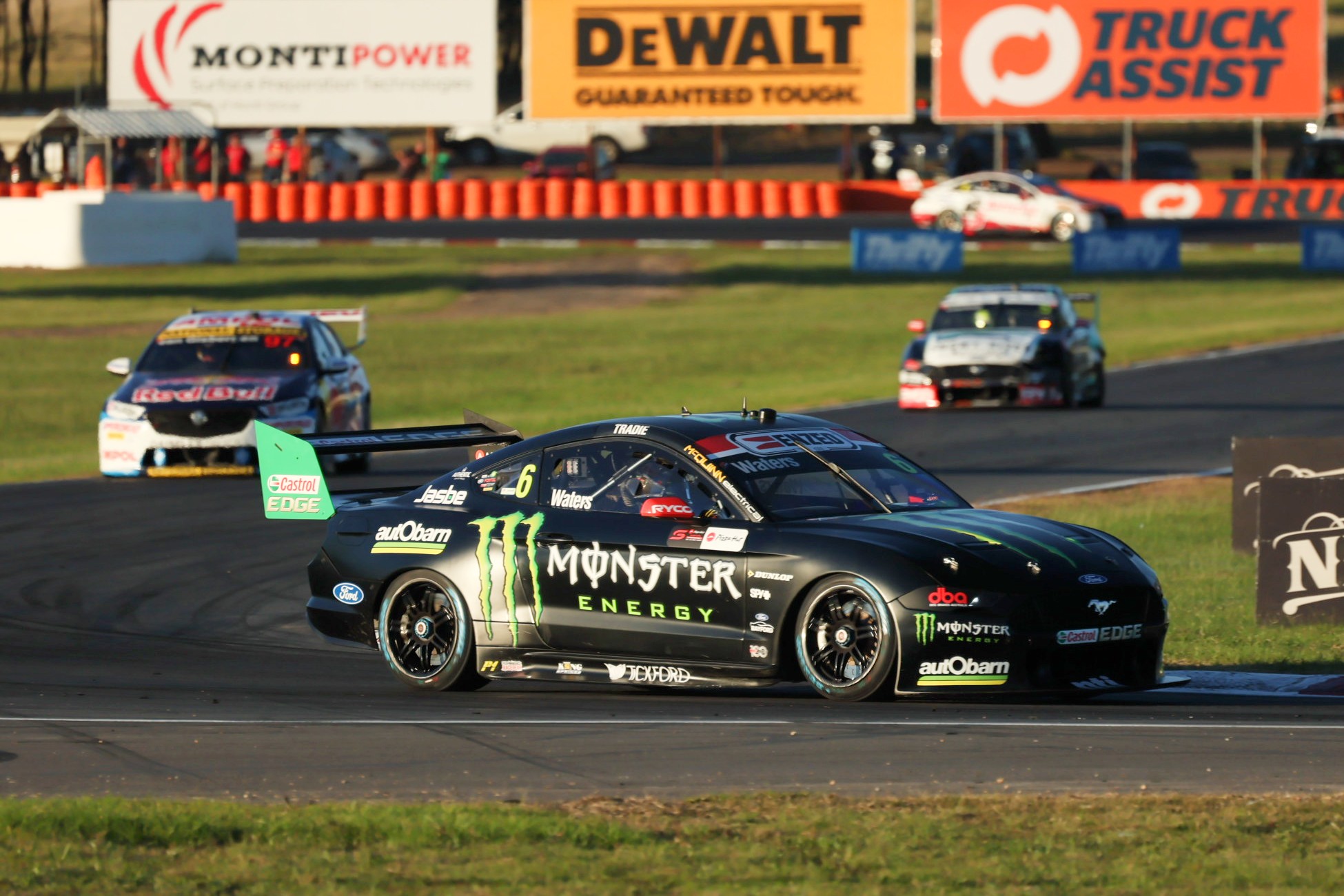 Jack Smith and James Courtney were the only casualties of the 36-lapper.

Smith lost a lap due to bonnet damage sustained on the opening lap.

A clash with Tim Slade consigned Courtney to the garage, with the 2010 champion losing five laps.

Waters has moved into third overall, with Will Davison finishing 10th.