Cameron Waters has lamented his poor tyre life in race trim as he failed to clinch a podium at the Beaurepaires Tasmania SuperSprint.

Waters clinched both pole positions for Sunday’s two races, but fell away late in the piece to finish fourth twice.

It continued a trend for Waters, who despite being able to extract strong one-lap pace, failed to make it count in the races.

In the finale, which was won by Walkinshaw Andretti United’s Chaz Mostert, Waters ran second in the closing laps before being demoted by both Shell V-Power Racing Team drivers, with the Red Bull Ampol Racing duo hounding him to the end.

Earlier, he was muscled off the Race 7 podium by championship leader Shane van Gisbergen in a move he branded as “aggressive”.

On Saturday, he was beaten from pillar post as he slumped to sixth, having started on the front row.

“It’s the story of our weekend, the last few rounds, to be honest,” the #6 Monster Energy Mustang driver said after Race 8.

“We’re good over one lap; just trying to get the tyres to hang on on it [in the races].

Having missed the podium in the Sandown finale last month, Waters has now gone four races without a trophy.

To next month’s OTR SuperSprint at The Bend, where he won Race 30 last year, he is already 202 points adrift of van Gisbergen, having entered the Tasmania weekend 170 points behind.

“Those last six laps, [the tyres] fell off the cliff,” he said.

“I was battling out there, and I couldn’t quite get it done.” 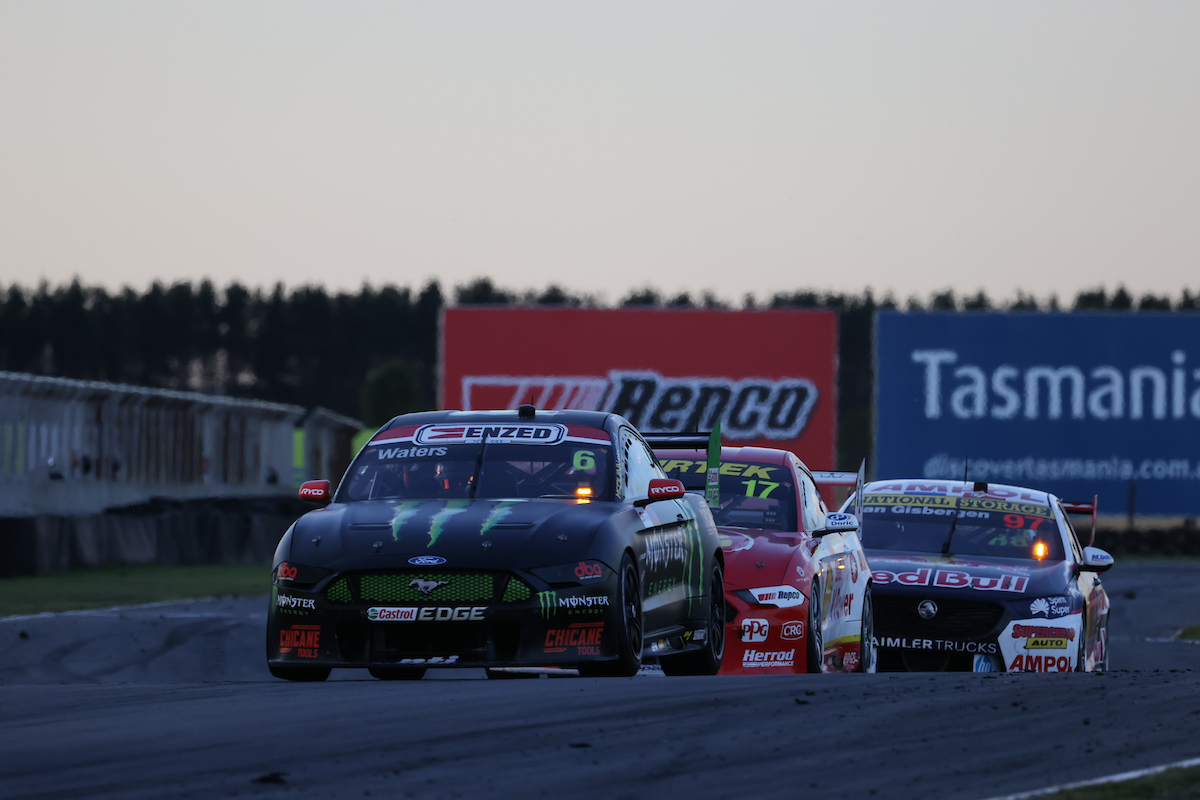 Waters remained the best of the Tickford Racing trio, with Jack Le Brocq 21st in Race 8 ahead of James Courtney in 22nd.

Both Le Brocq and Courtney were caught up in early-race incidents, with the former turned around at the exit of Turn 4.

Courtney was later sent across the track at Turn 1, but recovered in Race 8 to finish ninth, 10 places ahead of Le Brocq.