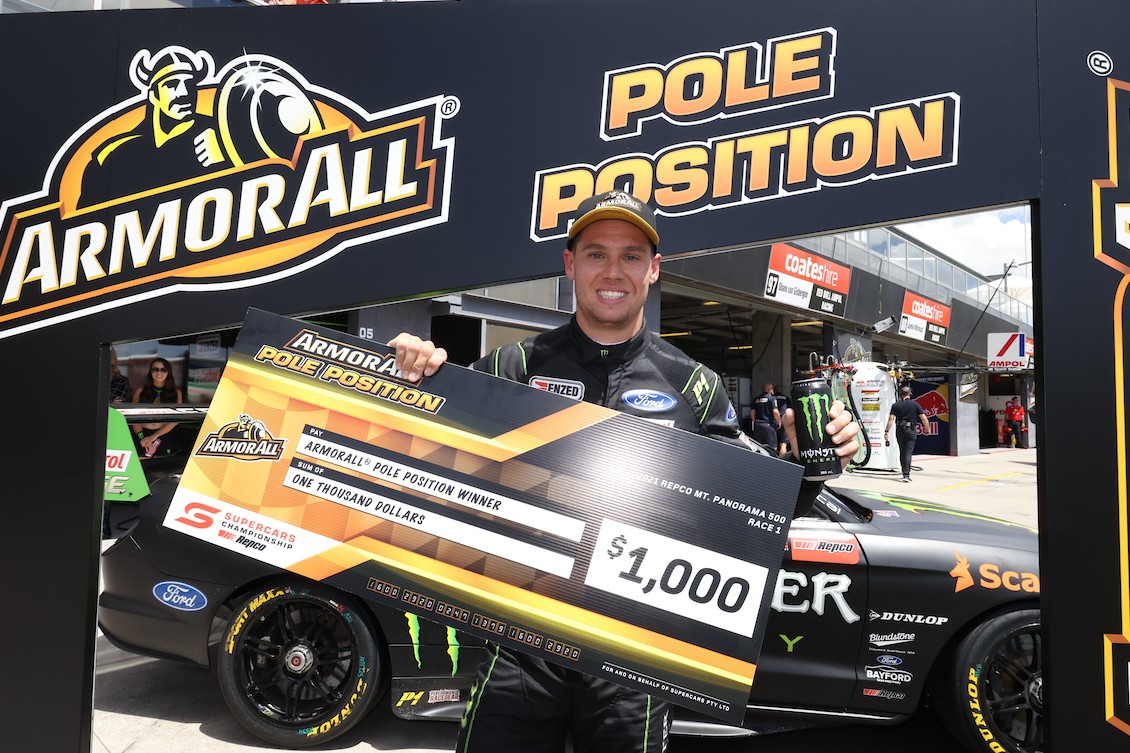 Cameron Waters has picked up where he left at Mount Panorama, with the Tickford Racing driver clinching pole in the ARMOR All Top 10 Shootout.

Third-man out in the shootout, Waters, who claimed pole for last October's Bathurst 1000, dropped in a 2:05.5980s to claim a sixth career pole position.

"It's an awesome way to start the year, the car rolled out really good in practice.

"We've been fine-tuning it and getting it a little bit nicer.

"She was pretty sketchy then, nice and slippery, got through [Turn 1] had a little mistake, just tried to do a clean lap after that.

Will Davison unseated Whincup, before Friday fast man Chaz Mostert recovered from a wild moment at the first corner to to slot in behind the #17 Shell V-Power Racing entry following a quick middle sector.

Van Gisbergen followed out Waters and clocked the best first sector, before falling away to set the third quickest time.

The qualifying fast man, Anton De Pasquale, couldn't replicate his earlier pace in the warmer conditions and will line up fourth for Saturday afternoon's race, with his lap scuppered after he dropped two wheels into the grass across Skyline.

The Repco Supercars Championship field will return to the track for the 40-lap Race 1 at 3:00pm AEDT on Saturday for ARMOR ALL Qualifying. Tickets are on sale now.

Cameron Waters  ›
Stay In The Know
Sign up to the Repco Supercars Championship Newsletter
We use cookies to ensure that we give you the best experience on our website. If you continue to use this site we will assume that you are happy with it.Ok