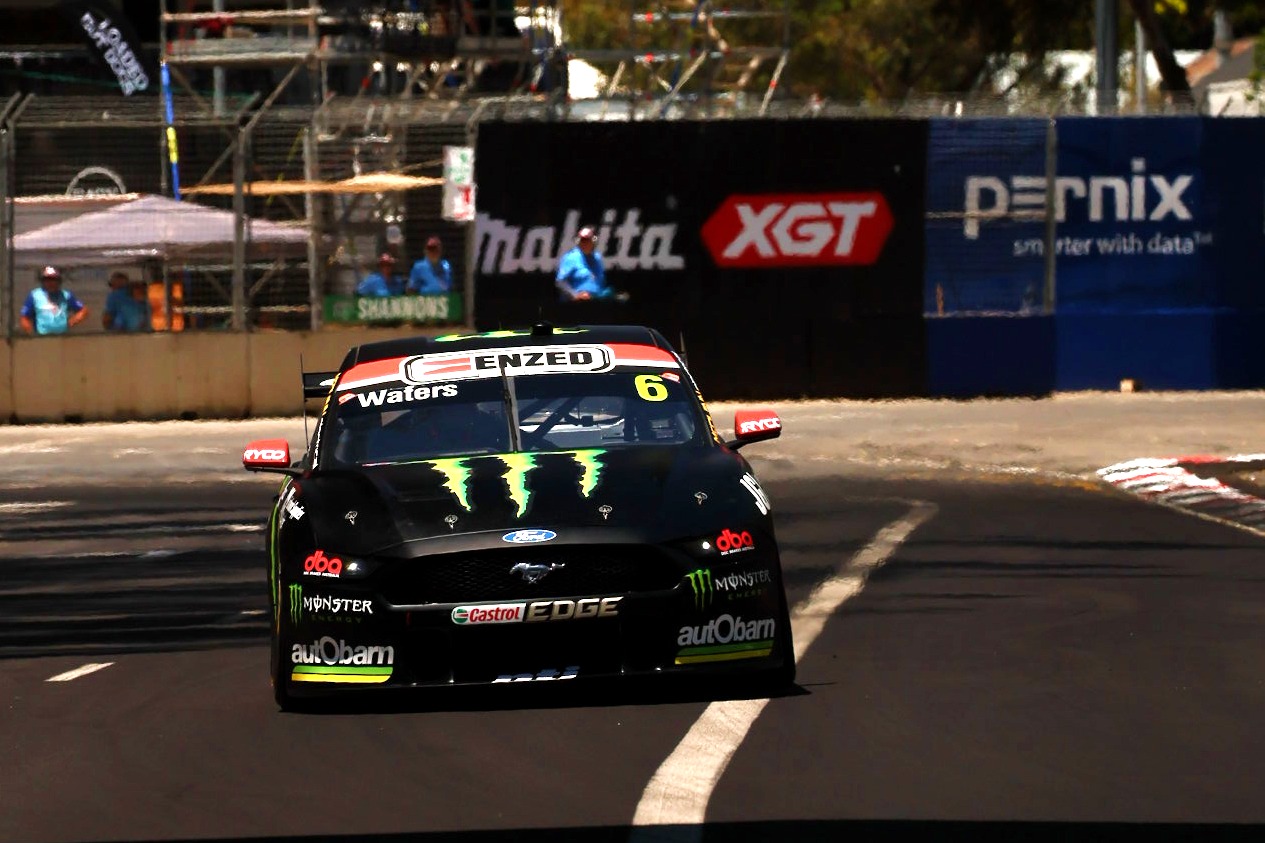 The top five in the championship filled the top five positions in qualifying.

Saturday winner Chaz Mostert was third ahead of Shane van Gisbergen, who endured a torrid Race 33.

Will Davison jumped to fifth late on ahead of Will Brown, who was as high as third.

Sharp heat again descended over the Adelaide Parklands Circuit, and Waters was first into the 1:19s.

Waters led after the first runs with a 1:19.669s ahead of James Courtney, who finished third on Saturday.

Van Gisbergen pushed the benchmark to a 1:19.368s ahead of the final runs.

Heimgartner also loomed to take first position before he lost 0.3s in the final sector.

The entire field rolled out with three minutes remaining, and Waters again pushed the limits of the 3.2km circuit.

Waters managed to clock a session-topping 1:19.109s despite brushing the tyre barrier at Turn 6.

De Pasquale jumped to second with a 1:19.170s, with Mostert, van Gisbergen and Davison pushing Brown to sixth.

Jack Le Brocq missed out on a Shootout berth by a scant 0.0006s, with James Golding pushed down to 12th.

Golding was as high as fourth ahead of the final runs.

Courtney ended up 18th ahead of fellow Saturday podium-finisher Nick Percat, who was a lowly 21st.

Lee Holdsworth will start his final full-time race from 22nd, with Jack Smith pulling up the rear of the 25-car field.