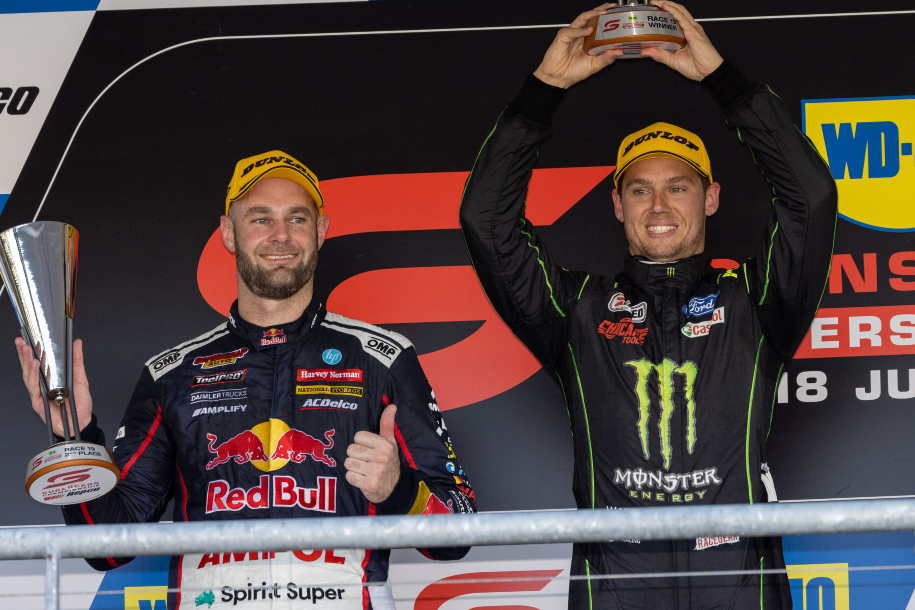 Greg Murphy has labelled Cameron Waters the "biggest threat" to Red Bull Ampol Racing in the hunt for the 2021 Repco Supercars Championship.

Waters won Races 17 and 19 at the WD-40 Townsville SuperSprint, just one week after being lapped by Shane van Gisbergen in Race 15.

In an impressive turnaround at the same circuit, Waters helped Tickford Racing to break a six-year drought of multiple race wins on a single weekend.

With the results, Waters moved into third in the points standings for the first time in 2021.

The dual Townsville wins came after Waters held off van Gisbergen in Race 11 at The Bend.

"I think he is a threat to Triple Eight," Murphy told the Repco Supercars Weekly Podcast.

"I take my hat off to Tickford, Cam and the team to turn it around the way they did.

"I did not see that coming and I don’t think anyone did.

"To see Cam in the two races the previous weekend be a down a lap on Saturday, and nearly a lap down on Sunday, and then come back to be a threat like that and win two races a week later.

"I love the back-to-back format of being a race track two weeks in a row, it throws up so many curves and allow people to adapt and learn the way they did. 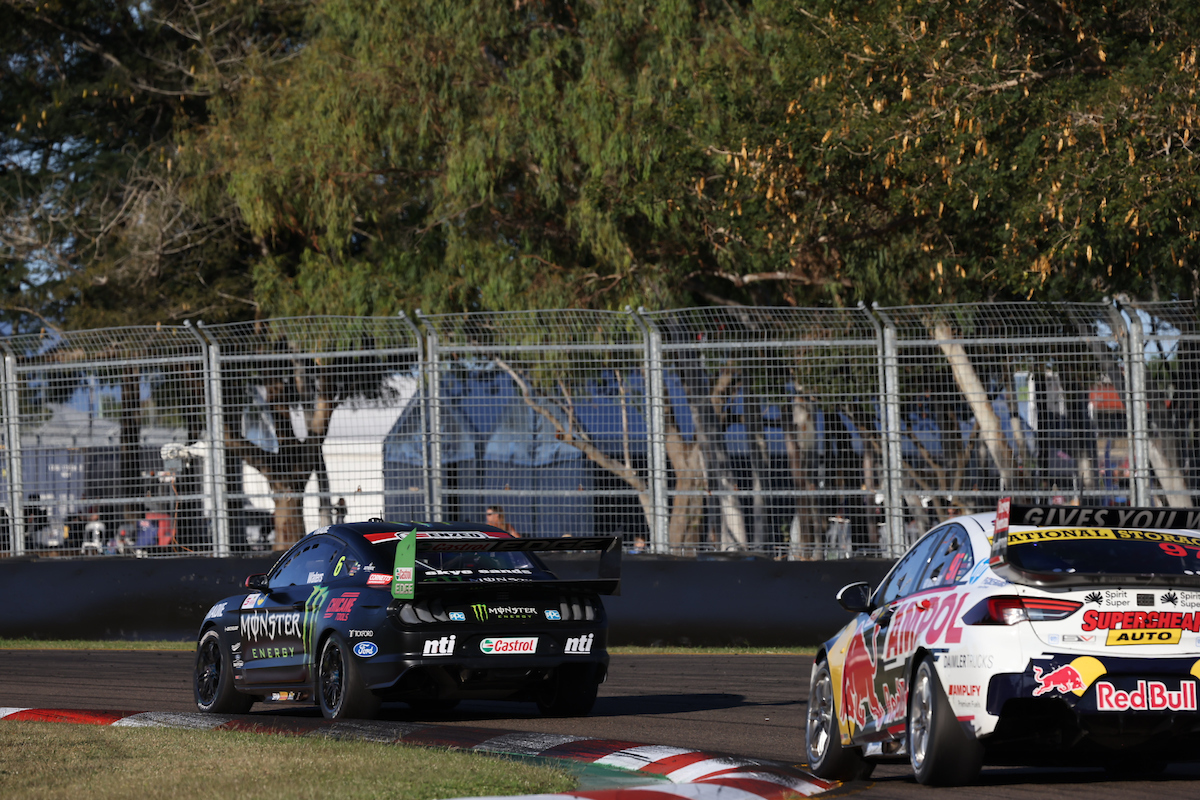 "Clearly for Cam, given him so much confidence and put him in a powerful position, so I really hope he can continue and become a threat and thorn in the side of those guys."

Tickford boss Tim Edwards labelled Waters's drive to the Race 19 win as the "best" of his career.

The 26-year-old’s performance in Sunday’s finale also caught the attention of Murphy, who lauded Waters for playing the long game.

"It was interesting Cam knew early in the race he was under pressure, and he didn’t put up a massive fight for Shane early in the piece," Murphy explained.

"That’s where often people make the wrong decision, they fight, and it slows them down so much that it's detrimental to them later in the race.

"Shane is a master at looking after tyres, and a master at forcing people into mistakes, he’s relentless.

"It was so cool to see Cam in that position at the end of the race on Sunday, to be able to be defensive but still have the speed and capacity to wear down Shane, wear down number 97's tyres and control the race until the end.

"You could see Shane was thankful to be a part of that race and the dice that can still put a smile on his face, even though he didn’t win."