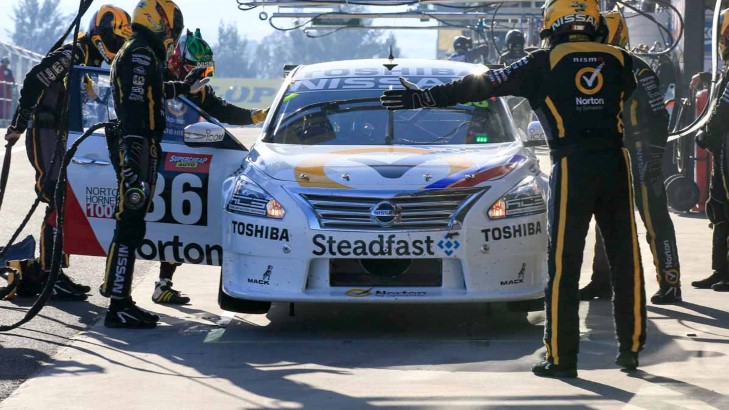 This morning's warm-up at the Supercheap Auto Bathurst 1000 has been completed without any issues.

Teams took the opportunity to run through driver changes, brake pad changes and practice refueling ahead of the 1000km enduro, which begins at 10.30am local time.

Michael Caruso and his Nissan Altima in the retro livery was fastest, with Dean Fiore also hopping in the car for a handful of laps.

Jamie Whincup and Paul Dumbrell both jumped in the Red Bull Commodore - set to start up the back of the pack - and Whincup is confident the car, crashed in qualifying on Friday, will be right for the race.

"The car's much better handling wise which is good, feels all nice and straight," Whincup said.

"It's going to be a long day from the back but we've got a good car ...I've got Dave Reynolds and Chaz Mostert down the back so we'll probably try and work together more often than not."

We're now on the countdown to the Great Race, which begins at 10.30am local time.