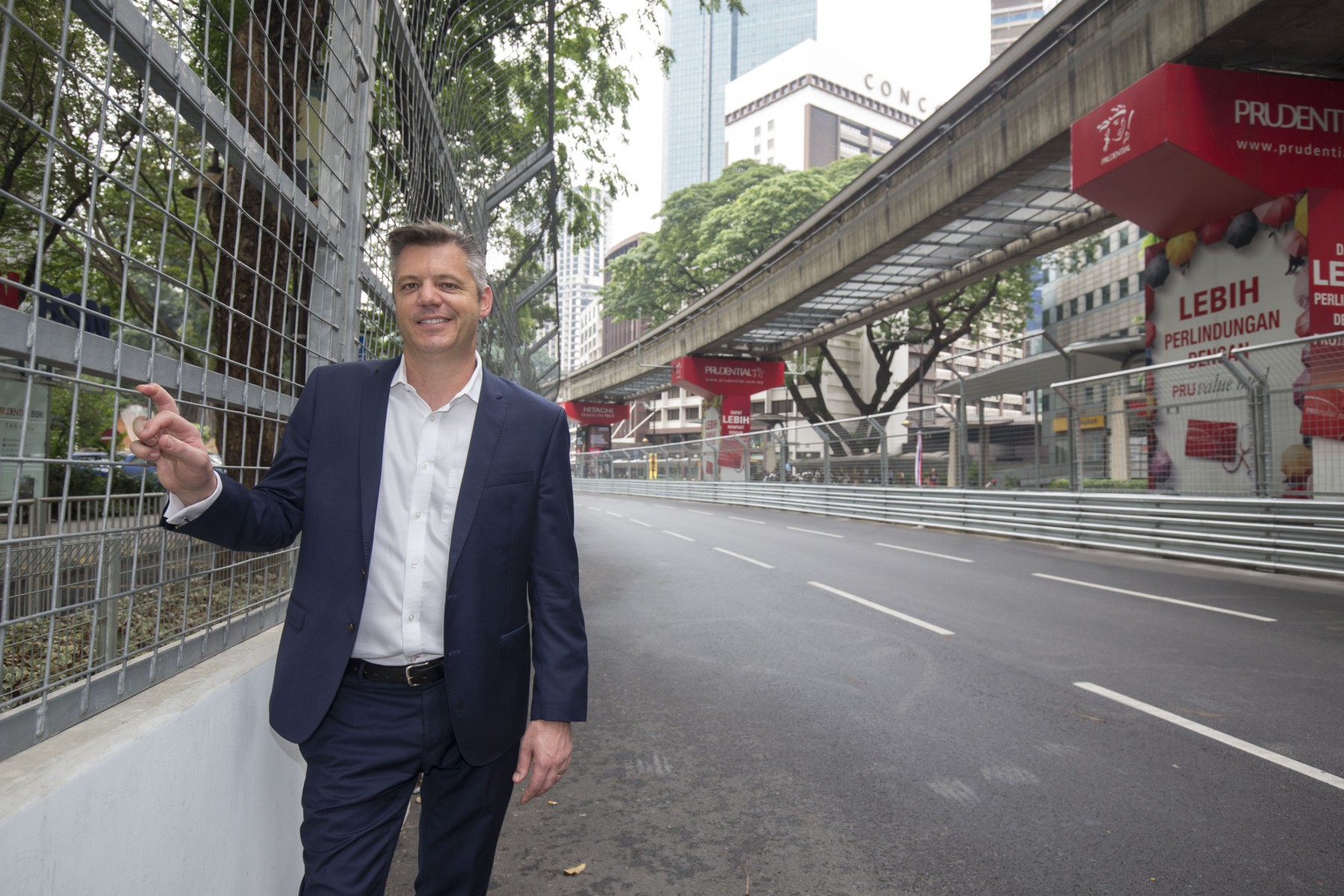 Heading into season four as Chief Executive Officer of V8 Supercars you might think James Warburton would be inclined to relax a little.

After all, the controversial television deal posted some decent ratings numbers in its first season despite some fierce social media backlash, the majority of major events are bedded in and in the midst of major contracts and the flow of funds to teams has picked up through a renegotiated income deal with category majority owner Archer Capital.

But no, there’s no sense of lifting the foot off the throttle from the former television executive. Always talking fast and always a salesman, he races down a long list when asked what his championship focuses are in 2016.

There’s the new compact calendar; will it deliver the momentum the championship craves? There’s the trip to Malaysia for the recently renamed KL 400 Supercar Extravaganza; the history of V8 Supercars is littered with overseas forays that didn’t last, will this be any different? Then there’s the negotiations around a second potential international venue for 2017 that he hopes to wrap by mid-year.

Venues are also an issue at home, especially the ongoing future of the final round of the championship and if it will stay at Homebush beyond this year. But now there’s also the category’s presence at the Australian Grand Prix beyond 2018 to contemplate and the emergence of other local venues such as Tailem Bend and the possible Geelong street race.

But Warburton admits his thought process stretches further out than this year, or even the next three years.

“Back in 2013-14 we were all about getting the category out of a period of decline into a period of growth and a new age,” he told v8supercars.com. “So for us the next phase is articulating the next 10-year vision for the sport.

“Wrapped up in that is the Gen2 side of the equation and most of the conversations with Gen2 are actually centring towards Gen3.”

Hang on, hit reverse gear here. Gen2 is the updated set of technical regulations due to be introduced in 2017. They will allow engines other than V8s and body-styles other than four-door sedans to race in the category alongside the current NextGen (Car of the Future) Holden Commodores, Ford Falcons, Nissan Altimas and Volvo S60s. At the same time the name of the category will change to Supercars, dropping the V8.

Gen2 is designed to retain the manufacturers currently involved in the category and potentially entice new entrants into the fold.

“Gen3 is about aligning certain aspects (of the Supercars category) which are relevant with global motorsport programs. Don’t forget we are seeing a transformation in this country from automotive manufacturing to importing, so a lot of motorsport decisions will be in consultation; at a local management level but with approval at a global level as well.

“So it is a matter of framing something that is relevant and acceptable for the manufacturers at that level too.

“It is too early to put anything definitive down or even talk about territories, other than to say that it is a very important focus for the business.”

What Warburton does say is that Gen3 is not going to mean adopting another category such as GT3 as the basis of V8 Supercars.

Some observer argue that would make sense considering the local formula is an expensive orphan fighting for dollars against a bunch of other professional sports in a country that has a relatively small economic base.

But Warburton flips the argument the other way.

“On a per capita basis we have one of the most popular motorsport acts on the globe,” he says. “So whatever we look at, whatever we do, we will always be more important than aligning with something else.

“There might be elements of global platforms that could be adapted and that would be an intelligent thing to do clearly … but we have a very strong category that is in growth and is going to get bigger and bigger as we develop it.”

Of course, development in motorsport terms is predicated on money. Dollars fuel the teams like Ethanol85 fuels the V8 racing engines of their cars.

Money is why the landscape keeps changing; why the television deal went to Fox, why overseas races continue to be sought after, why the category took over the promotion rights to the Bathurst 12 Hour – an event that it was in conflict with 12 months earlier.

These are all issues that have raised the ire of the category’s passionate fans, but Warburton is unapologetic. It costs millions of dollars per year to run race teams and without expansion and innovation – as well as attempts at the always contentious subject of cost cutting – there simply wouldn’t be enough money available to the championship and the individual teams to get the 26 cars on to the grid at the Clipsal 500 this week.

“Teams are our business partners and crucially important. So I think team sustainability has been a big part of what this management team has been driving,” says Warburton.

“We have driven a 250 per cent increase in distribution in the last two and a half years and our ambition is to continue to build as much revenue and distribution as possible going back to the teams.

“Our diversification strategy into events like the 12 Hour provide an additional source of revenue. International is important because we are tapped out in Australia in terms of sanction fees.”

There is another potential result of V8 Supercars lifting its income and improving its balance sheet and that’s making it a more viable and attractive sale for Archer Capital, which has now owned the business since 2011.

“I just think there is always constant speculation about an imminent sales and all those sorts of things but the reality is there is nothing going on in terms of an overall exit,” says Warburton. “They are here to stay.”

And Warburton insists that’s the same story for him too. As he notes ruefully, he is linked with every major sporting and media job that comes up. Even the promotion of Matt Braid into the role of the company’s managing director has prompted speculation.

“I seem to get linked to every single job going around, even when I deny them,” Warburton reflects. “I am really pumped up and passionate about the year ahead. I really want to focus on some growth opportunities and some long term visions for the sport.

“That’s why I have asked Matt take the lead on a lot of the operational day-to-day things you get wound up in.

“I am here and I am having a really good time. I am loving it.”

26/02/2016
Stay In The Know
Sign up to the Virgin Australia Supercars Championship Newsletter
This website uses cookies to improve your user experience. By continuing, you will be providing your consent to our use of cookies.Ok