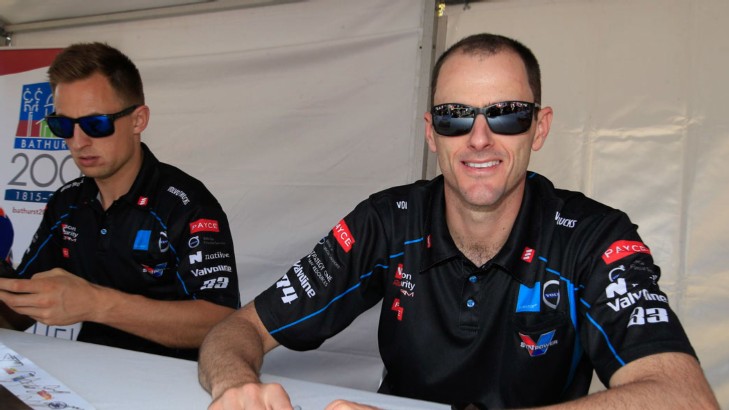 With his high hopes for the year with Volvo not met, David Wall says he would rather co-drive in 2016 than take a step back to a less proven team.

Similarly to Jack Perkins - who just won his first race as a co-driver with a top team on the Gold Coast - Wall would prefer to step back from V8 Supercars full-time for the opportunity to take a good co-driver seat and have a go at running at the front.

The 32-year old had big expectations for this season with Wilson Security GRM but sits 24th in the Championship, having faced mechanical failures, injury and bad luck this season.

"I've enjoyed my time here, everyone's been very welcoming and it just hasn't worked for some reason," Wall told v8supercars.com.au.

Wall raced with Brad Jones Racing for two years, and Dick Johnson Racing last year. His best result in a V8 Supercar came last year with DJR when he achieved fifth at Winton.

"I've done it for four years, and I really want to do well at it," he said of V8 Supercars racing.

"Some of the seats that are still around, they're not at the top of the game at the moment. I wanted to do a good job of it, so hopefully I can do that with an endurance drive and be hanging round here for many years to come...

"If an opportunity arose, to feel like I was going to have a good shot, of course I'd be back with bells on - but the best opportunity is to be a co-driver."

Since the announcement of Wall's departure, James Moffat has been confirmed to drive the #34 next year.

With a young family and a business, Wall will have plenty to keep him occupied in 2016. And while he said the choice to step back at the end of the year didn't come easily, he is confident it is right for him.

"There's a lot of things that go into that decision - it's not as if I just woke up one morning," he said.

"Don't get me wrong, I still want to race V8 Supercars. If there was an opportunity to drive the car and I feel like I was going to do well out of it I'd still do it.

"It's a dream job, it's something I've worked my whole career towards to do. My family and everyone has given up a lot so I could come and do this.

"I've been doing it for four years, I was hoping this year was going to be the year I maybe had a smile on my dial by the end of it, but it hasn't worked out for one reason or another."

Wall said he was speaking to the team about co-driving and given he has held a number of seats in a short time, he was hopeful of some continuity as next year becomes clearer.

"For now I want to concentrate on the job I'm doing," he said.

"It'd be nice to stay in one place two years in a row but we'll wait and sit back for a little while, catch our breath and with good luck there will be a good opportunity in endurance racing somewhere that will hopefully do a good job."