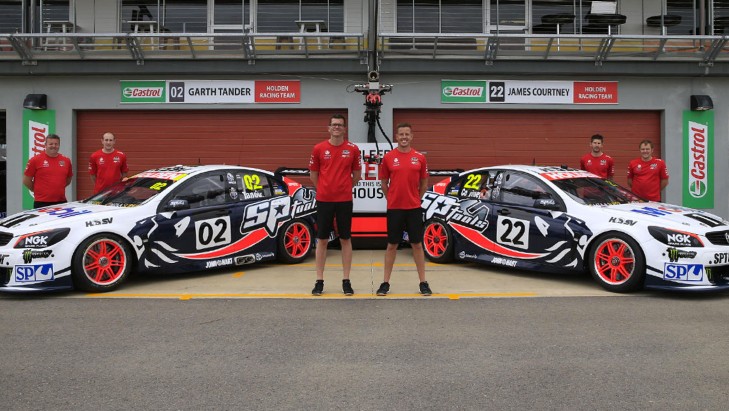 The owner of Walkinshaw Racing, Ryan Walkinshaw, has reaffirmed his ambition to have his organisation race four V8 Supercars in the 2016 Championship.

But while buoyed by what he sees as a healthier sponsorship market, Walkinshaw also admits the squad could run two or three cars depending on the funding available.

Walkinshaw Racing campaigns the two-car factory-backed Holden Racing Team Commodore VFs of James Courtney and Garth Tander and has a deal in-place to do so until the end of the 2016 season.

It also currently has the contract to campaign a Commodore for Supercheap Auto with Tim Slade in the driver's seat. But deals with both driver and sponsor conclude at the end of 2015 and are yet to be renewed.

The fourth car is the Team 18 customer entry funded by Charlie Schwerkolt and driven by Lee Holdsworth. This car joined the squad for 2015, replacing James Rosenberg's entry for Nick Percat.

Asked how 2016 was shaping up in terms of the number of cars Walkinshaw Racing would run, Ryan Walkinshaw told v8supercars.com.au:

"And if not, if we think there is a benefit on going to two or three - and we have done that in the past as well - then we will evaluate that closer to the end of the season. We are not going to make any decisions on that now.

"And we want to have as many cars as possible as a standard, but they have to be fully funded and we have got to be happy with them."

Walkinshaw said he was pleased with how commercial negotiations were proceeding for 2016. Apart from Holden, HRT's primary sponsors include SP Tools, Holden Special Vehicles (also owned by the Walkinshaw Group), Monster and Mobil.

"Some of the smaller teams I am sure have had some difficulty out there with the current market. I think it's an improvement on where it's been the last few years and to be honest we are pretty confident we will retain all the sponsors we want to retain and hopefully add a few more.

"So we are pretty confident with that at the moment." 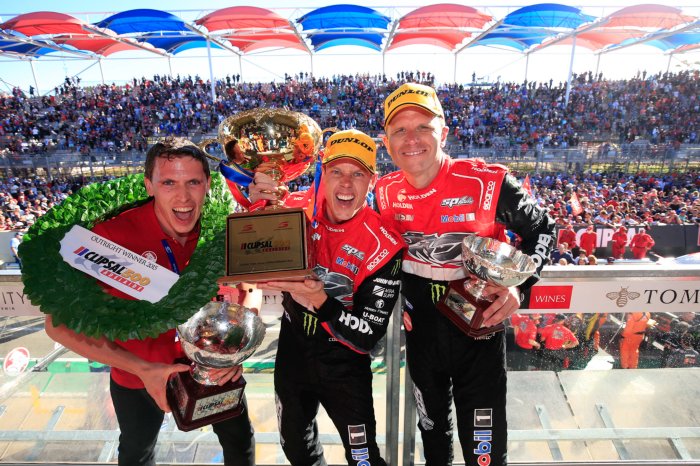 The 27-year old son of HRT's late founder Tom Walkinshaw, who flits between England, Australia and Asia in his role developing the motorsport and automotive industry opportunities of the Walkinshaw Group, also reaffirmed his and the company's commitment and enthusiasm for V8 Supercars as it heads forward into the Gen2 era, which will allow bodies other than sedans - such as two-door coupes - and turbocharged V6 and four-cylinder engines alongside the V8s.

"We want to continue racing V8 Supercars or whatever name it takes going into the future," he said. "We have big plans going forward, we have invested a fair amount and we are looking to expand our racing operation into other categories around the world as well.

"There is a pretty strong strategy in line with that for Europe and for Australia and there is absolutely no way we are not going to be committed to motorsport next year and hopefully in 10 years.

"So I think it is critical for the sport going forward. It will add a lot of excitement and as long as we keep some of the core DNA I think that is important.

"I am personally not massive fan of the two-door thing," he revealed. "I think it should be four-door affordable family cars we are racing and that is a point of difference against GT racing. But I think the engine is one thing we should embrace change with and I think fans will be surprised how exciting that can be."

2015 Coates Hire Ipswich SuperSprint  ›
Stay In The Know
Sign up to the Virgin Australia Supercars Championship Newsletter
We use cookies to ensure that we give you the best experience on our website. If you continue to use this site we will assume that you are happy with it.Ok