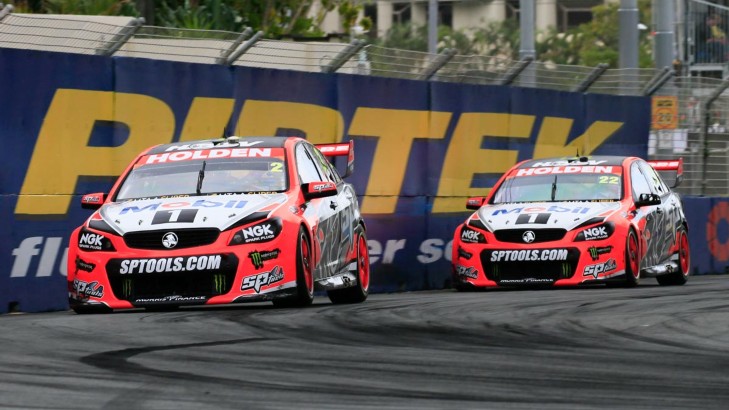 Walkinshaw Racing will enter the 2016 V8 Supercars season as a two car operation racing under the Holden Racing Team banner.

Team Principal Ryan Walkinshaw confirmed the team will be parting ways with REC owner Charlie Schwerkolt under amicable circumstances after the final event in Sydney.

"Over the course of the year Walkinshaw Racing have been looking at going back to two cars and we've had ambitions to put a rejuvenated focus on the Holden Racing Team," Walkinshaw said.

"We want to put 100 per cent of our resources, time and effort into the red cars and we want to ensure the team gets back to winning championships and winning Bathurst.

"The relationship with Charlie has been fantastic, we've had a great season together and we leave on very good terms which is great.

"We wish Charlie all the best going forward and we will be doing everything we can to assist him with his new venture.

"There are other projects within the Walkinshaw group that are developing and we will endeavour to produce the best outcome for the whole business.

"We are a large group, we are growing at a rapid pace off the race track and we will be doing everything we can to look after as many people as possible," said Walkinshaw.

Charlie Schwerkolt agreed the decision would result in the best outcome for both parties. Schwerkolt has also confirmed that Lee Holdsworth will continue as the main driver in Car #18.

"It's been really great to be working with the team for the past year and we are parting on really good terms," Schwerkolt said.

"Adrian is a great mate of mine and Ryan has been fantastic to work with, but I decided it is time to move on.

"Lee will still be driving for me and is really pumped for the 2016 season. At the moment he is obviously focussed on this event and finishing off the year on a high with the team."