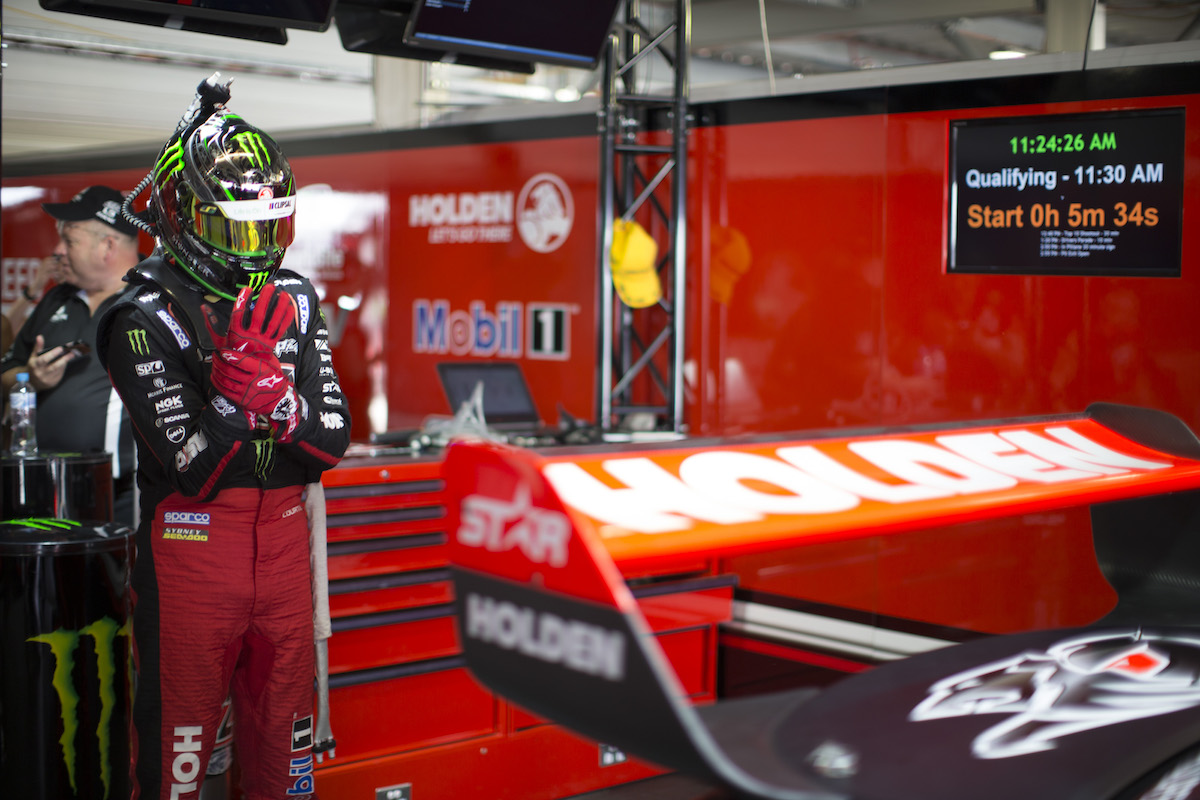 The team, which currently races with factory backing as the Holden Racing Team but becomes a privateer from next year, will move in the second half of 2017 from its dated Clayton headquarters in Melbourne’s south-east where it has been located for the last 19 years a few kilometres down the road to Clayton South.

The Holden Commodore squad will shift along with the rest of the Walkinshaw Auto Group, which among things also includes the Holden Special Vehicles and American Special vehicles assembly and conversion operations.

WAG has signed a 15-year lease on the 28,195 square metre site estimated to be worth more than $1 million a year in rent.

Walkinshaw Automotive Group boss Ryan Walkinshaw said the intention would be to make the new facility the best in Supercars racing.

“From a racing standpoint we hope to choose one of the sexier rooms – so to speak – as a new base for Walkinshaw Racing and I believe once it is all finished you will see that it will be an industry-leading racing facility,” he said.

“It’s certainly been an issue for us to have things so far apart in the past, I am sure Adrian (Burgess – Walkinshaw Racing managing director) will be the first to testify to that.

“Having everyone and everything under the same roof we will improve efficiencies and so on.

“We are still going through the exact layout, but the ideal plan will be to have all our racing activities under one roof and not have the issues we have traditionally had with our current residence, which is a bit here and a bit there.”

Walkinshaw was confident the improving working surrounds would “benefit” the racing team, but stressed it was not a magic bullet.

“Having every one closer together will definitely have a benefit. I think that us having better results out there (on the track) will be the cumulative effect of the benefits of lots of little things and if this has its part to play in that then it will only be a good thing.”

Walkinshaw said the 15-year deal emphasised the company’s commitment to all aspects of its operation including racing.

“It’s a demonstration that we are growing and that we have a firm commitment to becoming Australia’s leading design, engineering and manufacturing business in niche products,” he said.

Since the loss of the Holden factory deal and HRT name to Triple Eight Race Engineering and its Red Bull team was confirmed, Walkinshaw Racing has acted quickly to plan for 2017 and beyond.

It has re-signed James Courtney on a new three-year deal and confirmed Scott Pye will also be joining the team replacing Garth Tander, a change made public only days after the veteran won the Wilson Security Sandown 500 with Warren Luff.

Tander and Luff were also in contention for the Supercheap Auto Bathurst 1000 win until the controversial lap 150 incident which took out Tander and Volvo’s Scott McLaughlin and resulted in a 15-second time penalty for Red Bull’s Jamie Whincup that cost him the win.

Tander and Luff enter this weekend’s Gold Coast 600 as defending Pirtek Enduro Cup champions and with an outside chance of retaining their title.

Walkinshaw Racing management has also made clear there are commercial opportunities in its new privateer guise because it is freed from restrictions imposed as part of its factory backing, including Holden having ownership of the merchandising rights.

“I think there is a lot of optimism in the group in general,” Walkinshaw said. “There is a weight off our shoulders in the wake of the Holden announcement.

“It has allowed us to focus on the racetrack as opposed to everything else which I think has been demonstrated by the last three events where we have been more competitive; we won Sandown and we would have had a podium at least at Bathurst if not for a disappointing incident.

“We look forward to continuing that for the rest of the season.

“There are obviously a lot of discussions with a lot of new partners and ideally over the next couple of years we will be in a position better than we are now financially as a business.

“This year we broke even as a business and we fully intend do so again next year regardless of the Holden agreement.”

WAG will take over from National Broadband Network provider Corning Cables in the South Clayton facility.

“It is three buildings all very close together, so we will be able to have the whole team from all the different businesses all within close proximity and it will be a fantastic opportunity.

“We looked at various different options such as building our own brand new facility, but the building we are moving into some of the rooms we have there are absolutely fantastic and you would be spending an absolute fortune to replicate that elsewhere.

“We have been very fortunate that we have been able to take that over.”

It will be only the third home for the Walkinshaw family-owned team, which began life in another Melbourne suburb, Notting Hill in 1990.

“It’s a great opportunity for us to find a new home that aesthetically allows us to demonstrate the business that lies within it,” said Walkinshaw.

“So it is an opportunity for us to not only consolidate all of our businesses geographically together much better than we currently have which will have benefits, but it allows us to have carte blanche on how we design the interior to meet our future growth as a business.”

Brad Jones re-elected to Supercars Board and Commission