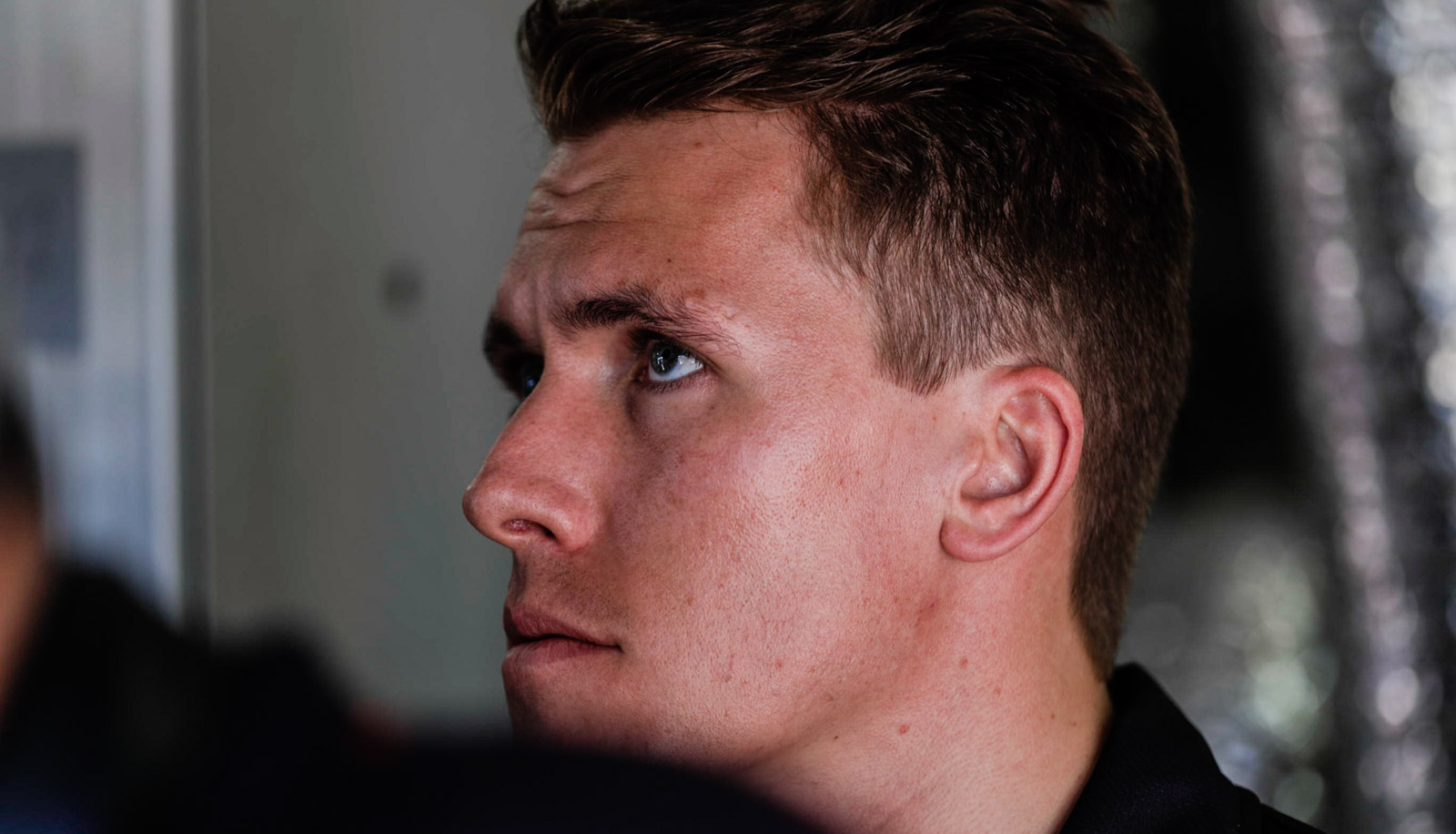 The search for Adrian Burgess’ replacement at Mobil 1 HSV Racing is underway, with owner Ryan Walkinshaw admitting the team already has ‘a couple of targets’.

Experienced Supercars figure Mathew Nilsson has filled Burgess’ position on a temporary basis and, according to Walkinshaw, is effectively auditioning to take over the role full-time.

Nilsson worked as an engineer at the Holden squad between 2003 and 2010 before a stint at Prodrive that ended when he was lured back to Clayton as technical director for 2014.

Although moved sideways at the start of last year to run Walkinshaw’s new GT program, Nilsson was thrust into the top job after Burgess was suddenly dismissed just over a week ago.

“Mat’s got a huge wealth of experience,” Walkinshaw told assembled media at Winton today when asked of the search for Burgess’ replacement.

“He’s been with the team for many, many years, he’s one of the best guys we’ve got in the business and he’s been doing a great job with our GT3 program.

“He’ll have a good swing at the opportunity and what a great chance it is for him to prove himself during this process.

“But on top of that and in parallel to that, we’ll be going through a proper recruitment process with an agency and we’ll see which CVs we get through the door.

“There’s a couple of targets we’re looking at, but we’re pretty open-minded.

“It would make me very happy if we get down the route of looking at something internally, but we’re looking through the whole process. 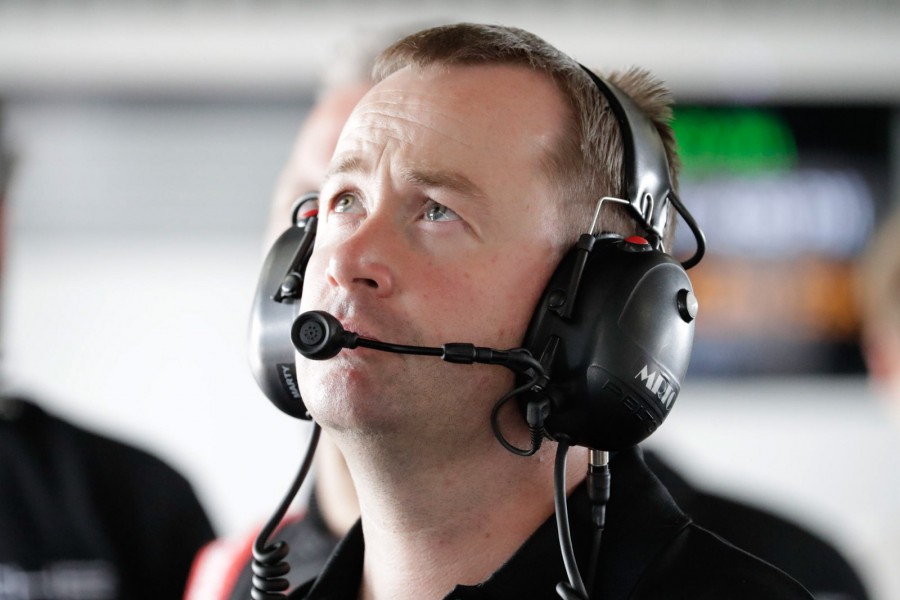 Walkinshaw, who had been out of the country in the week following Burgess’ sacking, said he will personally spend more time with the team in the short-term.

“I actually spend my maximum amount of time that I can do anyway, but I will be spending a lot more time in the short term obviously because there’s a need and requirement for the team to have some additional input,” he said.

“I make no secret about it, I’m not very happy about where we currently are and where we’ve been on and off for the last couple of years, and it’s about time we sort it out.”

Addressing questions on Burgess’ sacking, Walkinshaw stressed that the decision was not a direct reaction to Barbagallo but a results of the squad’s lack of progress under the Englishman’s reign.

Burgess was aggressively poached from Triple Eight midway through 2013, but oversaw just a handful of race wins from when he took over the role at the start of the following season.

The team has continually excelled on street circuits, including the season-opening Clipsal 500, only to slump at other venues.

“I think it’s been very obvious to everyone that rather than improving performance every single year we go through peaks and troughs,” said Walkinshaw.

“For the last couple of years, we seem to be going around in circles a little bit. For us that’s not acceptable.

“We want to be a team that at least increases performance year on year, not sit where we have been.” 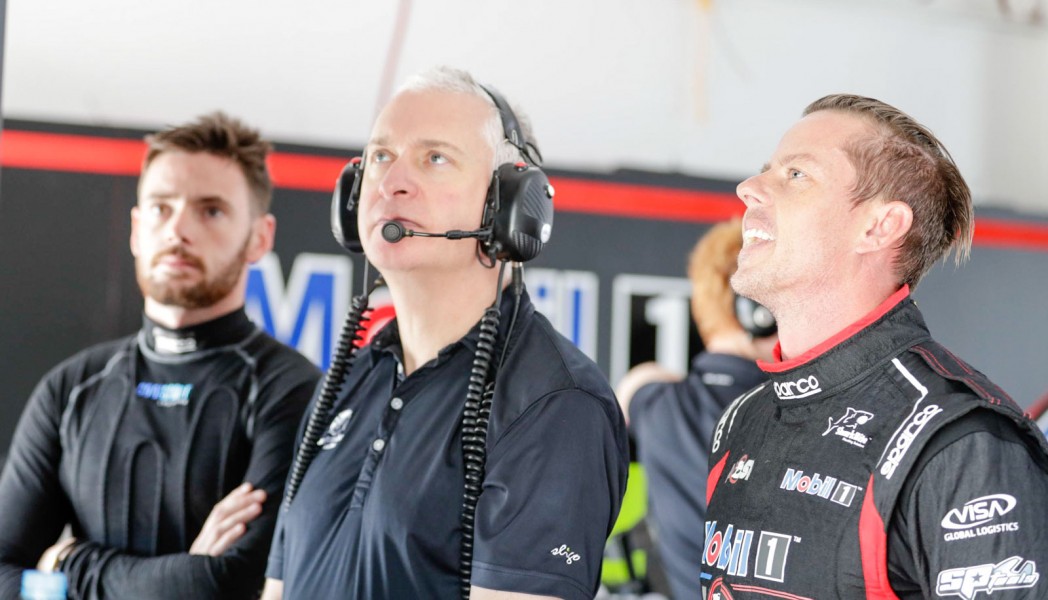 “All I can say is we wish Adrian all the best,” he said when asked of the reaction to the decision.

“He is a good bloke, and I believe that. I, like a lot of people, was close to him. This is business. It’s not personal. He understands that, we understand that, it’s part of the position he was in.

“But we wish him all the best and nothing would make me happier than seeing him back in this category, or in another category somewhere else having success.”

Walkinshaw says the team has been ‘re-energised’ by the sudden change and has vowed to stick by its current engineering group, which will receive additional resources.

The team’s engineering department was given a dramatic shake-up midway through last year, where both previous race engineers were moved on. 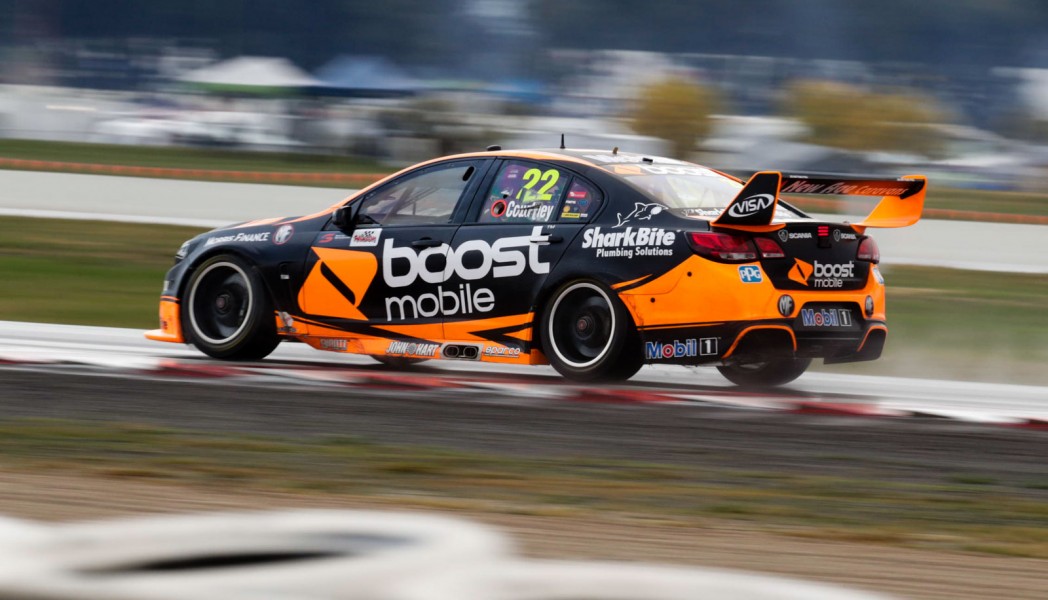 Courtney on track at Winton

“The time frame (for improvement) would be dictated to a certain degree by what strategy we input for the technical side,” he said.

“That’s already ongoing at the moment, it’s our top priority at the moment that we give some additional resource to the engineering group.

“We’re strong believers in the guys that we have working in the team. They’re hard workers, they’ve been proven performers in the past, but there is a feeling that potentially we haven’t given them the full resource that we now think that they should have.

“So, our top priority is evaluating that and seeing some short-term gains. But in the medium to long term, that’s going to be a wider question which I think is going to have to have some input from whoever is going to be team principal of the team in the future.”