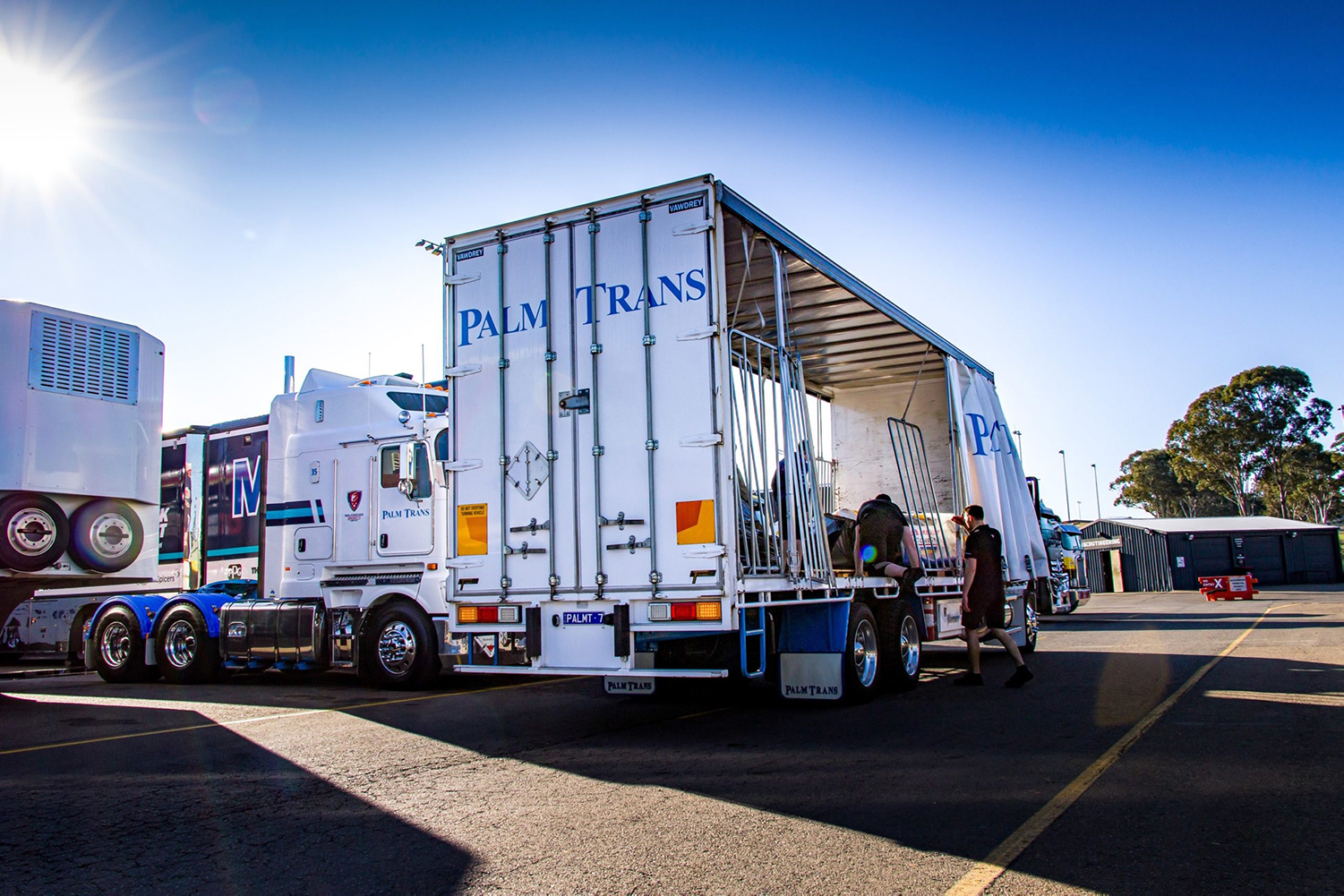 In collaboration with Palm Trans, WAU brought a fresh batch of parts across the closed Victoria/New South Wales border ahead of this weekend's Truck Assist Sydney SuperSprint.

The parts were for WAU’s Supercars team as well as Kelly Racing, which is currently based on the Kelly family farm outside Mildura. Parts were also brought in for Super2 teams Image Racing and Anderson Motorsport.

"We heard rumours early Monday morning last week that it looked like we had to get across the border ASAP,” said WAU team manager Anthony McDonald.

“We got all of our stuff together, but as you can imagine we had things that were still in the paint shop, bodywork that was still waiting to come up and tyres that weren't ready for us.

"So we loaded as much as possible into a truck that day and got across the border. Then we spoke to Palm Trans, and they organised for us to get a truck down the workshop and load everything up that we had. I spoke to Supercars and they passed the message out to other teams from Victoria that we had a truck coming up."

The collaboration is expected between the Melbourne-based squads after this weekend’s Truck Assist Sydney SuperSprint, as teams prepare to head straight to the Northern Territory for the BetEasy Darwin Triple Crown.

“I think we’re going to have to work together for at least the next month or two, who knows what’s actually happening at the minute,” he said.

“I suppose our plan at the minute is to service the cars here on Sunday night, Monday (at Sydney Motorsport Park) and whatever we need to get back down to Melbourne we’ll drop over to Palm Trans.

“Luckily they’re about 10 minutes away from Eastern Creek, their New South Wales office. We’ll put the message out to the Victorian boys, if they need anything taken over there we’ll get it all down to our workshop and then they can come and collect it once it all gets down there.

“I supposed after that, we’re just going to work out how we get stuff to Northern Territory and what the process will be after that I suppose.”

Racing resumes this weekend at Sydney Motorsport Park, headlined by the first night race of 2020 on Saturday and two further Supercars’ races on Sunday.

The combined Dunlop Super2 and Super3 races will be the support act for the main game, with a race on each of Saturday and Sunday.

Limited tickets are still available for the grandstand, check Ticketek for details.

The event will be broadcast live and ad-free on Foxtel and streamed on Kayo with highlights on 10 on Saturday and Sunday.