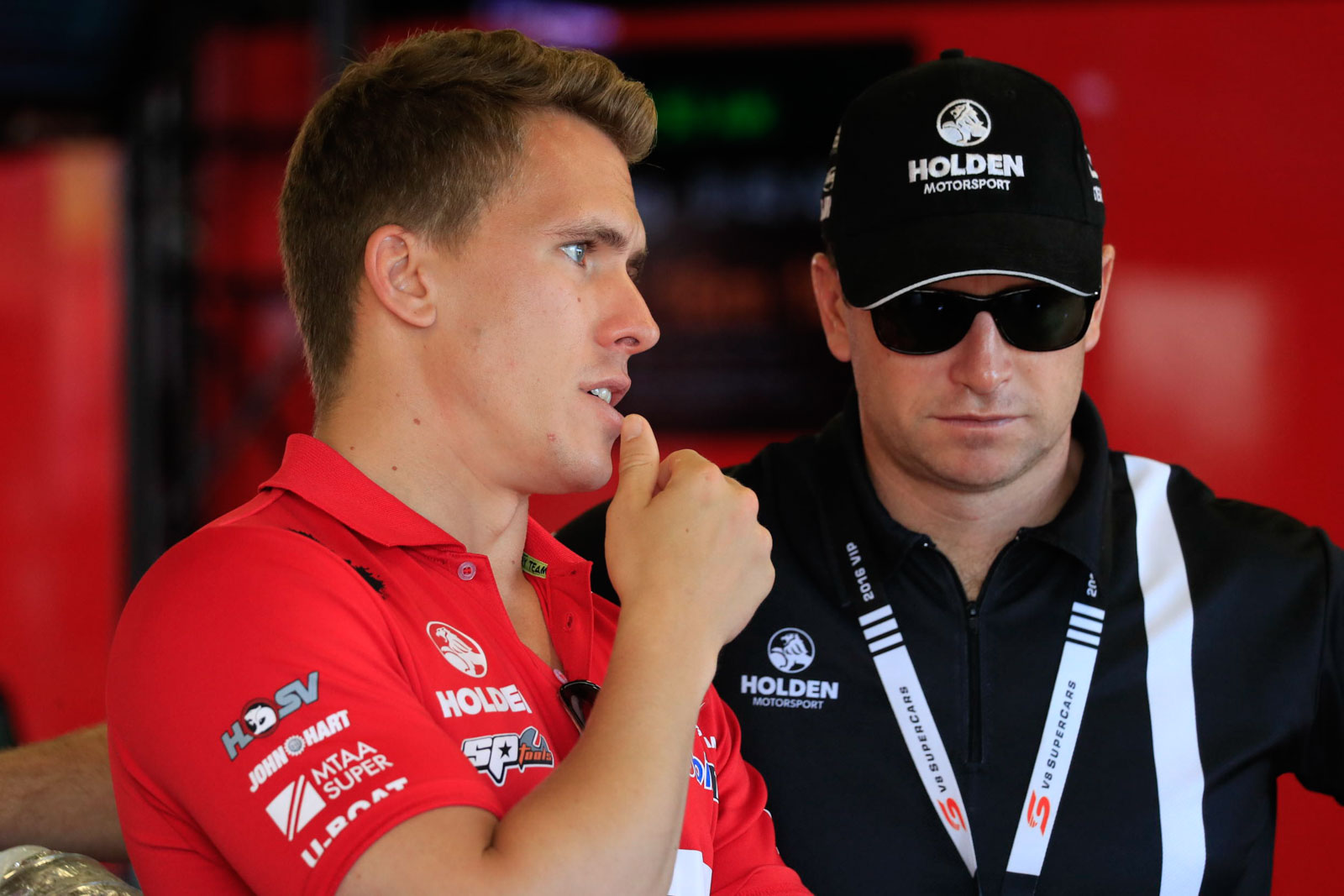 Ryan Walkinshaw says his team is committed to entering Holdens in the Virgin Australia Supercars Championship in 2017.

The team boss spoke to Supercars.com at Sydney Motorsport Park after Holden's recent decision to back Triple Eight Race Engineering from next year.

But the owner of Walkinshaw Racing says he is looking forward not back, and takes confidence in the future from Prodrive Racing Australia’s ability to race on strongly after losing factory backing from Ford.

“Absolutely next year we will be a Holden team,” Walkinshaw told Supercars.com.au while attending last weekend’s Red Rooster Sydney SuperSprint.

“Its inappropriate to even contemplate and discuss those things (beyond 2017) in public,” he said.

“At the moment we are a Holden team and the Holden factory team and our focus will be finishing the season with our heads held high for Holden and next year we have committed to Holden going forward and that’s what we will be focusing on.”

Walkinshaw acknowledged the pain of the separation after 26 years of racing as Holden’s official team, but insisted the situation delivered positives as well as negatives.

For instance, Holden’s decision, communicated just two weeks ago, means Walkinshaw Racing will now have full control of its marketing and merchandising operations from 2017.

“The important thing for us is the decision has bene made and now we can focus on the different plans we have in place as opposed to not really having 100 per cent on which direction we were going to follow.

“I think for us now that is set in stone and we are now allowed to go and explore those options with a lot more energy than we could previously.

“There’s definitely the ability for us to bring in additional revenue into the team and we have got to look at the opportunities that present themselves going forward,” Walkinshaw added.

“You only have to look at Prodrive as a prime example of a team that was all doom and gloom two years ago having lost a significant Ford sponsorship and similar things being asked about them.

“’Will you continue? Is it viable? Are you going to just lose money? Are you going to get pay drivers?’ All that sort of rubbish that ends up coming into the media is part and parcel of that kind of impact occurring to a team in this sport.

“If you speak to anyone at Prodrive now they are better than ever. They are financially stronger than they have ever been, they have got strong long term naming rights partners that are committed to the team and obviously that has benefitted them on-track as well.

"So credit to them for managing to overcome those hurdles and so quickly and maintain themselves as a powerhouse in this sport.

“We have to look at what they did and do the same.”

There is speculation over the future of current HRT drivers James Courtney and Garth Tander, who are both out of contract at the end of this season.

There have also been suggestions the team rebrand itself as the HSV Dealer Team. The Walkinshaw Group owns hot tuner Holden Special Vehicles and both Rick Kelly and Garth Tander won the Supercars championship with the HSVDT in 2006-07.

But Walkinshaw says it’s way too soon for such key pieces of the future puzzle as driver line-ups and team branding have fallen into place.

“We had a few scenarios and contingency plans we have had in progress for quite some time,” he admitted. “I am not going to go into any details on those because it is a bit of a puzzle that is moving around every day as we have more and more conversations with potential new partners and so on.

“But we go into something a lot of innovative companies do; when they are faced with changes they look at them as opportunities and that’s how we are going to face it.

“The real disappointing factor in this is the history and heritage that comes to an end,” he added. “But the reality is everything comes to an end at some point.

“It’s how you re-energise and re-focus and re-define your business going forward and look at those opportunities and make sure you take those and don’t let go of them for anything that really define how you are as a business and as a group of people.

“It’s nice to look back on the past but we will be looking forward to the future.”

Walkinshaw was emphatic there was never any consideration of withdrawing from Supercars racing, which is only a small component of the Melbourne-based automotive engineering and design group’s income.

“As long as our group in Australia continues to grow at the rapid rate we are currently growing and we have strong presence here and an expanding group, it’s nice to have a public face for what we do.