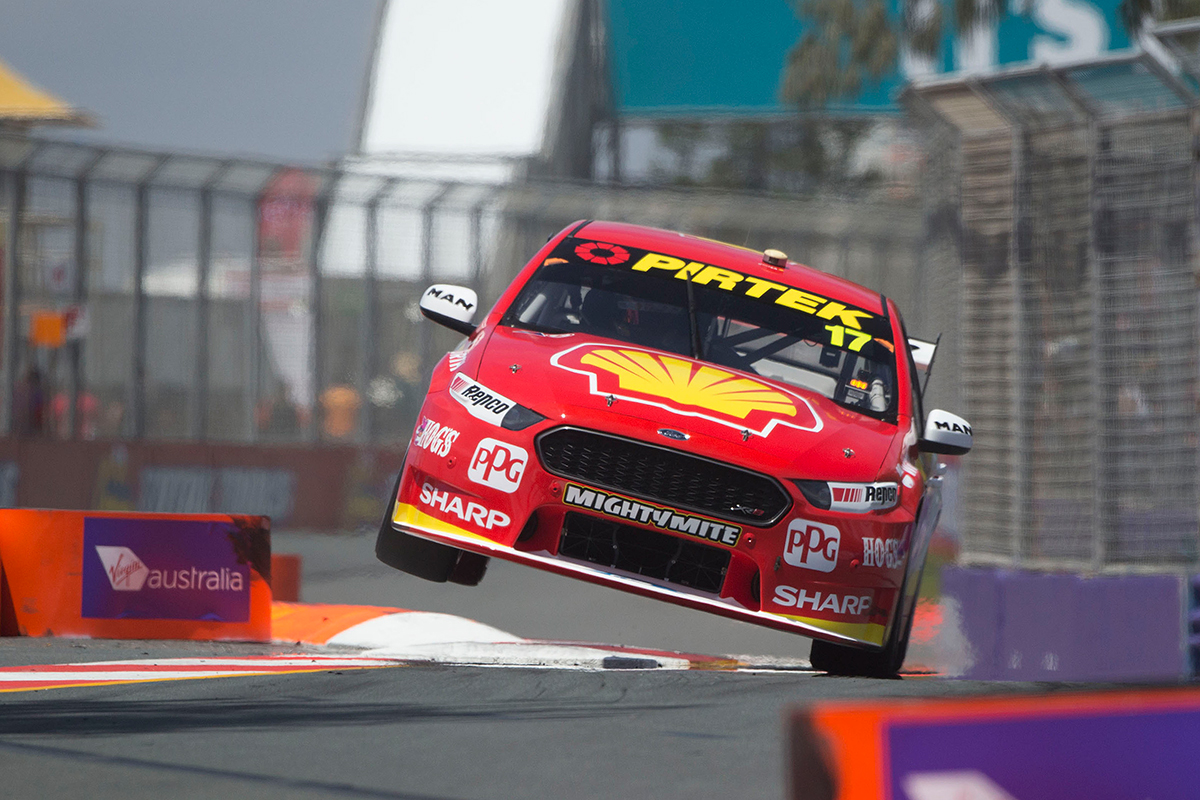 Scott McLaughlin says a new specification Shell V-Power Racing shock absorber on the Gold Coast gave him the confidence he used to have in Garry Rogers Motorsport's Volvo.

McLaughlin reclaimed the Supercars Championship lead from Shane van Gisbergen at the street circuit, with a fifth-place finish against his countryman's 10th on Saturday, before Sunday's washout.

The pair were quicker than those Race 26 results suggested, including McLaughlin taking ARMOR ALL Pole for the Saturday race and van Gisbergen topping provisional qualifying both days.

Noting "we've really learnt some things across the bumps and kerbs", McLaughlin said improvements channelled the GRM Volvo he raced between 2014-16.

"It's been awesome," he said of the new shocks.

"I said to the guys as soon as I got out of the car in P1, 'this is very much how the Volvo used to be', because that thing was amazing over the kerbs.

"The guys at GRM had an awesome car there. I feel really confident that when I land off the kerb; that was the biggest problem, it would hop and skip across the road and I couldn't carry the speed I wanted.

"Now, we've got that confidence, hopefully we can transition that to another track and go alright." 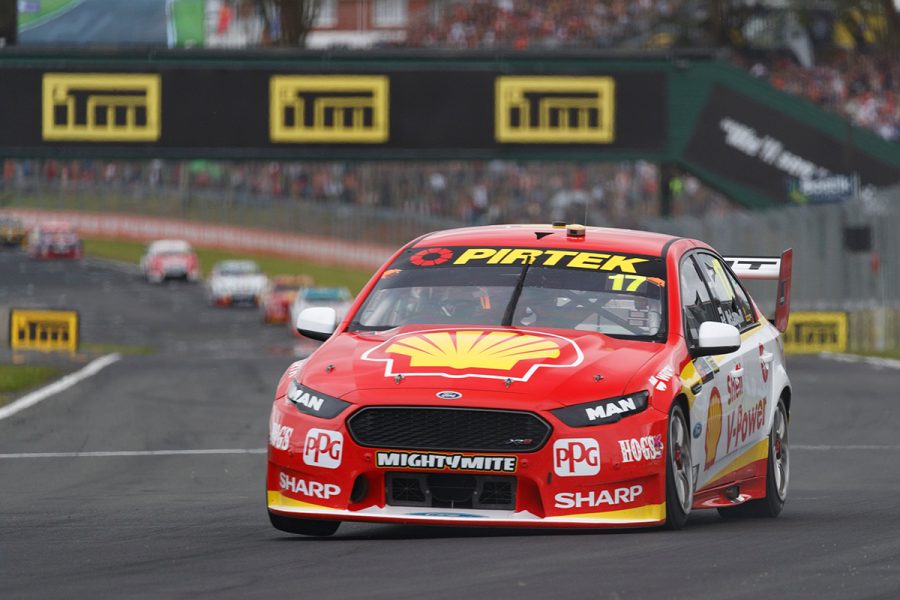 McLaughlin heads to his home event, the ITM Auckland SuperSprint on November 2-4 leading van Gisbergen by 14 points, having started the Gold Coast event 19 in arrears.

He finished third and second at Pukekohe in 2017, above, as van Gisbergen and team-mate Jamie Whincup split the wins.

"[Through] turn 1, and then Turn 2, the landing off that, that's where we were really poor last year," he said of the Auckland circuit.

"Hopefully we made a little gain, it's a nice little confidence booster for everyone before we head there.

"That's what we didn't have earlier in the year. I'm pretty confident.

"Our objective this weekend was to try and snatch the championship lead, whatever margin it is.

"It's nice to roll [into New Zealand] with the orange numbers and have a little buffer and hopefully we can just be there and put pressure on them like we have all year and see where we end up." 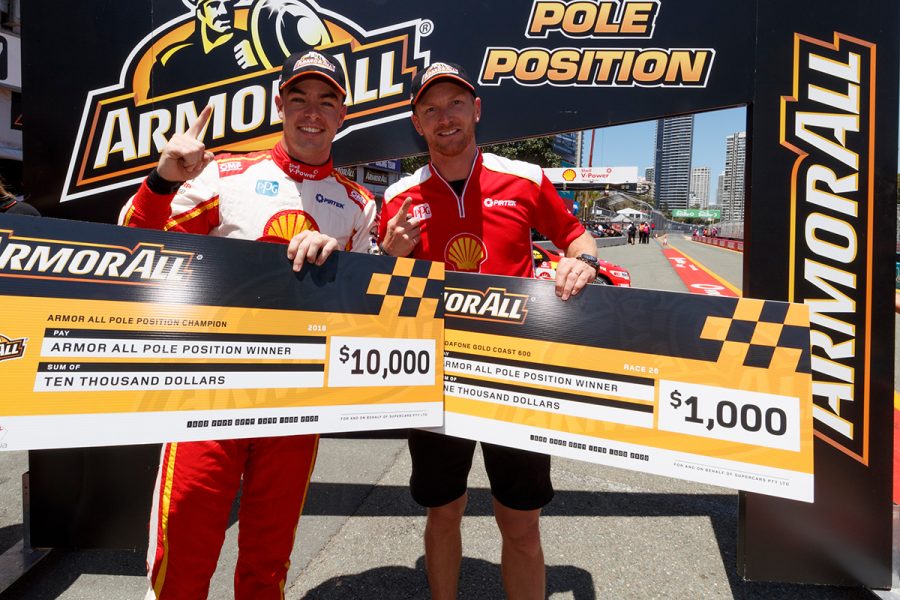 McLaughlin sealed back-to-back ARMOR ALL Pole prizes at Surfers, with his 12th pole of 2018

McLaughlin led the championship for four months from Race 9 at Phillip Island through to Race 22 at Tailem Bend.

While van Gisbergen then threatened to break clear, the pair are now split by just 14 points, with 600 up for grabs across the remaining four races.

"We're excited for it, to be in that battle's very cool going to New Zealand - two Kiwis having a good, hard crack.

"Normally me and Shane are always up the front around there, hopefully it doesn't really change, for me.

"It's a very special place."