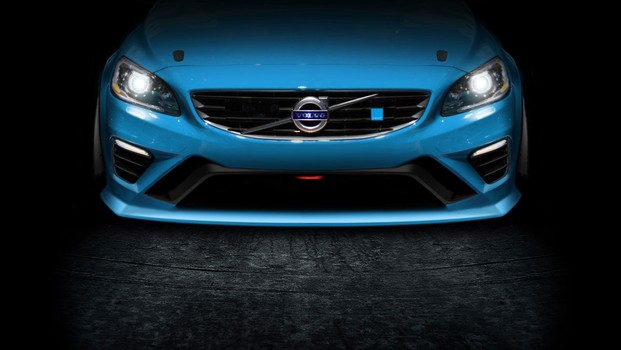 Volvo is prepared for some nationally televised “pitfalls”as its S60 V8 Supercars develop in 2014, but it is also confident the long termbenefits of its new racing program will outweigh any hiccups.

And having paid close attention to the ups and downs ofNissan Motorsport and Erebus Motorsport V8 in 2013, it is hoping Volvo PolestarRacing can avoid some of the pitfalls that can trip up new players.

“Without doubt, going into this situation you could notexpect not to see some form of exposure like that,” Volvo Car Australiamanaging director Matt Braid told v8supercars.com.au. “We are well aware thatif we struggle then the whole world is going to see it.

“However, that is part of the game.

“We will have some pitfalls along the way I’m sure as well,technically and on the track and we expect that.”

Short development timeframes, limited testing time and alack of horsepower had been a hindrance to 2013’s new teams against theestablished Holden Commodores and Ford Falcons.

The privateer Benzes have struggled more notably for pace,while suffering a series of reliability issues in televised races mostlyrelated to overheating.

“One advantage we have had over the other manufacturers isbeing able to watch them in the early stages and where possible we have beenable to take some pointers and learn some lessons and say ‘ok how do we adoptthat and avoid that potentially happening to us’,” Braid explained.

Development timeline is one crucial area where the newfactory Volvo squad is said to be doing well compared to the Nissan Altimas andespecially the Erebus Mercedes-Benz E63 AMG program, which didn’t really getrolling until September 2012.

The first S60 is scheduled to test in early December and thetwo-car Fujitsu and Valvoline backed team will race for the first time at theClipsal 500 Feb 27-March 2, 2014 (tickets are already on sale for the event).

Braid was unwilling to make any concrete predictions aboutjust how strongly the S60s would perform, or how soon they were expected to be challenging for rostrum places.

“I don’t want to make promises we can’t deliver on,” Braidsaid. “I am the goofball when it comes to the racing side of it. GRM andPolestar are the one who know and I am feeding off the confidence of those guysso we don’t actually have a set goal.

“We want to be successful and it is not going to happenovernight. We are well aware of that. But we know we have the goods and arevery confident we will achieve results on the track. For us it’s aboutshowcasing the S60 – it’s the most dynamic car in our range and we reallywant to bring it to the Australian public and there’s no better platform to dothat than through V8 Supercars racing.”

Braid said GRM had been at the top of VCA’s list for localracing partners even before V8 Supercars Commission chief Mark Skaife hadsuggested the privateer Holden team during the early discussions late in 2012.

“Garry and his team have performed very well andconsistently over the years results-wise, punch above their weight for whatthey are and they have never been an outright factory team.

“They have had a good group of commercial supporters andpartners for years and that’s a very good indication of how Garry runs hisbusiness. If you can have a long term relationship with your corporate partnerslike that then it indicates … he is obviously looking after them.”

VCA has signed a multi-year deal with GRM and is said tohave invested between $6 million and $7 million into the program: “It is asignificant spend on behalf of the brand in this country,” confirmed Braid.