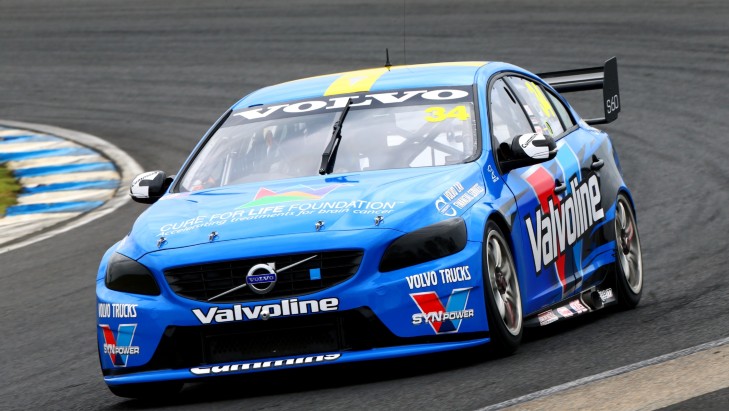 The twin Valvoline GRM S60s have been wearing bonnet branding to promote the cause which is one of Volvo's primary charities, started by Australia's foremost brain surgeon Charlie Teo.

Since Volvo and Cure Brain Cancer Foundation embarked on their innovative partnership over four years ago, Volvo and its Dealer Network have contributed $50 from every Volvo car sold in Australia to the Foundation. The two organisations celebrated the outstanding milestone of $1 million in contributions at a function in Sydney on 7 August.

"At Volvo Car Australia the plight of people living with brain cancer is hugely important to us," said Matt Braid.

"It is truly a terrible disease that kills both children and adults in the prime of their life. Volvo Car Australia has been proud to support Cure Brain Cancer Foundation over the last four years. We respect and admire the dedication and innovative work of the Cure Brain Cancer team, and our partnership is going from strength to strength."

The Volvo Polestar Racing team's V8 Supercar - currently impressing in its debut season of the V8 Supercars Championship - has joined the fight and run with Cure Brain Cancer logos on its bonnet at its launch and during test days.

Volvo has also supported the Foundation beyond financial contributions by leveraging its partnership with Super Rugby champions, the NSW Waratahs, via charity matches, as well as supporting the annual Walk4BrainCancer and Cure Brain Cancer's annual Gala Ball and Golf Day. 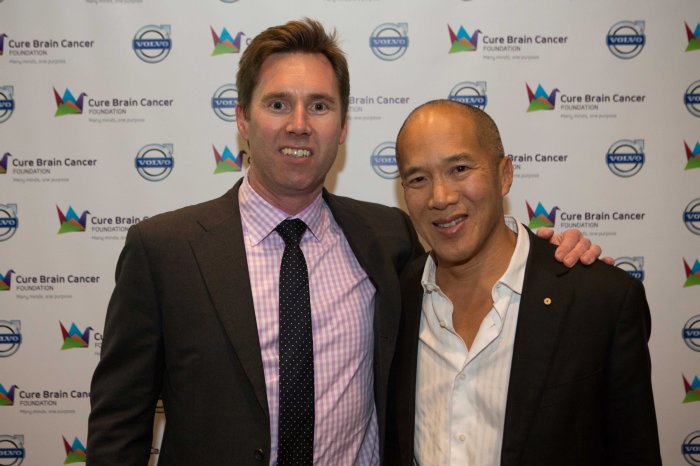 "We are indebted to Volvo Car Australia for their vision and courage to support Cure Brain Cancer Foundation when we were still a small and relatively unknown Foundation," said Stace.

"Thanks to Volvo's sponsorship, which has now reached $1million, we have grown our brand awareness and development of a national research strategy via global collaborations that will realise treatments for brain cancer patients within 10 years.

"$1 million could ultimately save thousands of lives. Cure Brain Cancer Foundation, our supporters and patients are indebted to Volvo and their customers for being our early and continued supporter. We are extremely proud of our partnership and grateful to the stewardship Volvo has given to realise the significant success we have today."

"'We are extremely grateful for Volvo's incredible support over the past four years. Their continued generosity has allowed us to become a world-recognised leader in funding research into brain cancer.

"We value Volvo's support and would like to thank the team for being such an important part of Cure Brain Cancer Foundation's story. Together we will find a cure for this terrible disease."

Cure Brain Cancer Foundation is unique because it takes a proactive approach and considers the entire research pathway.

It funds innovative, high priority research and identifies critical gaps in knowledge to achieve its mission to increase five-year survival to 50 percent within 10 years. A good example of this is the Brain Cancer Discovery Collaborative (BCDC), which Cure Brain Cancer helps fund.

It's a network of leading Australian researchers collaborating on adult and childhood brain cancer research, and sharing knowledge and resources to accelerate new treatments to patients. Cure Brain Cancer announced $1 million in funding for the BCDC at its launch in March 2013.

Scott McLaughlin  ›
15' Wilson Security Racing GRM ›
Stay In The Know
Sign up to the Repco Supercars Championship Newsletter
We use cookies to ensure that we give you the best experience on our website. If you continue to use this site we will assume that you are happy with it.Ok