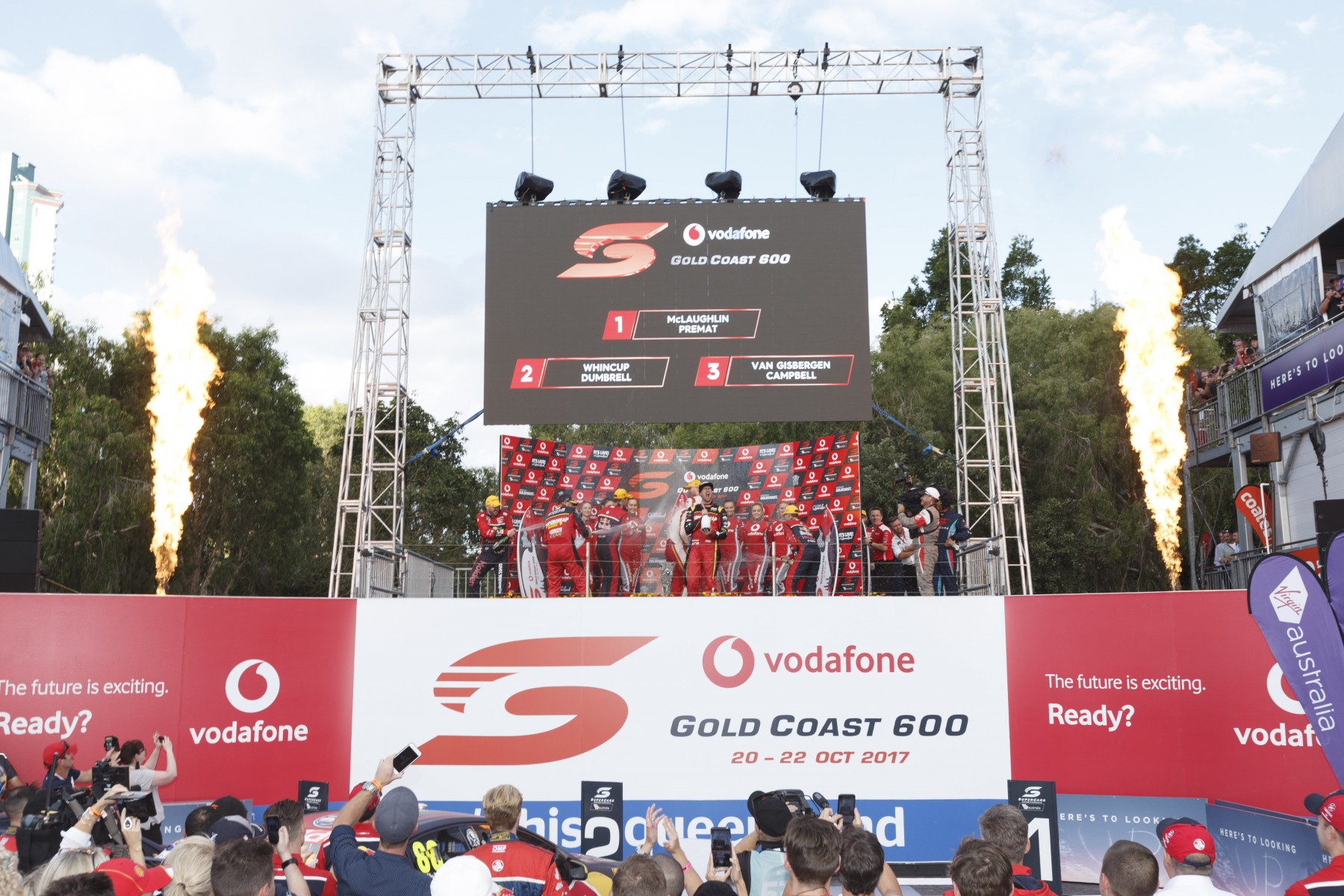 Vodafone has signed a new three-year deal with Supercars to continue its naming rights backing of the Gold Coast 600 and the championship’s Safety, Medical and Course Cars.

The deal will ensure Vodafone continues its position as the official Telco partner of the Virgin Australia Supercars Championship.

Vodafone rejoined Supercars last season, five years after the end of its previous involvement as primary sponsor for the Triple Eight team.

Acting Supercars CEO Shane Howard said the new deal allows Vodafone to build on the relationship with the championship.

“Vodafone is a blue-chip partner for our sport and we are delighted to have signed this new three-year deal as Supercars official telecommunications partner until 2020,” Howard said.

“Vodafone has played a huge role in supporting some of Supercars most iconic events and teams over the past 20 years.

“To have Vodafone and its iconic branding on board as the naming rights partner of the GC600 and our safety, medical and course cars is great news for our sport which receives world-wide exposure for our partners.

“The Vodafone GC600 is broadcast into 94 countries and 263 million homes across the globe which is the perfect opportunity to further showcase the Gold Coast and the Vodafone brand.

“It is a natural fit for one of Australia’s leading communications providers which prides itself on speed and reliability for its customers, just as our race teams do for their drivers.”

“We ramped up our partnership and took on the naming rights of the Vodafone GC600 in 2017 to become the official telco partner of the series, on top of sponsoring the Porsche safety, course and medical cars and the response was phenomenal,” McIntosh said.

“The team at Supercars is outstanding and the fan base is huge and passionate.

“The three-year deal as naming rights partner for the Gold Coast 600 will continue to bring the Vodafone brand to the hundreds of thousands of fans who attend the weekend, in addition to the millions of people who watch it on big and small screens across Australia and around the world.

“Anticipation is already high for this year’s event and we’re proud to align the high-performance Vodafone brand with the passion and excitement of Supercars for at least the next three years.”

The Vodafone Gold Coast 600 will run from October 19-21 on the streets of Surfers Paradise.

28/02/2018
Stay In The Know
Sign up to the Repco Supercars Championship Newsletter
We use cookies to ensure that we give you the best experience on our website. If you continue to use this site we will assume that you are happy with it.Ok