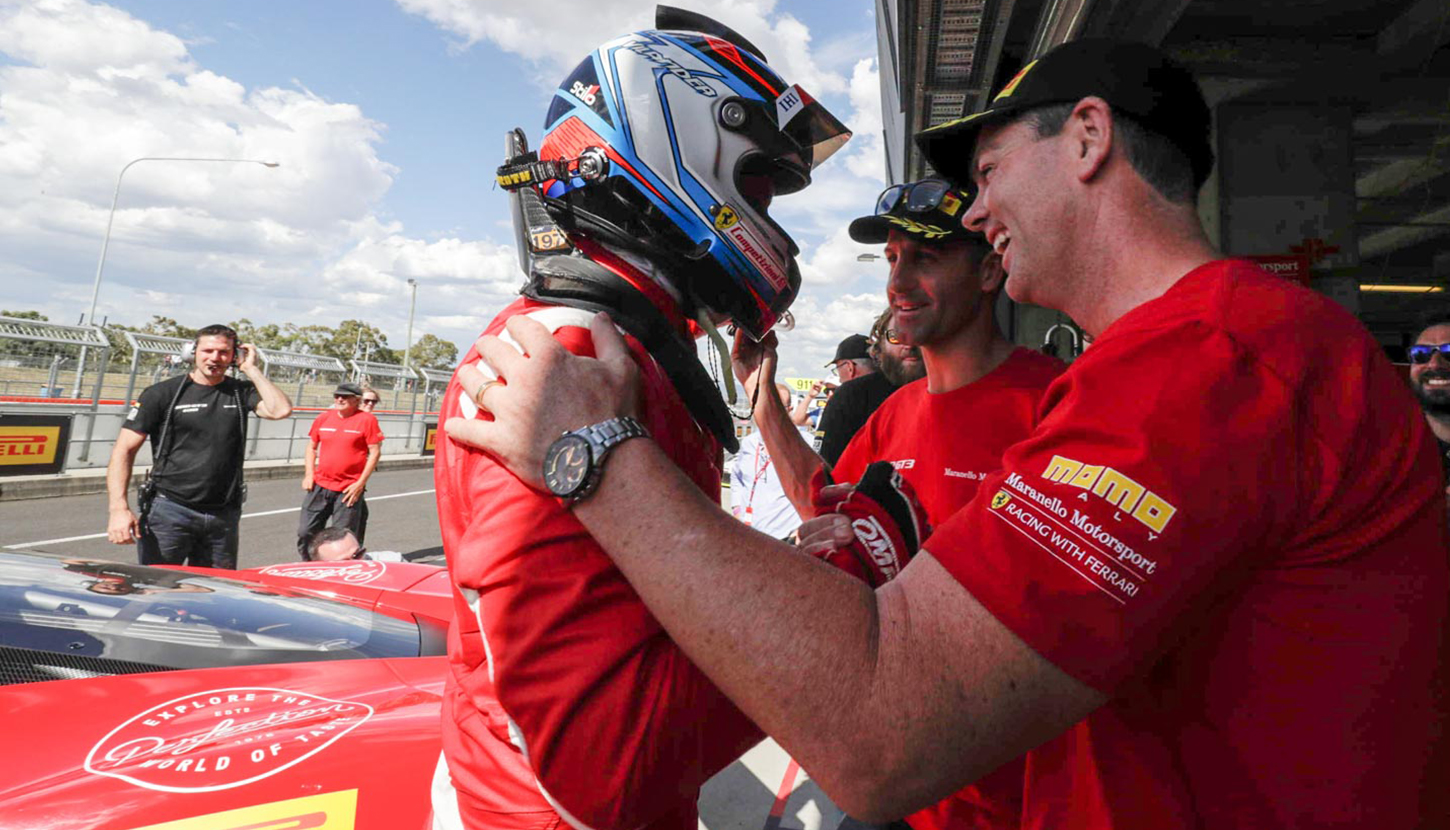 Supercars champs Jamie Whincup and Craig Lowndes will start the Bathurst 12 Hour from pole position thanks to the efforts of factory Ferrari driver Toni Vilander.

Vilander was the last man out in the Top 10 Shootout after topping regular qualifying aboard the Maranello Motorsport Ferrari earlier in the afternoon.

It was a fitting result for the Maranello Ferrari team, which picked up the pole trophy named after the late Allan Simonsen, who had an extensive history with the squad.

Mostert was a star of the Shootout as he edged out BMW’s factory gun, Marco Wittmann, for the top time moments prior to Vilander’s effort.

“The track temp went up a lot this afternoon and a 2:03.8s was the best time before the last three guys went out,” said Mostert.

“I was thinking it’d be quite slippery out there, but you still have a lot of grip in these cars.

“(This car) is pretty terrifying with the speed you carry across the top, it’s just unbelievable.

“It’s like playing a video game and the faster you go the more grip it’s got.”

Wittmann ended up third in the BMW he shares with Mark Winterbottom, while Supercars enduro regular Ash Walsh was an outstanding fourth in the Miedecke Stone Racing Aston Martin.

Further down the order, Will Davison’s Tekno Autosports McLaren is scheduled to start 11th, but is in doubt for the race after a heavy crash from co-driver Ben Barnicoat.

The Tekno team has spent the afternoon attempting to fly chassis parts down from Queensland that would enable a repair.

Michael Caruso and Todd Kelly’s Nissans suffered practice accidents in the hands of their co-drivers before being repaired to end up 12th and 14th on the combined qualifying times.

The Garth Tander Audi and Shane van Gisbergen Mercedes were among the pre-event favourites, but will start just 16th and 18th respectively after low-key build-ups.

The Bathurst 12 Hour commences at 5:45am local time tomorrow.