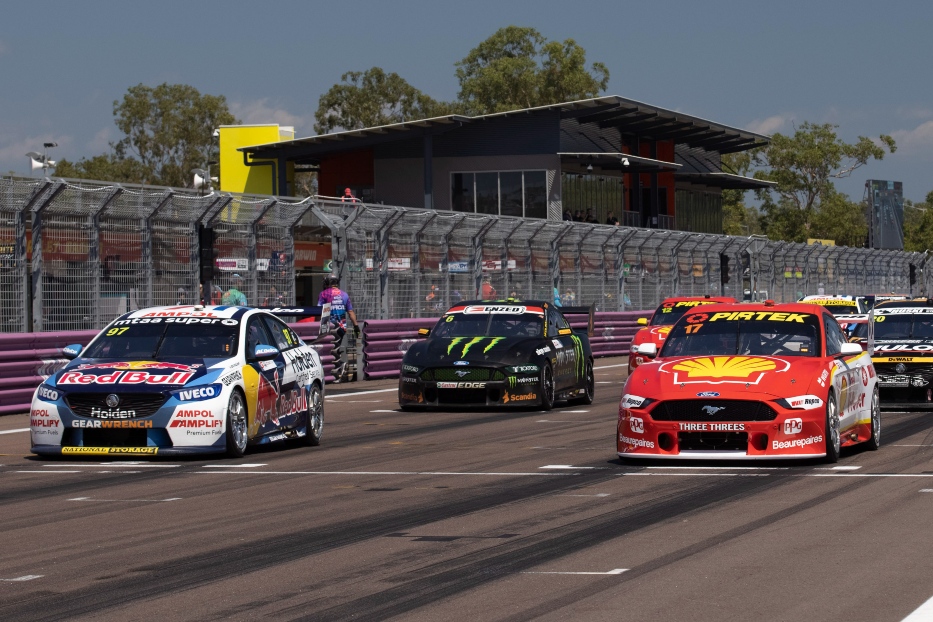 Starting from ARMOR ALL Pole Position isn’t the be-all and end-all to a driver’s victory hopes at Hidden Valley Raceway.

The driver starting from pole position has battled to convert it to a race win in Darwin in recent years.

The pole-sitter has won just 10 of the last 33 races in Darwin, with second on the grid the most prolific starting spot for winners.

Winners have come from second on the grid, on the clean side of the circuit, 23 times in 64 starts.

The winner has come from pole 21 times; the trend has recently started to change, with seven of the last 15 races won by the car starting on pole.

Last year, across the two Darwin events, Scott McLaughlin was only able to convert two of his four poles into victory.

The lowest starting position for victory at Hidden Valley came in Darwin’s second ever race in 1998 courtesy of Russell Ingall.

In 2011, Rick Kelly and Shane van Gisbergen’s wins both came from 12th.

The 2021 season, through four events, hasn’t completely sided with pole-sitters.

So far this season, six times in 11 starts has the winner gone on to win.

ARMOR ALL Qualifying for Race 12 at the Merlin Darwin Triple Crown will commence at 12:05pm AEST.

Most successful starting spots in Darwin