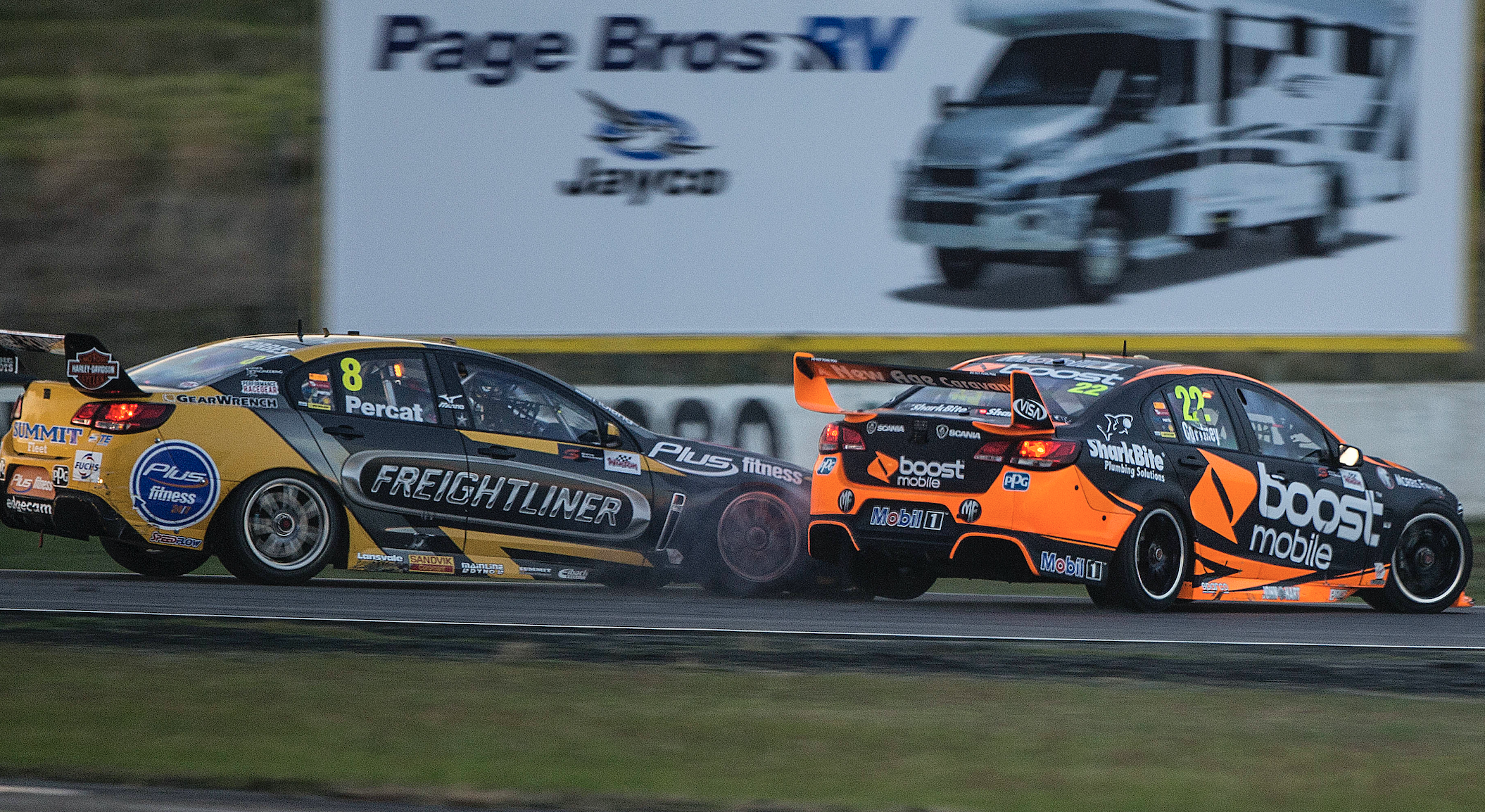 Officials have elected against awarding any penalties following the final lap clash between James Courtney and Nick Percat in Race 9.

A lengthy battle between the two ended with side-to-side contact on the short run between turns three and four that fired Courtney into the gravel.

A post-race investigation was completed this morning, with both drivers interviewed and data and footage reviewed.

Neither driver has been deemed wholly or predominately to blame, resulting in the no action verdict.

Courtney had also left the circuit on the opening lap following a tangle with James Moffat, which has resulted in the latter receiving a five second post-race time penalty.

Others incidents involving Taz Douglas/Simona De Silvestro and Dale Wood/Jason Bright were also investigated but did not draw penalties.