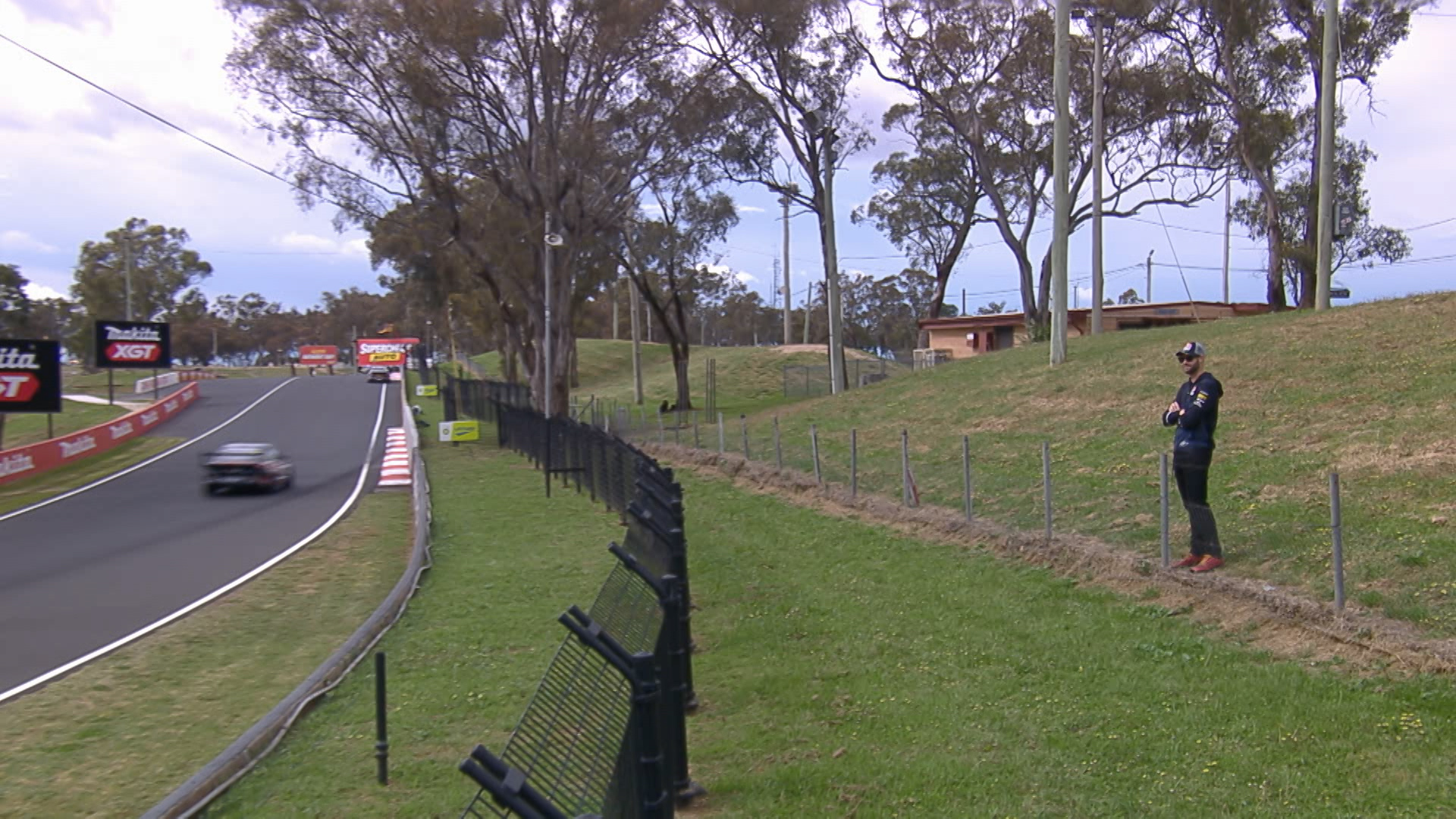 Standing alone atop Mount Panorama during co-driver practice, Shane van Gisbergen gained a fresh appreciation for the speed of the modern Supercars.

Van Gisbergen made brief appearances in the spectator areas at Sulman Park and The Chase while Garth Tander took the wheel of his Red Bull Holden in Practice 4.

The Kiwi cut a unique figure on the Mountain, as COVID-19 restrictions have prevented the public from spectating up the top this year.

“I’ve been up there for the 12 Hour before and it’s awesome, but Supercars are something else,” said van Gisbergen of the experience.

“The way they move around, you forget how fast they are. Obviously driving them they’re pretty fast, but when you see them from outside the car they’re unreal.

“I went to The Chase as well and stood beside the track and holy shit they’re flying down there.

“As they turn in for The Chase they are coming head-on and they sound awesome as they fly past.

“You don’t feel that in the car, you get used to it. The first lap through the Chase is quick, but when you see them in person it’s really cool.”

Van Gisbergen ended up second to Lee Holdsworth in ARMOR ALL Qualifying and was among those left wondering after rain prevented a final run.

“It’s a real rush around here,” he said of qualifying.

“You go out, the second run is pretty good and you think ‘how am I going to beat that?’ and naturally the time comes as you progress.

“The track’s rubbering in, the cars are getting lighter [while burning fuel], it’s just an awesome feeling here in qualifying.

“My engineer is a bit of a gypsy, I don’t get new tyres very often, so having four in a row there was pretty awesome.

“The last set I was pretty pumped up for and I had a tow lined up but got rain down the hill and that was that.”

Two more practice sessions will take place on Saturday ahead of a Top 10 Shootout that could also feature wet weather.

“It’s going to be interesting,” he said.

“In 2015 we had the same thing where it could be a weather-affected Shootout and it’s just a lottery, what end [of the running order] you’re at.

“Hopefully it falls our way and at the end it’s starting to dry up or get cooler or whatever.

“Hopefully everyone gets a fair shot.”