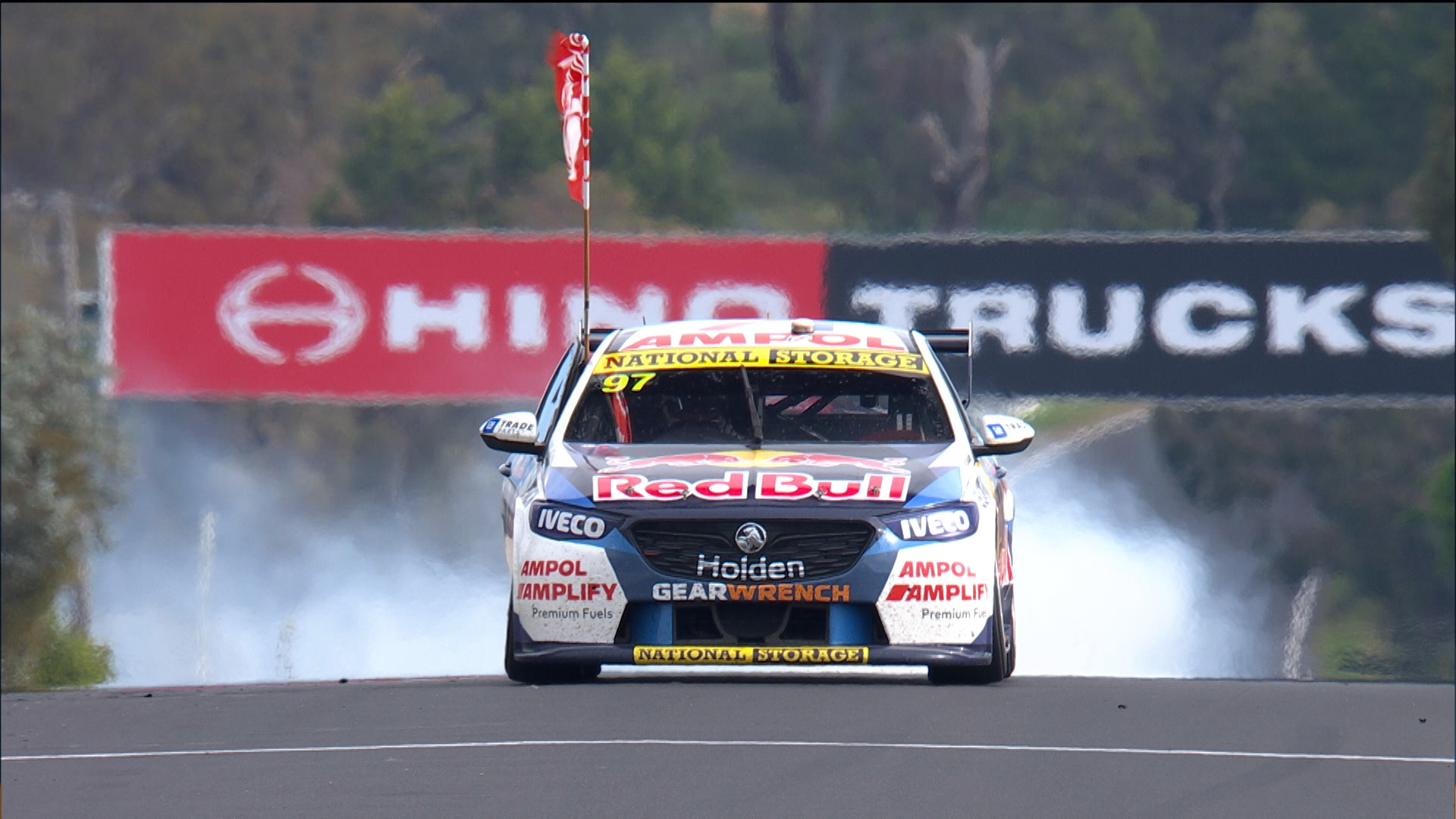 Shane van Gisbergen paid respect to the Holden 'family' who helped with his controversial switch from Ford eight years ago, following a landmark Bathurst win.

Triple Eight and other Supercars squads will continue to campaign Commodores next year without factory support, before the Chevrolet Camaro joins the grid under new Gen3 rules in 2022.

The son of a Ford fanatic, van Gisbergen raced Falcons for the first six years of his Supercars career at Stone Brothers Racing.

That has meant racing under the Holden Racing Team banner for the last four years, capped by victory today alongside Holden stalwart co-driver Garth Tander. 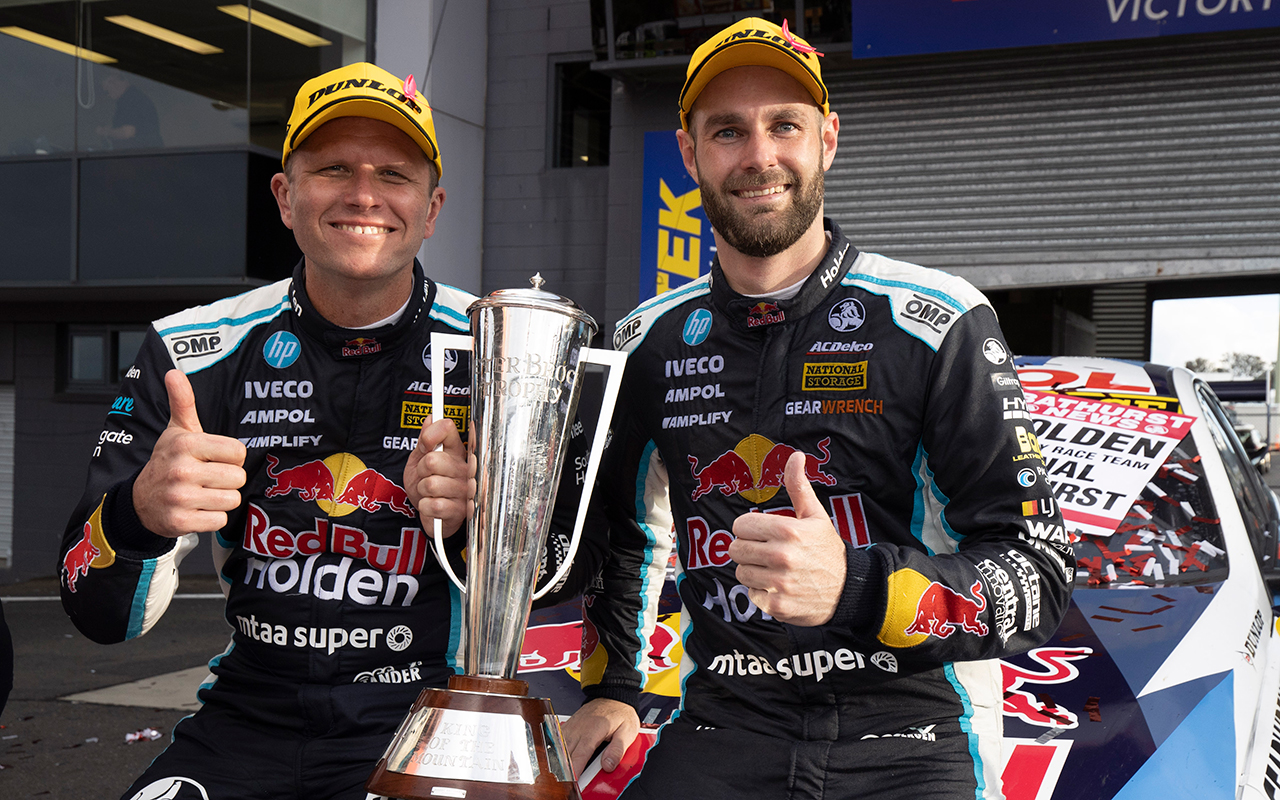 After holding off Cameron Waters’ Ford Mustang, van Gisbergen drove a victory lap with a Holden flag flying out the window of the #97 Commodore, symbolising a significant moment for the sport.

“I was thinking I’d pick up the chequered flag and I just saw the guy there [with a Holden flag] and thought I’d stop and grab it,” van Gisbergen explained.

“It’s pretty significant for Holden, to farewell them this way as the factory team, as an official race team.

“I had some troubles joining Holden, I just remember Simon [McNamara, then sponsorship manager] and Gerald [McDornan, PR manager] and the team, all the Holden guys, how welcoming they were.

“Then becoming the factory team two or three years ago, having that weight on the shoulders and representing them like that is pretty special.

“To win the last one for Holden is pretty cool. I think it would have looked cool with the flag out the top, hopefully it was a good way to send it off.”

The victory lap was a new addition at this year’s race, which usually has drivers turn straight into the back of the paddock after exiting Turn 1 following the completion of the race.

A lack of spectators at this year’s event thanks to COVID-19 restrictions made that, and the podium that followed, an unusual experience for the 31-year-old.

“It was weird with no crowd. I’ve obviously experienced being on the podium a couple of times with seconds and thirds and stuff,” he said.

“It’s still a special feeling, it still means as much as every other year I think. The intensity of the race was crazy, the build-up, how fast everyone was… it still means quite a lot.

“Hopefully next year there will be big crowds again and we can enjoy it again, but it doesn’t take anything away from it.

“It would have been great having that victory lap with all the crowd up there and stuff, it was a bit lonely.

“I was going to stop up top, I was planning a skid, but there were a bunch of cops up there…

Van Gisbergen was joined on the victory lap by Scott McLaughlin, who celebrated winning the 2020 Supercars Championship title.