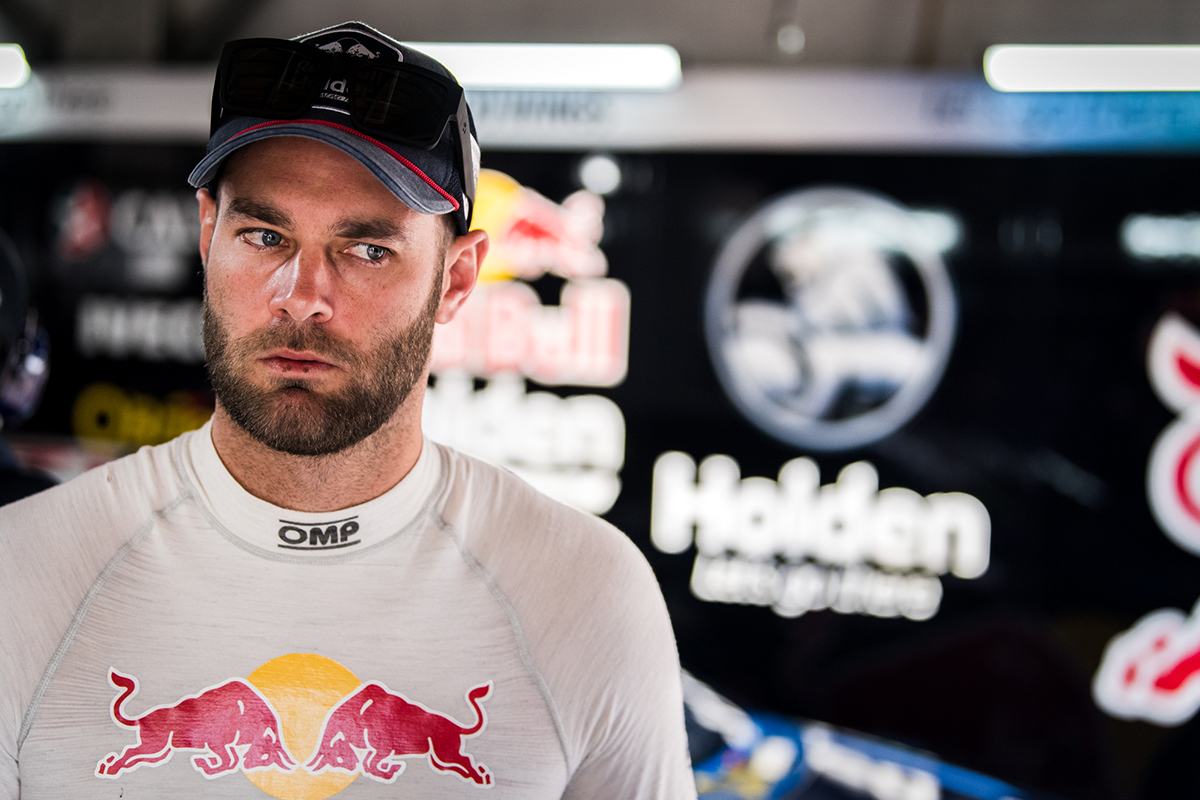 Van Gisbergen passed an out-of-fuel McLaughlin on the final lap of Saturday's race to win and close from 14 points behind to just two in their fight.

However officials investigated a refuelling breach in his third pitstop, with a 25-second time penalty ultimately issued on Sunday morning.

That demoted van Gisbergen from first to fifth, giving McLaughlin the victory and a 53-point advantage entering the final race.

Even if van Gisbergen takes his Red Bull Holden Racing Team Commodore to a ninth victory, McLaughlin can seal a maiden championship by finishing in the top six.

“The bloody series took it away from us, that’s shit,” said van Gisbergen after Sunday morning qualifying.

“Anyway, looking forward to a good race and hopefully we can put on a good show and battle for the win.

“But I don’t need to say anything.”

McLaughlin started the corresponding race in 2017 with a 78-point advantage over Jamie Whincup and needing to only finish 11th.

He had a nightmare day, though, picking up three penalties including one on the last lap to lose the crown.

“It’s shit to pray that someone has misfortune, you don’t cheer for someone’s misfortune or hope for it.

“I’m not someone who does that.”

Triple Eight has otherwise declined to comment on the penalty thus far on Sunday.

P5 yesterday. Title now a long shot but we won’t give up. Hope everyone enjoys the race unfortunately it’s not a head to head battle anymore which would have been epic. #thanksCL #thanksTB

McLaughlin shaded his fellow Kiwi in ARMOR ALL Qualifying on Sunday morning by 0.1217 seconds, ensuring the title contenders will be the last runners in the Shootout.

Van Gisbergen was second, having completed his final run immediately after the restart while McLaughlin waited a little longer.

“Got to get that one lap [right],” said van Gisbergen of the Shootout.

“We’ve got a set of tyres, it was a bit of a worry, we went early on that last run just in case we needed to do two runs, but thankfully we got in.

“So we’ve got a new set for the Shootout, which is good.”