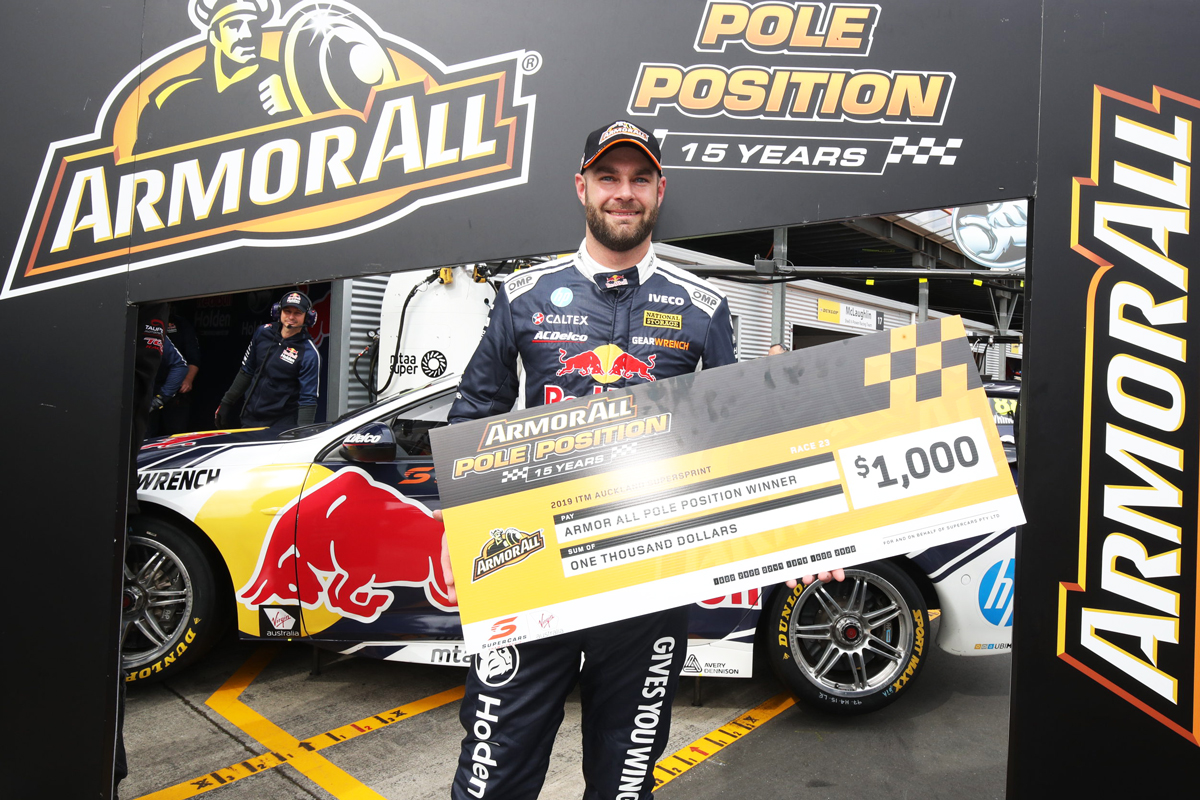 Shane van Gisbergen will start the opening leg of the ITM Auckland SuperSprint from ARMOR ALL Pole after a stunning final lap in qualifying.

The Kiwi scored his second pole of the season ahead of a five-strong pack of Ford Mustang drivers, led by Tickford Racing’s Cameron Waters.

Van Gisbergen led the way heading into the final runs having recorded a 1:01.7537s best just prior to the halfway mark of the 20-minute session.

“I just fired up man, there's nothing like racing at home,” said van Gisbergen, whose time undercut the practice record set on Friday by Lee Holdsworth..

“With all the people here cheering us on, it's such a cool feeling.

“The first lap of the second run I mucked up, and then I put it together for the last one. I'm super stoked.

“The race is going to be tough with a bunch of those Fords behind us and the weather coming."

The result comes in the first event for the revised Holden aerodynamic package, which included a front undertray extension and new rear Gurney flap.

“With this new change, it’s given us so much rear and the front’s done nothing,” he said.

“Especially around here, it’s too high [front ride height to cope with the bumps] to make use of that new wicker [Gurney flap].

“We had to take the wing off to turn it, but hopefully that won’t hurt the tyres in the race. We’ll find that out pretty quick.” 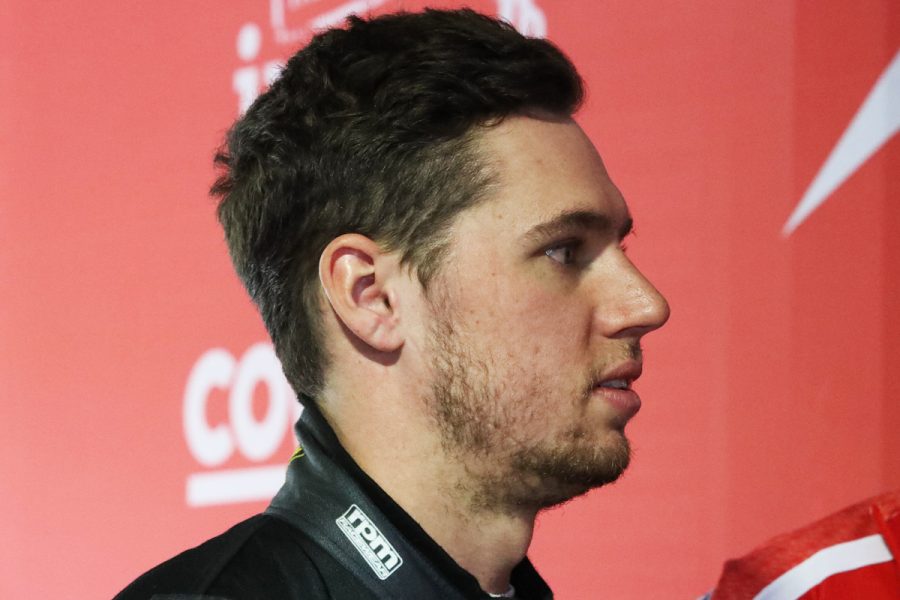 Will Davison and Chaz Mostert made it three Tickford Mustangs in the top four to share the second row, ahead of Shell V-Power Ford duo Fabian Coulthard and Scott McLaughlin.

The result marks McLaughlin’s worst qualifying of the year to date and just the fourth time in 2019 he’s been out-qualified by Coulthard.

“Unfortunately not quite there. We need to work a little bit more on the set-up and whatever,” said McLaughlin.

“I’m really struggling getting off the corner, slow-speed traction wise, so Turns 4 and 6 and the hairpin, just trying to get the grip.

“We’ll see, there’s a long race ahead and I think there’ll be a bit of rain too so we’ll have a bit of fun." 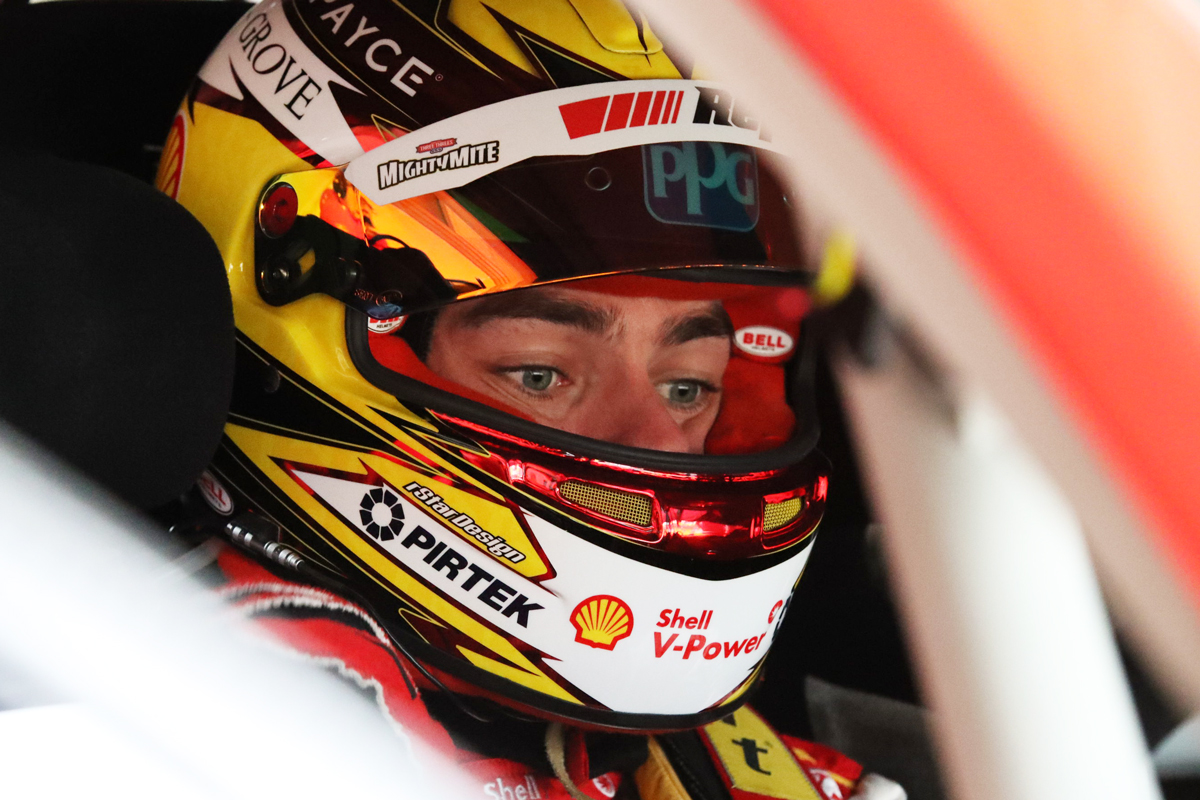 Penrite Racing pair David Reynolds and Anton De Pasquale ended up seventh and ninth, split by the other Ford Mustang in the field, driven by Lee Holdsworth.