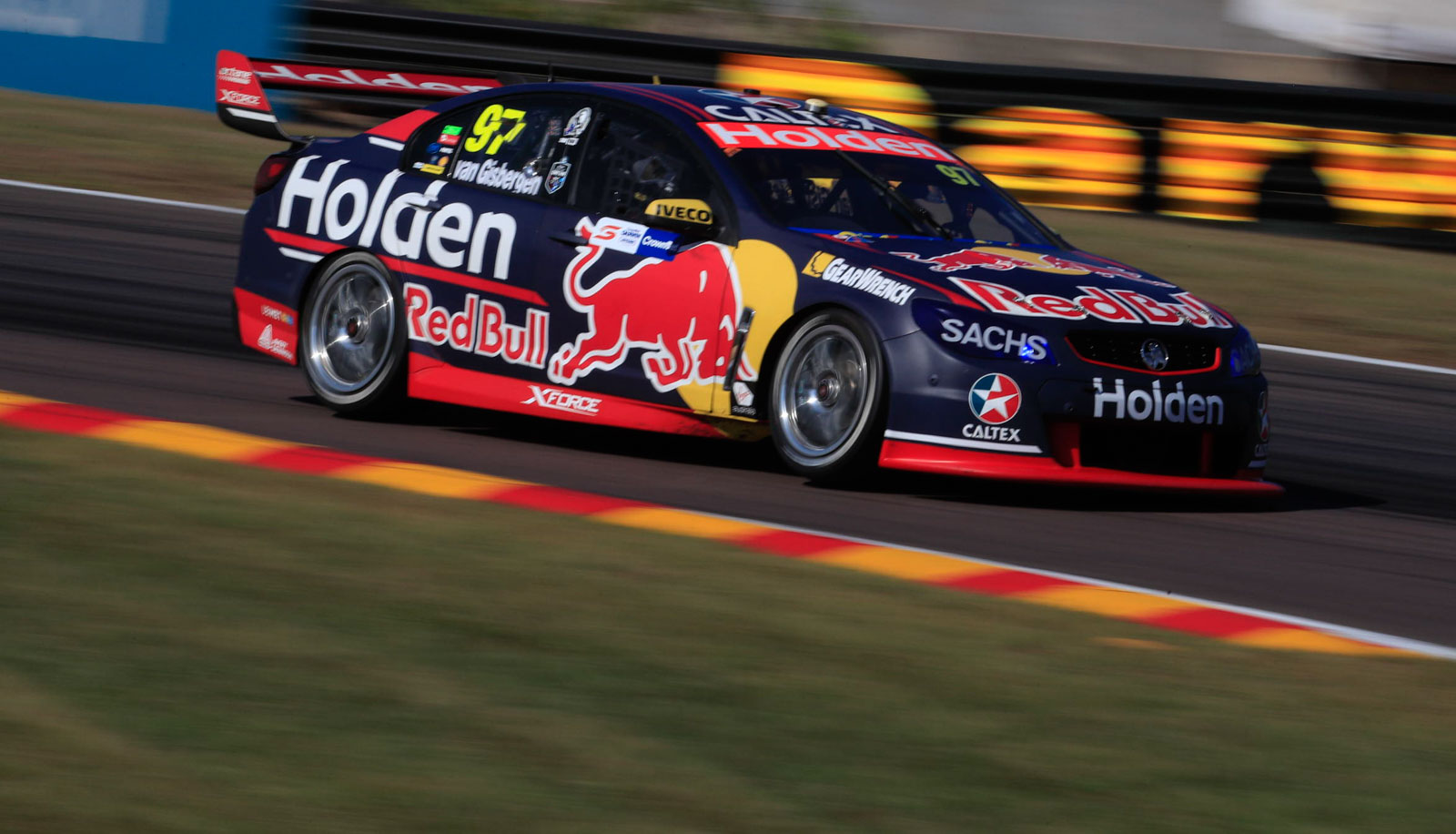 Shane van Gisbergen currently sits higher in the points than he did at the same time last year, but the defending Supercars champion says an even bigger challenge awaits this season.

The Red Bull Holden driver started his campaign with a dominant showing at the Clipsal 500 before Shell V-Power Racing moved to the top of the sport’s pecking order from Symmons Plains onwards.

Despite entering the stage of the season that has traditionally been strong for his Triple Eight team, the Kiwi remains cautious on his expectations for the remainder of the championship.

Van Gisbergen heads into the Watpac Townsville 400 fourth in the championship, 178 points adrift of the lead after a tough Darwin that included a tyre failure and a collision.

At this time last year he was fifth, albeit just 71 points behind the leader.

Van Gisbergen has arrived back into Australia on the eve of the event after finishing fourth in class at the weekend's WeatherTech SportsCar Championship round at Watkins Glen, USA.

“It doesn’t give me confidence, but I know that last year we had a worse start to the year and came back from that,” he told Supercars.com.

“This year there are cars that are faster than us, last year we were the fastest team really.

“This year we’ve got to really get the team faster and us three (cars) work as hard as we can to make our own cars better to challenge for the championship later.”

“Ludo has all of our knowledge. That’s one thing about people changing teams, they know everything you do,” he said.

“All the stuff and secrets we’ve had from the last years, someone else has.

“That happens in all sports and we just have to accept it and forge a better path.

“We’re working hard but do have confidence our in team’s strength and particularly mine. It should be a good couple of rounds we hope.”

The 28-year-old explained that while his start to the season has been better than previous years, he still feels there is a lot more to come from himself and the team.

“It’s great competition this year and everyone is really competitive. We obviously started well and we’ve sort of dropped back,” he said.

“There’s the tyre stuff and we’ve had a few problems there now and also the stupid penalties at Phillip Island. That was a bit of a debacle for the sport.

“We’ve dropped back a lot but I feel like we’re getting better, even though we had that tyre problem at Darwin.

“All three cars are getting better and closer to the pace consistently.

“I’m looking forward to the second half of the season, that’s for sure. As long as we’re consistent, we’ll be starting to claw back those points we lost.

“From above with Dutto (team manager Mark Dutton) and RD (team principal Roland Dane), we’re all being pushed hard to perform.

“It’s good pressure to have and it feels like the whole team is rising to the challenge.

“Even though we’re getting beaten at the moment, the atmosphere in the team is awesome.”

The team is having to balance its current program with development of its Gen2 package, which saw the track testing debut of its V6 turbo last week.