Van Gisbergen was last out and turned a 1:12.1042s to finish two tenths clear of Jamie Whincup, while championship leader McLaughlin could only manage seventh.

The benchmark dropped through the runs at Reid Park, via efforts from Nick Percat, Craig Lowndes, Will Davison, David Reynolds and then Rick Kelly.

Saturday winner Whincup, third last out, found another tenth from Kelly’s effort in the Castrol Altima to turn a 1:12.3386s.

McLaughlin came and went without challenging that, but van Gisbergen was quickest in all three sectors, after leading the way in regular qualifying.

Beating Whincup by 0.2344 seconds, van Gisbergen secured his fifth ARMOR ALL Pole of the 2018 Supercars season and the 25th of his career.

“All three of us [Triple Eight drivers] were in the top 10 and just privileged to drive these cars.

“The car was amazing on that lap. I drove it quite smoothly, it was hooked up.”

Kelly and Reynolds will share the second row, with Davison and Lowndes on the third.

“I was a little bit happier than qualifying, the car was obviously trimmed up a bit better,” Erebus driver Reynolds said.

“If I had my time again I probably would have broke fractionally later at the last corner.

“I probably lost a tenth or half a tenth there, which would be enough to jump Rick, but the rest I had no chance.

“Those Triple Eight cars are very fast weekend. Hopefully we can tune our car up for the race, because yesterday ours was a bit of a pig.” 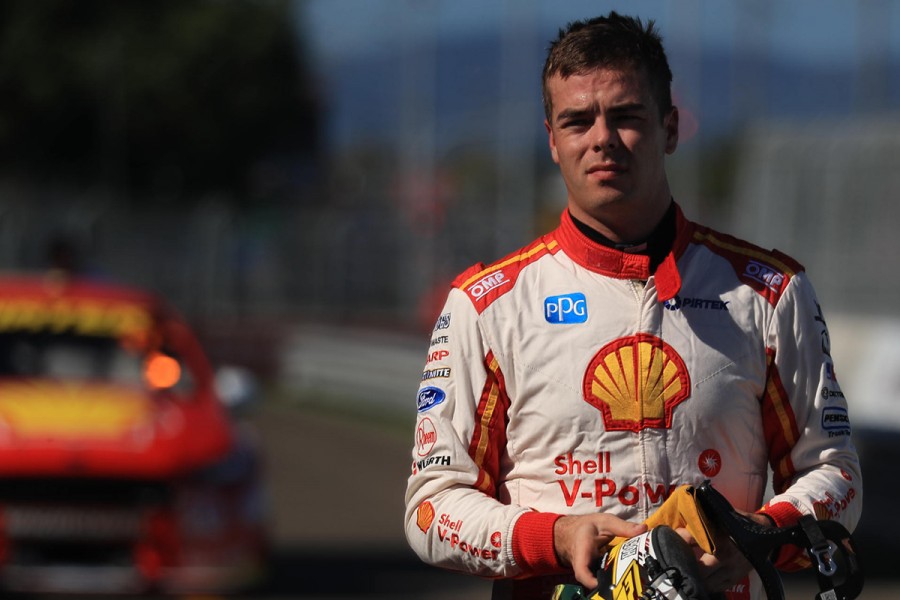 McLaughlin turned an uncharacteristically quiet Shootout lap to only be seventh, 0.5196s off top spot, having been second in the day's earlier qualifying session.

Percat was first away in his Brad Jones Racing Commodore, and a 1:12.9139s was good enough to jump the Walkinshaw entries of James Courtney and Scott Pye and take eighth.

Beyond the first five rows of the grid, Chaz Mostert will be the lead Tickford Racing starter in 12th, with Fabian Coulthard 18th.