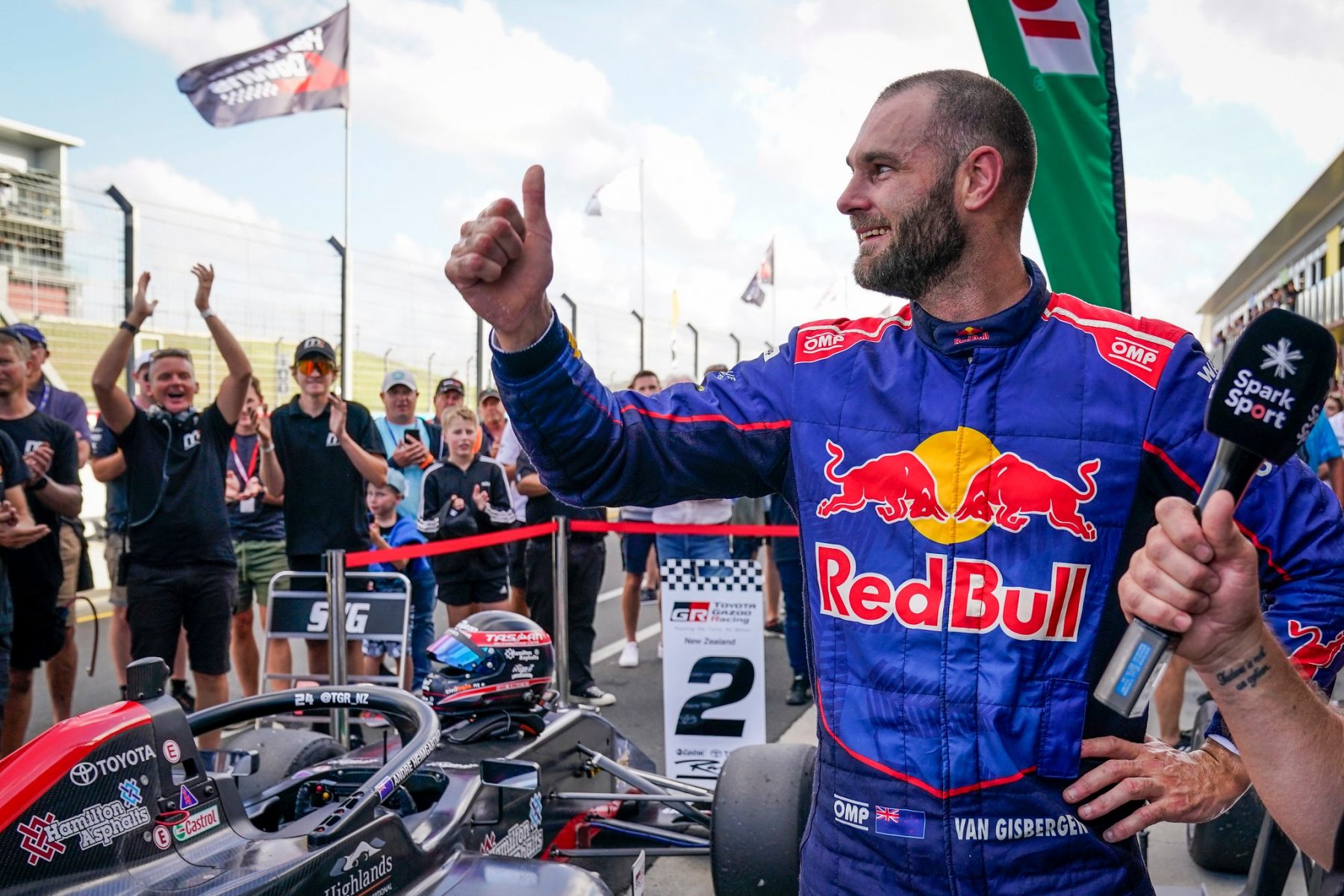 Shane van Gisbergen admitted he was "speechless" following a remarkable charge from pit lane to victory in the New Zealand Grand Prix.

Van Gisbergen won both curtain raiser races at Hampton Downs Motorsport Park, but the feature race was the one he wanted.

His hopes of a clean start were literally extinguished before the race even commenced following a fire extinguisher mishap.

The extinguisher set off in van Gisbergen's FT-60, commencing frantic efforts to clean his car and refill his fire extinguisher.

The #97 couldn’t take to the grid after van Gisbergen's crew missed the cut-off time to exit pit lane.

However, the 66th running of the grand prix on Sunday saw a van Gisbergen masterclass, with the Supercars star charging from 16th to the lead with 10 laps remaining. 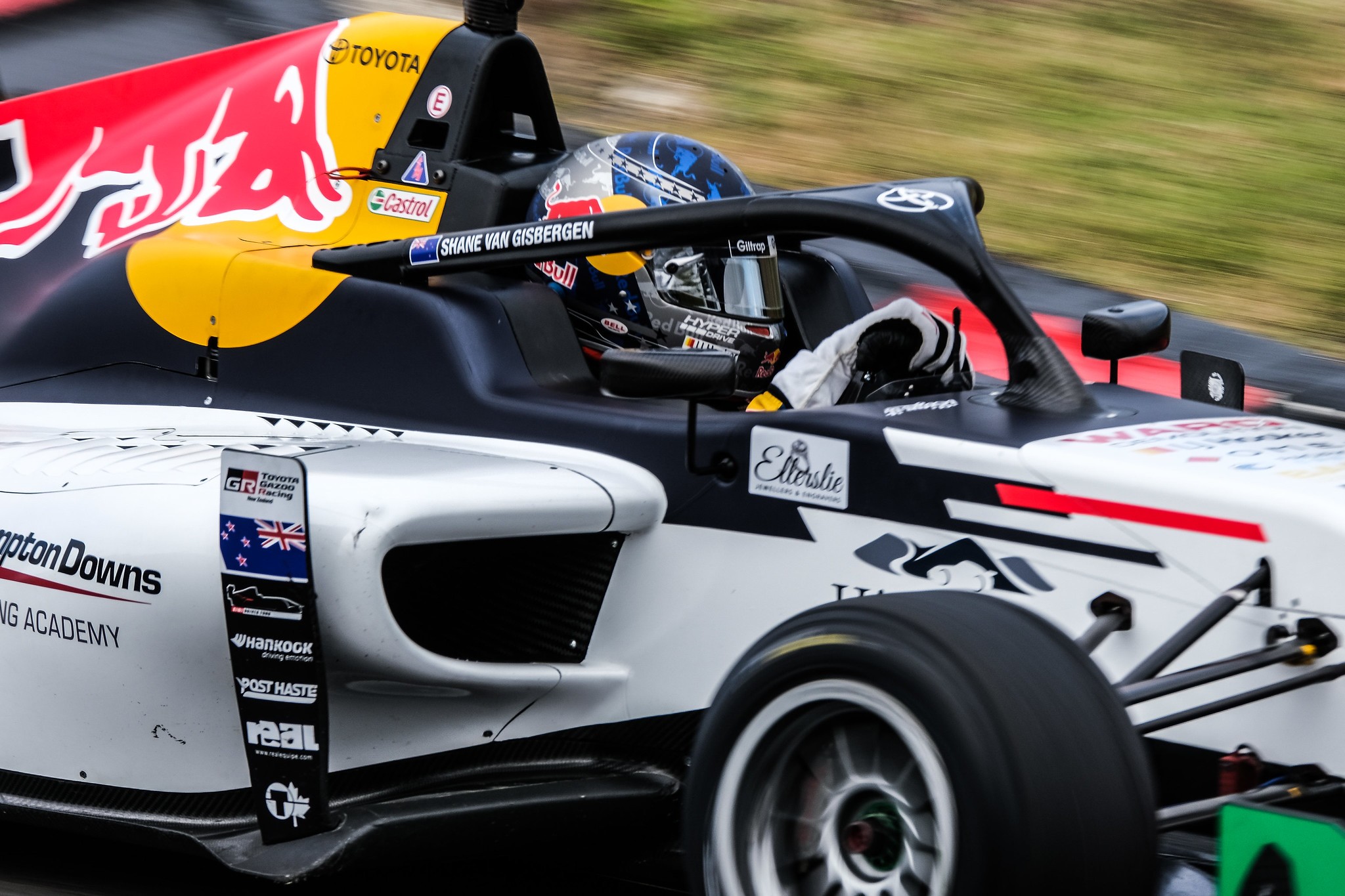 Van Gisbergen delivered a comeback effort for the ages to defeat Andre Heimgartner, who sealed a one-two for Supercars drivers.

"Some numpty went to start the car and pushed the fire extinguisher button," van Gisbergen told the broadcast after the race.

"She was a bit of a panic. That was my fault. I thought it was all over.

"Man, the car was awesome. Perfect Safety Car [timing]... I don't know how the front wing is still on the thing."

The 31-year-old would have lined up 10th on the grid following the morning's wet qualifying session, with debutant Kaleb Ngatoa securing a surprise pole position ahead of former Supercars driver Dan Gaunt.

Van Gisbergen had muscled his way into fourth by lap 14 following a mid-race Safety Car for the stranded car of Peter Vodanovich. 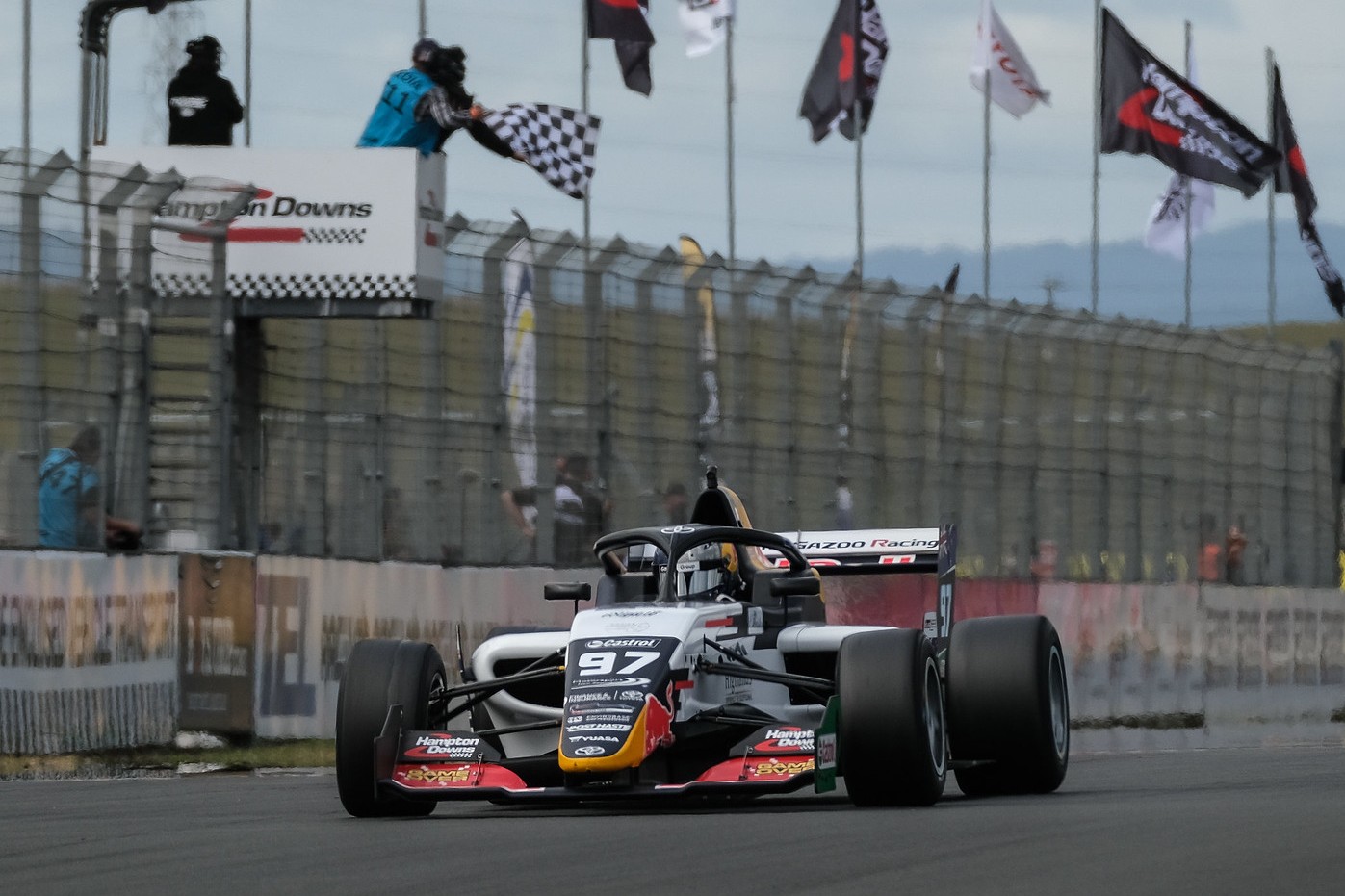 With 10 laps to go, he was into the lead, and he stretched out to an eventual winning margin of 2.27s.

While desperate to avoid damage to his open-wheeler, van Gisbergen still demonstrated his racer's prowess with some brilliant moves.

No overtake carried greater weight than the pass on Gaunt for the lead, with van Gisbergen throwing his car down the inside at the Turn 7 hairpin.

"That was unreal. It's been an awesome weekend.

"I'm pretty speechless. I thought it was going to be hard from 10th, let alone the pit lane."

Van Gisbergen and Heimgartner will return to competitive Supercars action at next month’s Repco Mt Panorama 500. Tickets are on sale now.