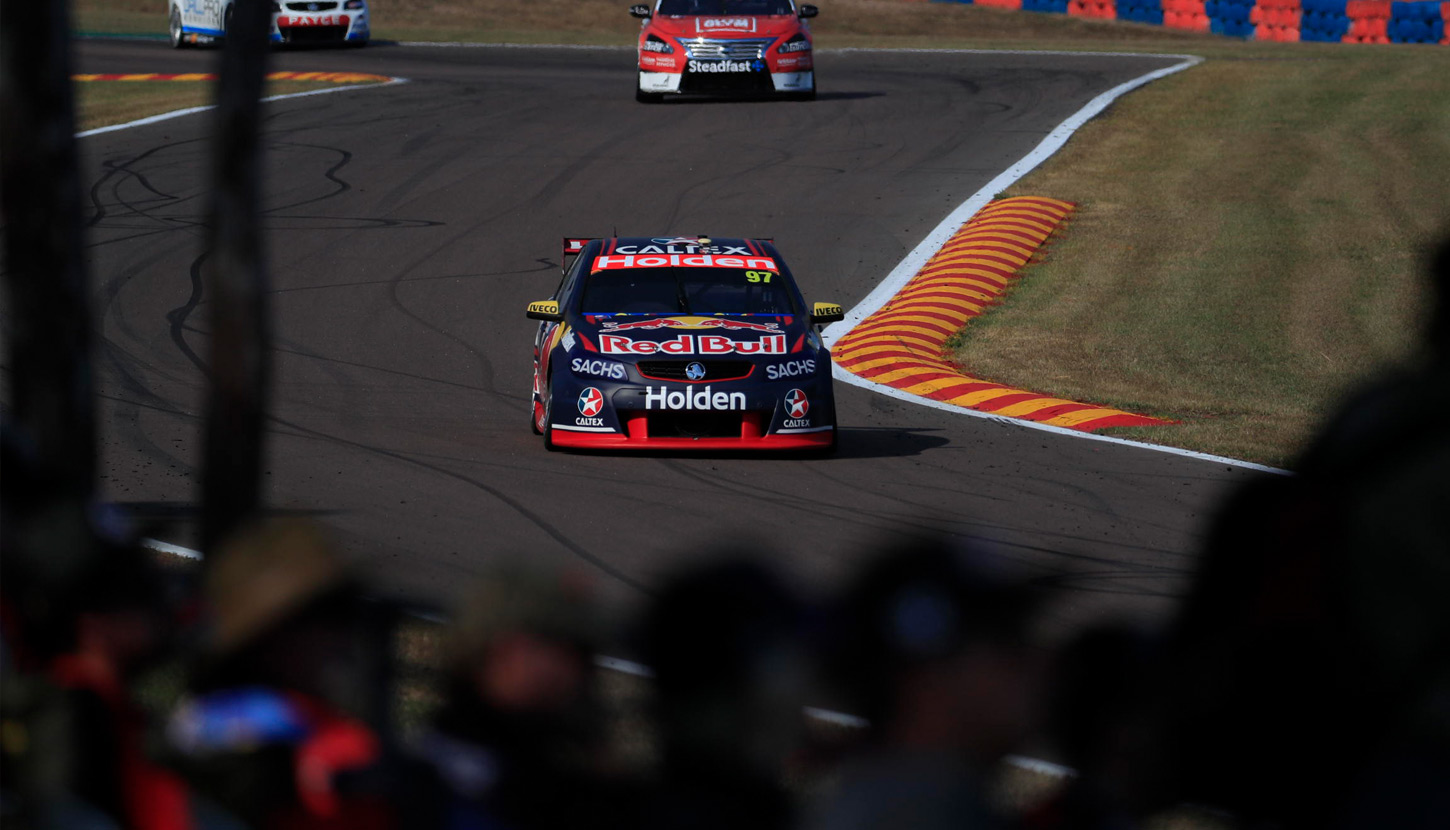 Shane van Gisbergen ended a challenging day of practice at the CrownBet Darwin Triple Crown convinced that something is broken on his Red Bull Holden.

The reigning Hidden Valley winner and Supercars champion was third and ninth in the two 45 minute sessions.

The Kiwi ended up more than 0.3s adrift of pace-setting team-mate Jamie Whincup while also being shaded by Triple Eight's third entry, driven by Craig Lowndes.

"It wasn't a very good day,” he said of two sessions that included multiple off-track excursions.

“The car just doesn't feel normal, something has been broken all day, so we've got to find out what it is.

“We're not sure what it is, otherwise we would have fixed it. We were still okay, it just doesn't feel like our normal car. Something is quite bad.

“We're still quick but it just feels horrendous, so hopefully we can fix it.

“We had too many problems today to get a feel for the track, we're just chasing our tail round in circles.

“Luckily we get another practice session tomorrow."

It’s not the first time this year that van Gisbergen has been troubled by mysterious car issues.

He battled vibrations during the pre-season test and Clipsal 500 Adelaide that were eventually remedied during a lengthy rebuild ahead of Albert Park.