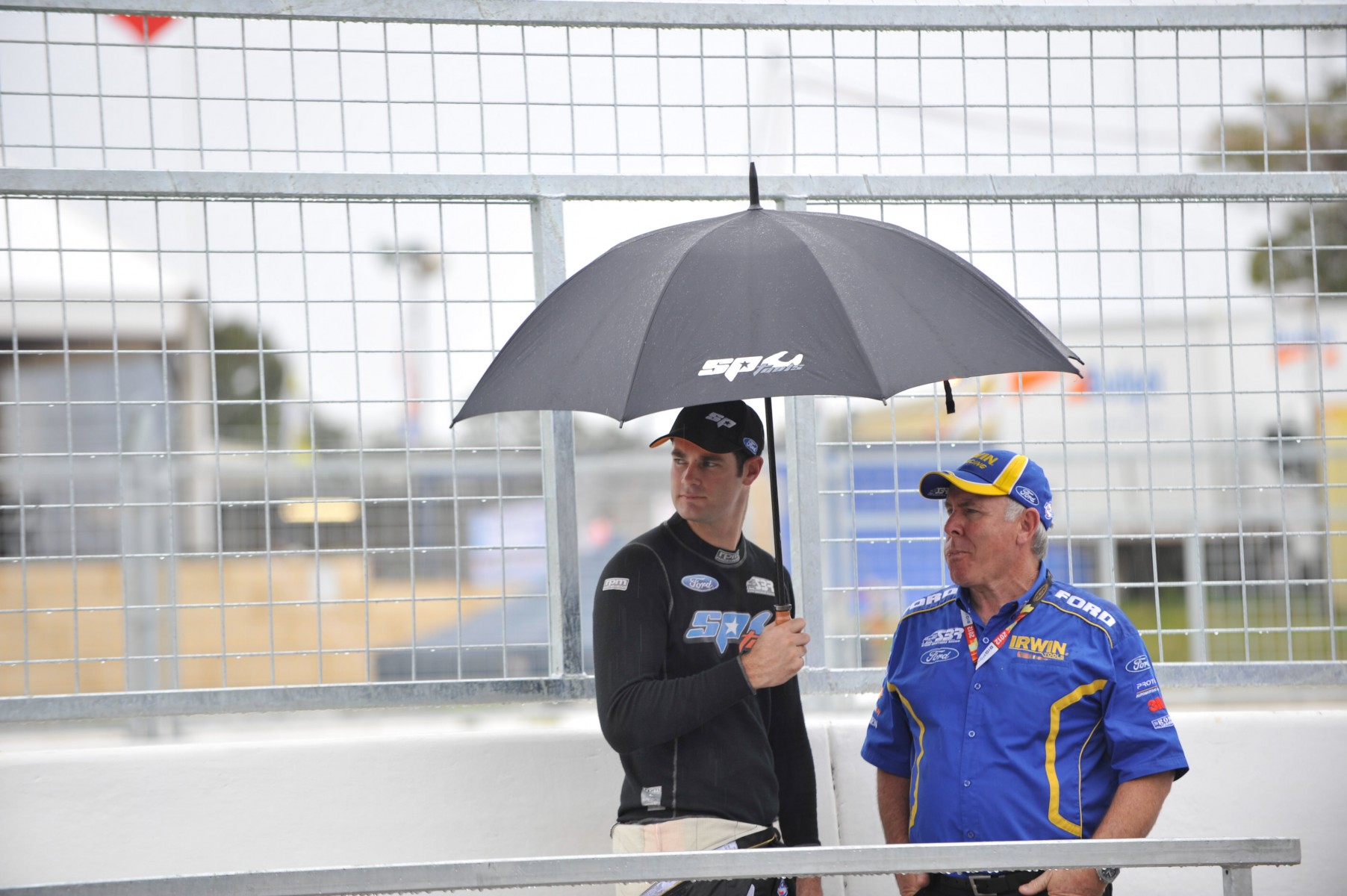 Over four years on from a bitter split, Shane van Gisbergen has made peace with the man that brought him into the Virgin Australia Supercars Championship, Ross Stone.

In a lengthy interview with Inside Supercars on Fox Sports, van Gisbergen revealed a recent meeting with former team owner Stone to clear the air.

The pair had not spoken since the driver left Stone Brothers Racing in a cloud of controversy at the end of the 2012 season, shortly after signing a new three-year contract.

Van Gisbergen’s decision to exit came ahead of SBR’s transition to Mercedes-AMG equipment under its new Erebus Motorsport ownership.

Initially announced as a sabbatical from the sport for the driver, van Gisbergen subsequently joined Tekno Autosports in a move that triggered an 18-month legal battle.

“We’ve only sort of just patched all that stuff off now,” Van Gisbergen told Inside Supercars’ Neil Crompton when asked of how his exit from SBR was handled.

“I actually got friendly again with Jimmy (Stone, SBR co-owner) a couple of years ago but Ross only a couple of weeks ago. That was a pretty cool moment.

“At that time it wasn’t really done right. I didn’t want to be part of the new thing (Erebus).

“I thought it was not going to be competitive. I was already struggling through 2012.

“I was happy to sit on the couch in 2013 and go race speedway again or something overseas, but the opportunity with Tekno came about.

“As a driver, getting a Triple Eight car the same spec as what I’d envied for years was pretty hard to turn down.

“It was the right decision career-wise for sure, but outside of that a lot of stuff didn’t go well.

"It is what it is, but I think I’m a better person and driver because of it.”

Ross Stone confirmed to Supercars.com that he reached out to van Gisbergen on the eve of last year’s Supercars season finale at Sydney Olympic Park, wishing him luck as the driver looked to secure his first title.

A brief conversation at the subsequent Supercars Gala Awards, where the Stone brothers were inducted into the Hall of Fame, then led to a lengthy meeting in mid-February on the Gold Coast where the rift was finally mended. 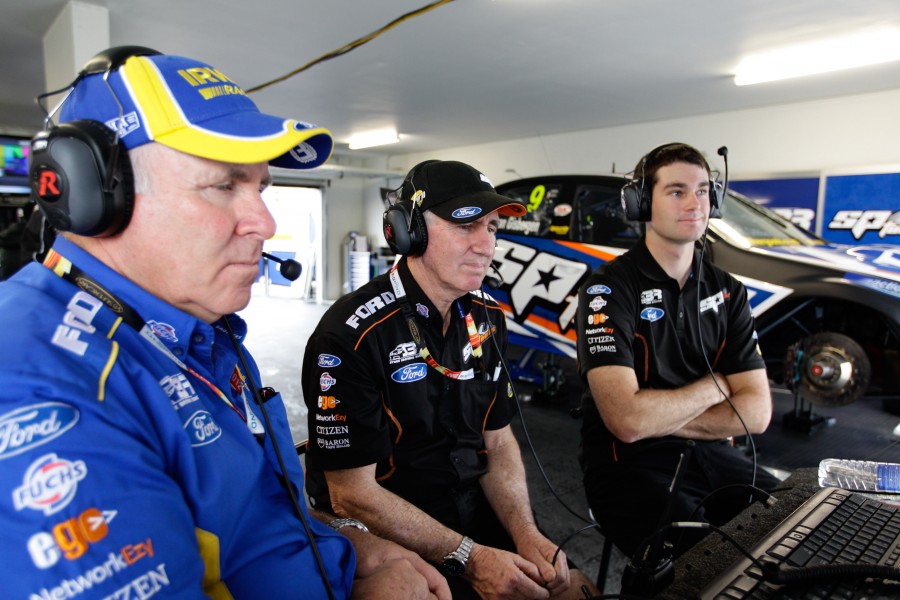 “The years have flashed by and I hadn’t been to many races or spoken to Shane since it all went pear-shaped,” Stone explained to Supercars.com.

“I sent Shane a text before Sydney wishing him all the best for the weekend and said ‘by the way, there are a lot of things I don’t understand what happened with, so if you ever want to catch up I’m around’.

“Shane responded and we decided to get together. Because he’s away so much, we didn’t catch up until a couple of weeks ago, but we had a coffee and went over it all and I’m pleased to say that it’s all behind us now.

“I don’t want to go into the detail, but we had a wide-ranging discussion about what happened.”

Stone had first encountered van Gisbergen at the 2006 Pukekohe Supercars event, watching trackside as the 16-year-old pulled off a bold outside pass at the high-speed turn one on the way to securing the New Zealand Formula Ford Championship.

Following an introduction from Kiwi racing legend Ken Smith, Stone kept an eye on the teen’s progress in the following summer’s Toyota Racing Series before inviting him to test a Supercar.

Impressed by van Gisbergen’s ability to adapt to the touring car, SBR placed van Gisbergen in a third entry under the Team Kiwi banner from 2007’s Oran Park round onwards before promoting him into its #9 entry a year later.

Despite early promise it took van Gisbergen until April, 2011 to win his first Supercars race with SBR, scoring a memorably victory on home soil in Hamilton.

Van Gisbergen took a second triumph later that year at Hidden Valley on the way to fourth in the standings before slipping to sixth in a winless 2012 season that saw his relationship with the team fall apart.

Further reflecting on his SBR exit, Van Gisbergen admitted that the way it was presented – which included rival drivers signing a bonnet wishing the Kiwi well in his sabbatical – strained relationships with many in the paddock.

“Of course (it did strain relationships) because at that stage I wasn’t coming back,” he said.

“I was happy to go home and soon after I was back in my speedway car at Waiuku Dirt Track, loving life and just enjoying racing for fun again.

“At that stage it was a pretty cool time but then early January when it came about (the deal with Tekno) it was pretty frosty with a lot of other people.

“It was a difficult time but a good one as well.” 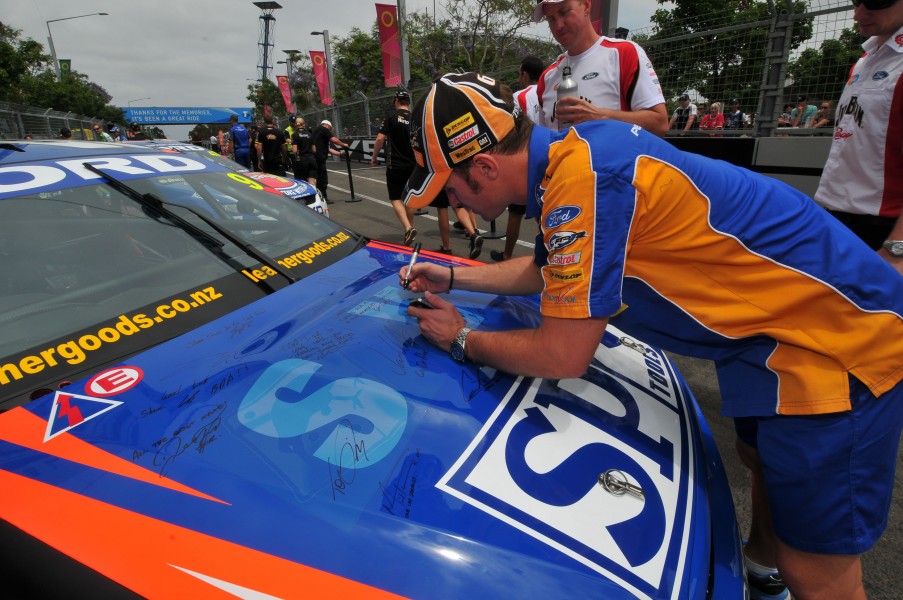