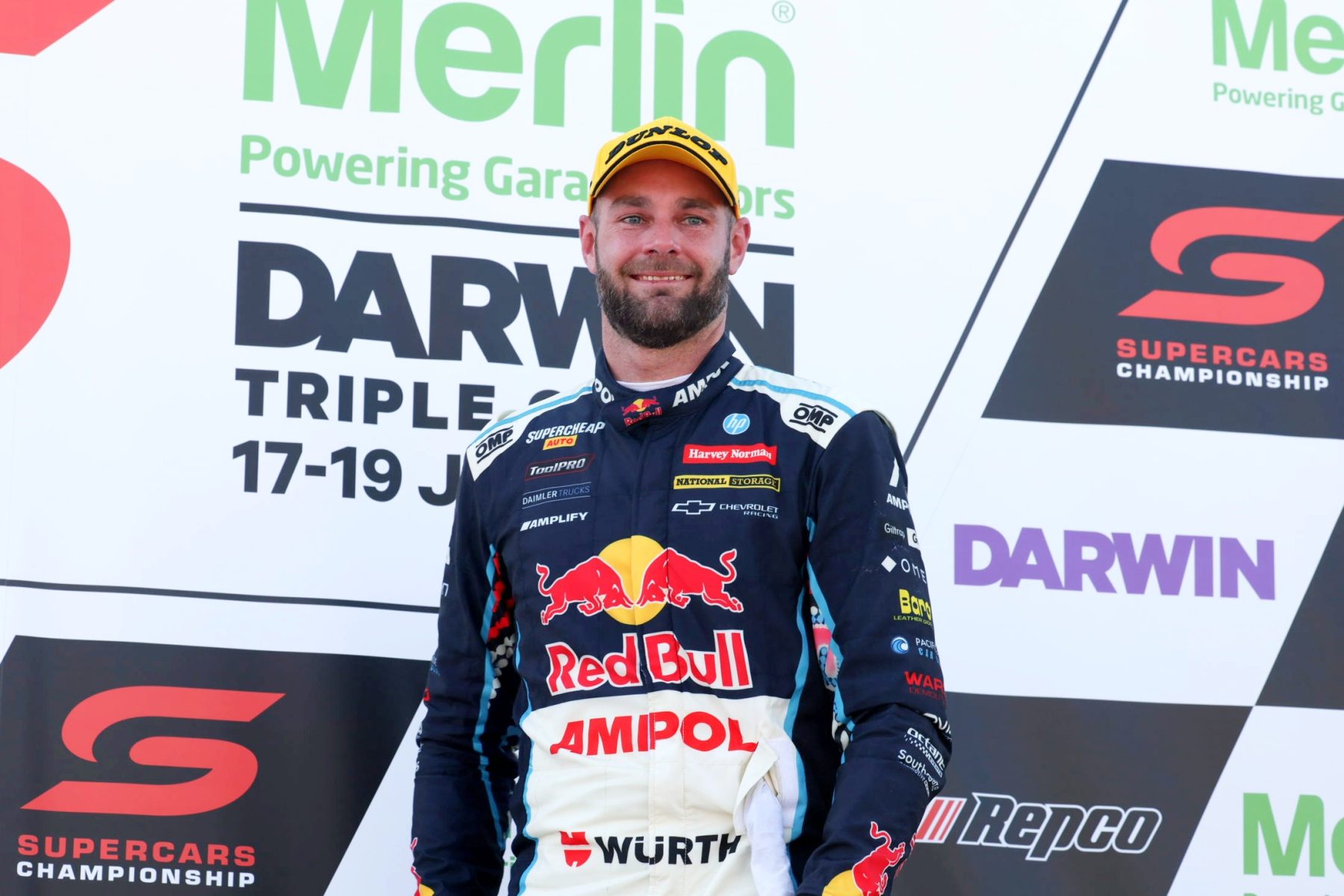 However, he lost time following dramas with the left rear wheel.

First, the new wheel was knocked away, before more time was lost fitting the wheel.

Van Gisbergen emerged a net sixth, but fought to the rear of Will Davison for second.

He settled for third, but managed to take the five bonus points for the fastest lap.

"Our race was good and bad,” he said.

"We were just following the leading cars for most of the race.

“We tried a different strategy in our pit stop by changing three tyres, mainly to get the fastest lap but also to have a shot at the Shell cars in front.

"Unfortunately, our pit stop didn’t go too well today which meant we ran out of laps at the end of the race to gain any more positions.

“It was good to get a podium in the end.”

All told, van Gisbergen only gave away a net nine-point loss to De Pasquale, who is now 272 points behind. 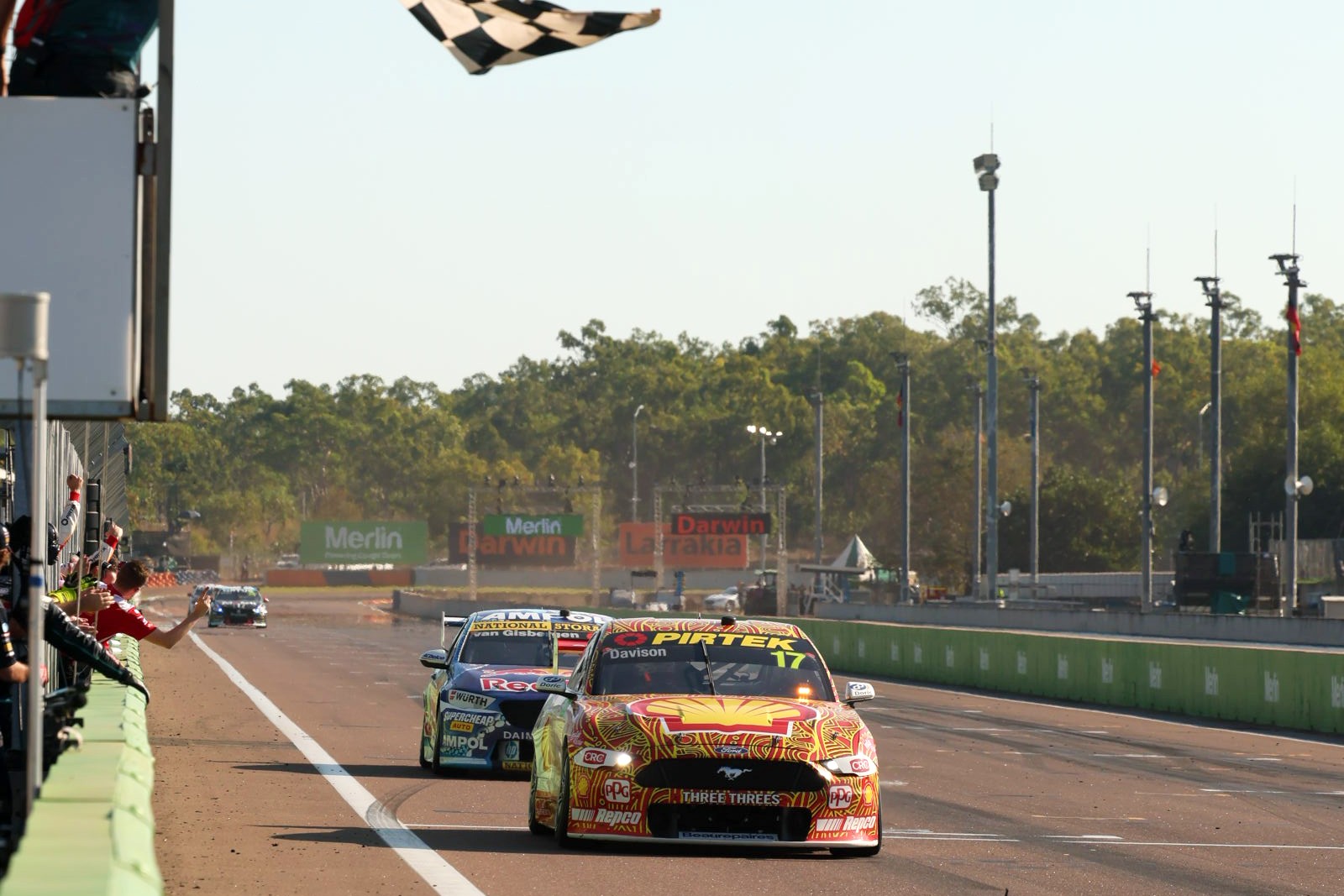 Van Gisbergen claimed he was “never going to pass” the lead Fords.

However, as he said at the previous round at Winton, the risk wasn’t worth it considering he already had the bonus points in the bag.

"The two-tyre pit stops are definitely the way to win the race because you can’t pass,” he said

“We really wanted those extra points from the fastest lap.

"We were never going to pass the Shell cars, they’re too good, so we thought we’d try the three-tyre strategy.

"We knew we’d give up some spots in the race, but we were able to reduce the deficit by getting those extra points."