Shane van Gisbergen is eager to get to work with new co-driver Matt Campbell as the German-based Porsche star reacclimatises to Supercars this week.

The Queenslander’s enduro campaign with Nissan Motorsport last year alongside Todd Kelly is his only Supercars experience to date.

Campbell has starred so far this season and sits third in the standings after taking his second win of the campaign at Monza, Italy, on the weekend.

He’s now on his way back to Australia and will test with Van Gisbergen and Red Bull at Queensland Raceway on Wednesday, adding to miles clocked during a similar Ipswich test in June.

Van Gisbergen says that making sure Campbell does not fall foul of any of the category’s rules or procedures is more of a focus than helping him get up to speed.

The team went through a similar process with Premat, whose restart infringement on the Gold Coast proved the only minor blemish on an otherwise stellar campaign. 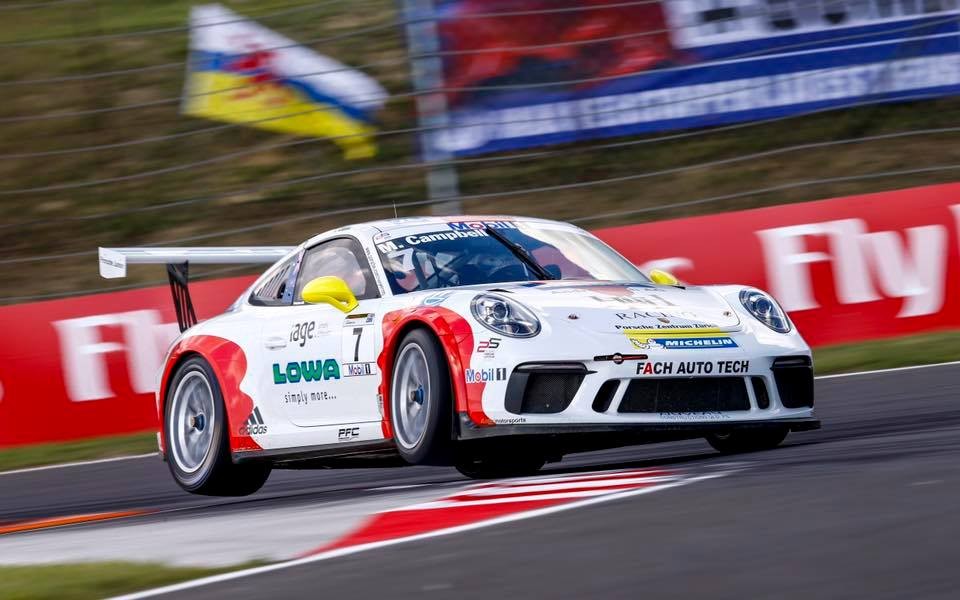 “He’ll get up to speed pretty quick, but in the V8 side of things we’ll have a fair bit to coach him on, so to say.

“It’s just all the little things, the rules, the way the races work might take a bit of adjusting, but someone of his quality should find it pretty easy.”

The 2016 enduros proved the making of the Kiwi’s maiden Supercars championship title, taking a lead he would never lose with second at Sandown.

Backing that up with a second at Bathurst and a first and second in the respective Gold Coast 600 races also gave Van Gisbergen and Premat the PIRTEK Enduro Cup.

“The next two or three races will tell us how our year is going to finish, so we need a good result at Sandown and then Bathurst,” said Van Gisbergen.

“I love the enduros, the way the team environment and everyone works together is pretty cool.

“It’s a long day, you’ve got to get everything right with no mistakes all day and the whole team, including the drivers, has to perform. Being part of all that is always exciting.”