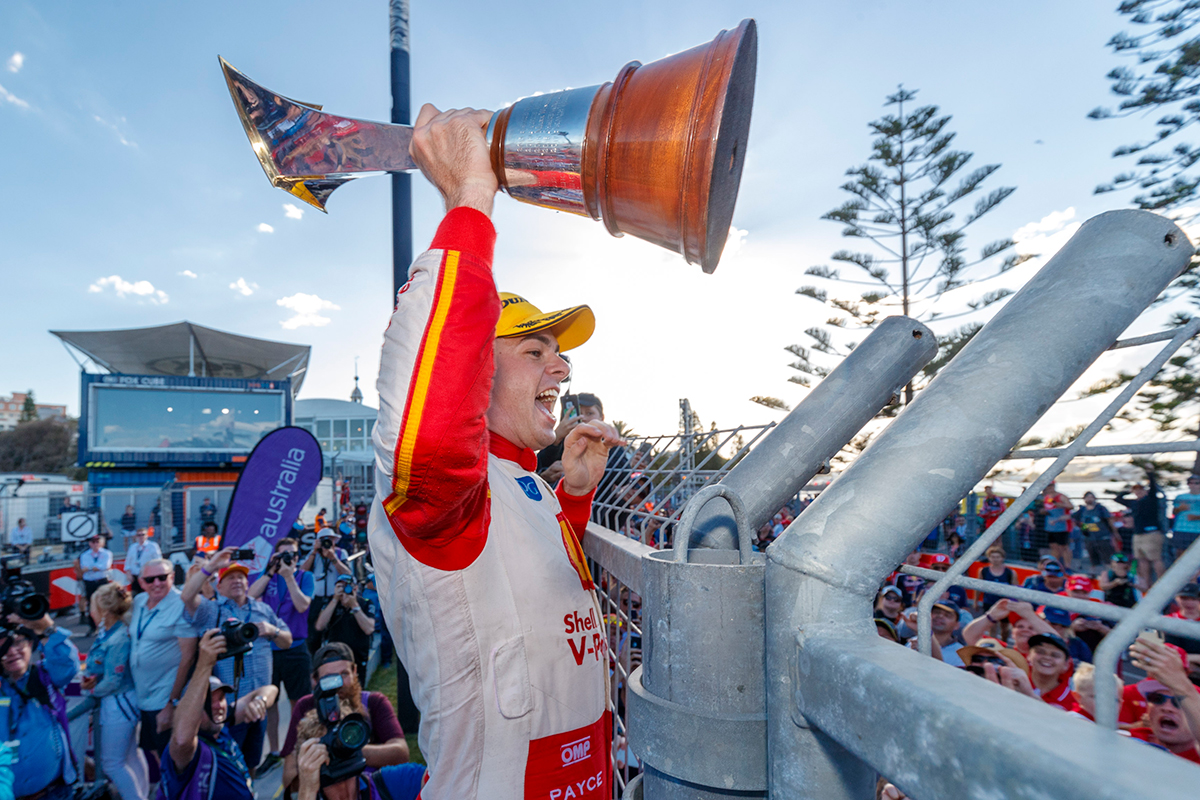 McLaughlin and van Gisbergen started the Coates Hire Newcastle 500 split by 14 points in the fight for the 2018 title, a margin that initially fell to two points when the latter won Saturday race.

Sunday morning brought a penalty for van Gisbergen for a refuelling breach on Saturday that handed McLaughlin that victory and a 53-point championship lead.

It meant the Shell V-Power Racing driver only had to finish sixth on Sunday to ensure he secured a maiden championship, even if van Gisbergen won.

The shift away from a winner-takes-all battle, though, had shades of 2017, when McLaughlin lost in heartbreaking circumstances despite starting 78 points clear of Jamie Whincup.

There was no repeat 12 months on, with McLaughlin controlling the race and winning the title with second place, relinquishing the lead to David Reynolds late.

"I put more pressure on myself when he did get the penalty," McLaughlin said.

"I guess there was more to lose, kind of like deja vu with the same amount of the points gap to Jamie last year.

"It's something I've worked on since last year, you [can] count your chickens too early.

"When the penalty was handed down, I just pretended that it was still a two-point gap, and that's why when I got pole this morning I was pretty pumped about it.

The 25-year-old said he struggled to sleep overnight, with the weight of the occasion and his 2017 experience.

"I've sort of just tried to learn from it," he said.

"The first thing I got taught by Roger [Penske] was 'let's turn this negative into a positive'. I felt that's what we did.

"[It's been] emotionally draining all year and even last night, I was like 'oh my god, is this deja vu?'

"I had to calm myself down a fair bit." 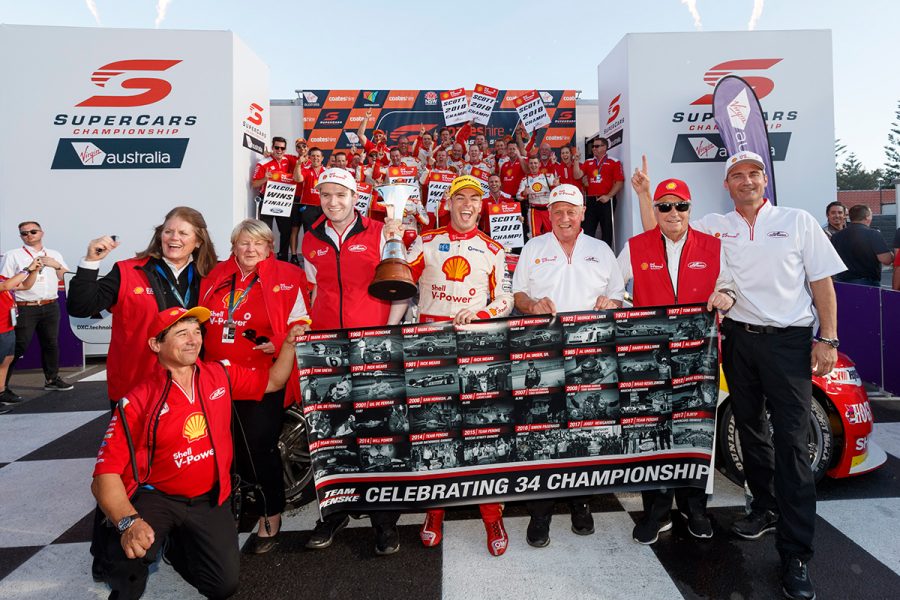 In addition to being a "massive weight off the shoulders", McLaughlin's title is the first for DJR Team Penske since the American giant's involvement started in late-2014.

Roger Penske and Team Penske president Tim Cindric were in Newcastle for the occasion, while the last of Dick Johnson Racing's crowns came in 2010 with James Courtney.

"I think the biggest thing, just trying to realise that I've won Penske a championship and I've won DJR a championship, added to their tally," said McLaughlin.

"I'm just so blown away, the support the American guys have given us, every time I go over there and watch a race they know exactly what we're doing.

"We're not just the little guy down under, we're fully entrenched in the team."